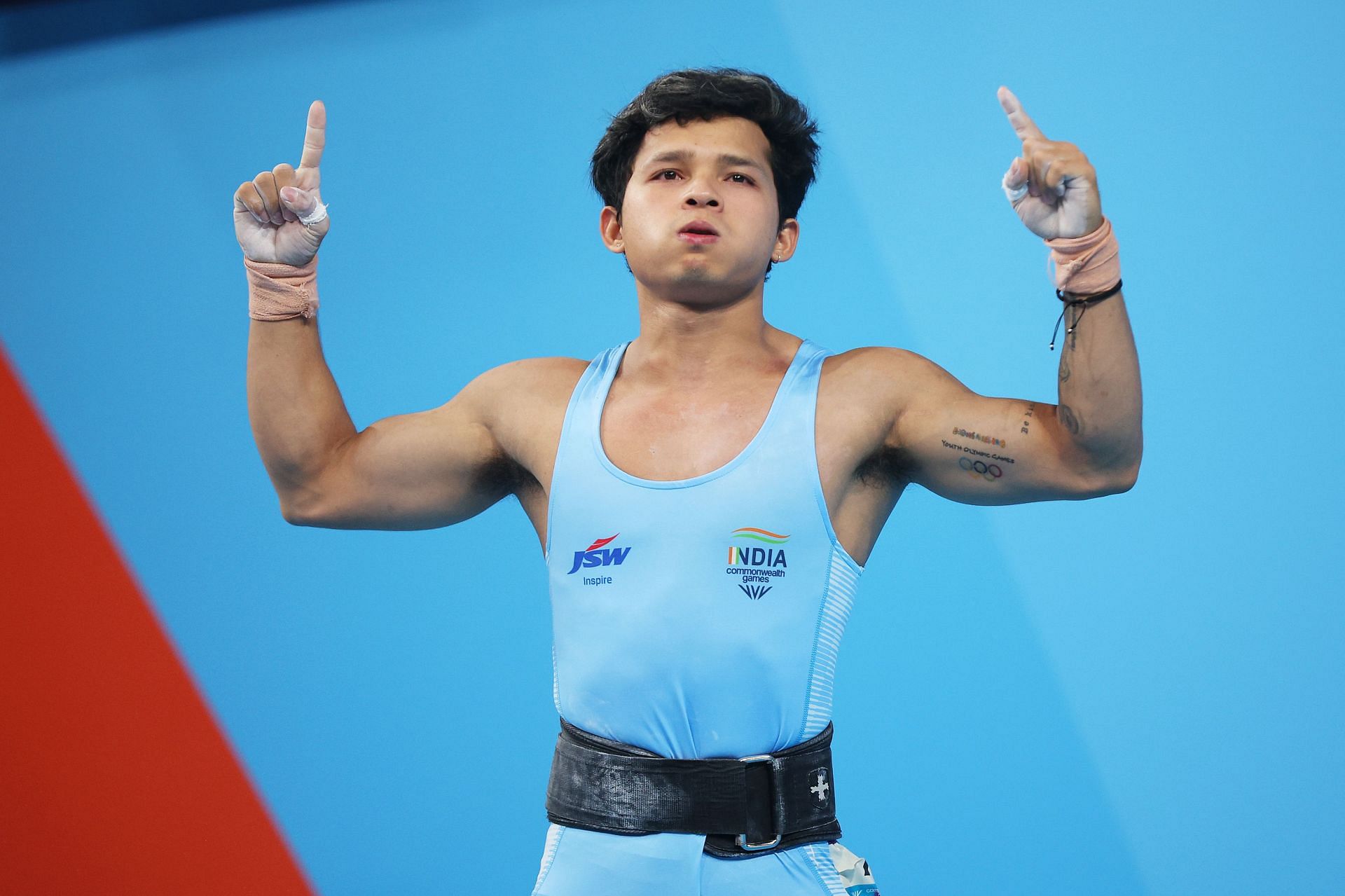 In a battle of two champion weightlifters, India’s Jeremy Lalrinnunga and Achinta Sheuli will vie for the lone spot in the 73kg category at the 2024 Paris Olympics.

The two weightlifters competing for one spot comes in the wake of Jeremy Lalrinnunga’s 67kg spot not featuring in the quadrennial Games. The International Weightlifting Federation (IWF) has scrapped the 67kg category from the Olympics. accordingly, Lalrinnunga will bulk up to the 73kg category.

Both Lalrinnunga and Sheuli won gold medals in their respective categories at the recently concluded 2022 Commonwealth Games in Birmingham.

With only one weightlifter per country allowed in each category, Sheuli, who is the national record holder and reigning CWG champion in the 73kg division, will compete with Lalrinnunga for the lone spot.

Read: CWG 2022: Weightlifter Sanket Mahadev Sargar undergoes elbow surgery, to be out of action for more than 6 months

This will not be the first time Jeremy will have to bulk up. The 19-year-old lifter won the 2018 Youth Olympics gold medal in Buenos Aires in the 62kg category. He had then moved to 67kg to comply with the new Olympic weight categories the IWF had introduced then.

Jeremy Lalrinnunga, Achinta Sheuli among others to train in US

The weightlifters are currently in a training-cum-strength-and-conditioning camp in the United States of America.

Also read: “We look up to Mirabai for inspiration”- After Jeremy Lalrinnunga and Achinta Sheuli, Mirabai Chanu gets shoutout from gold medalist Nooh Dastagir Butt

Horschig is an instrumental figure in the Indian weightlifting scene. He has fine-tuned Mirabai Chanu’s snatch technique in the recent past, which has been lauded by many.