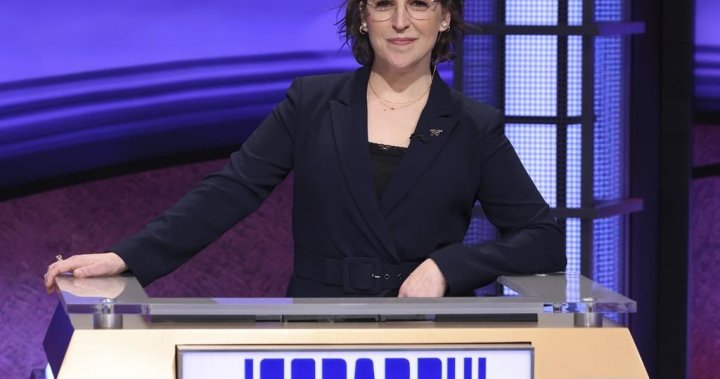 “Jeopardy!” is holding on to both its hosts while reaching to conquer new ground, variety.com reported Wednesday.

The venerable game show confirmed that it has signed long-term deals with both current co-hosts Mayim Bialik and Ken Jennings, who will continue to co-host the show as Sony Pictures Entertainment and executive producer Michael Davies plan to expand the franchise.

“The fact is, we have so much Jeopardy! to make, and so many plans for the future, that we always knew we would need multiple hosts for the franchise and we are just so grateful that Mayim and Ken stepped in and stepped up to put the show in a position to succeed,” said Davies in a memo to staff Wednesday.

READ MORE: By the numbers – Jeopardy! champion Mattea Roach and her her rise to TV stardom

Jennings will host as the show kicks off its new season in September, and will preside over an inaugural “Second Chance” competition as well as the program’s Tournament of Champions. His initial Bialik, meanwhile, will host “Celebrity Jeopardy!” on ABC in primetime. and then take over hosting duties for the syndicated program in January. Under the current plan, says Davies, producers want her “to host a couple of new tournaments as well as the ‘Jeopardy! National College Championship ‘and as many weeks as she can manage with her dela other primetime commitment to “Call Me Kat.” We know you value consistency, so we will not flip flop the hosts constantly and will keep you informed about the hosting schedule.”

Fans of the mainstay show will be able to seize upon some new digital extensions. Starting Monday, “Jeopardy” will release a three-minute highlight recap of the day’s episode on the show’s website, across its social-media platforms, and with our partners. And plans are afoot for the launch of a new weekly “Inside Jeopardy!” podcast that will be hosted by producers, including Davies. The new program will offer a behind-the-scenes look at the show, offering analysis of games, stories from behind the camera, official announcements and special interviews.

The dual-host solution speaks to the ambitions behind the venerable game show, which originally debuted on NBC in 1964 before evolving into the current early-evening version 20 years later. “With all of our plans for ‘Jeopardy!’ — which is more ‘Jeopardy!,’ not less, more versions — we’re going to need multiple hosts to represent the entire audience, to represent the entire country, in order to take this franchise forward,” executive producer Michael Davies told Variety in June.