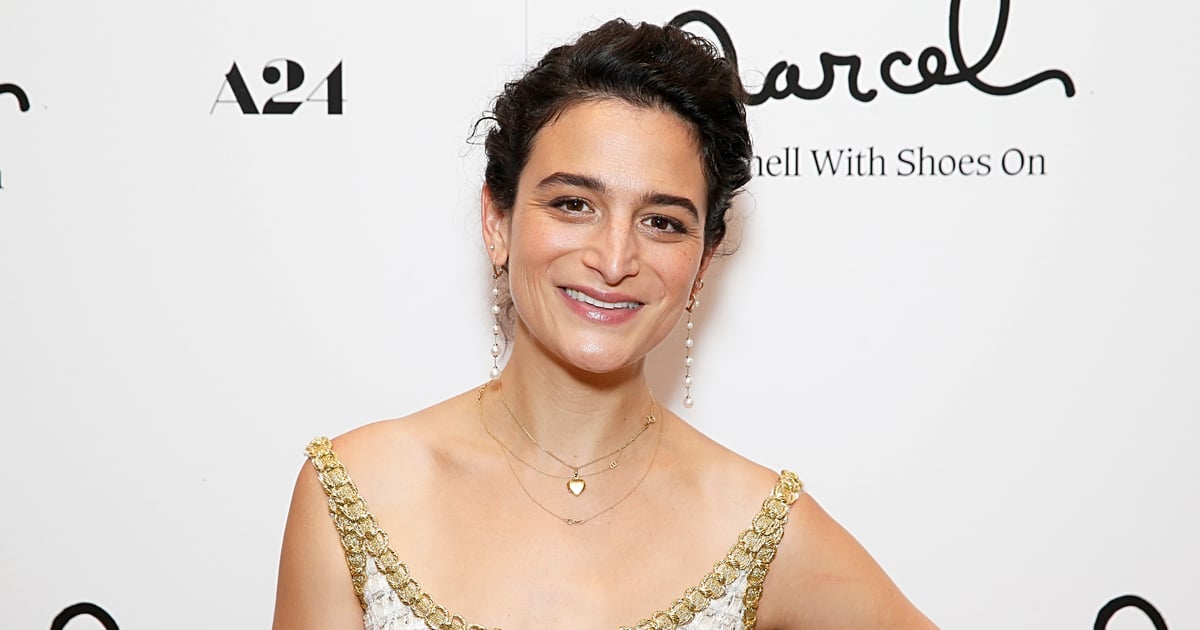 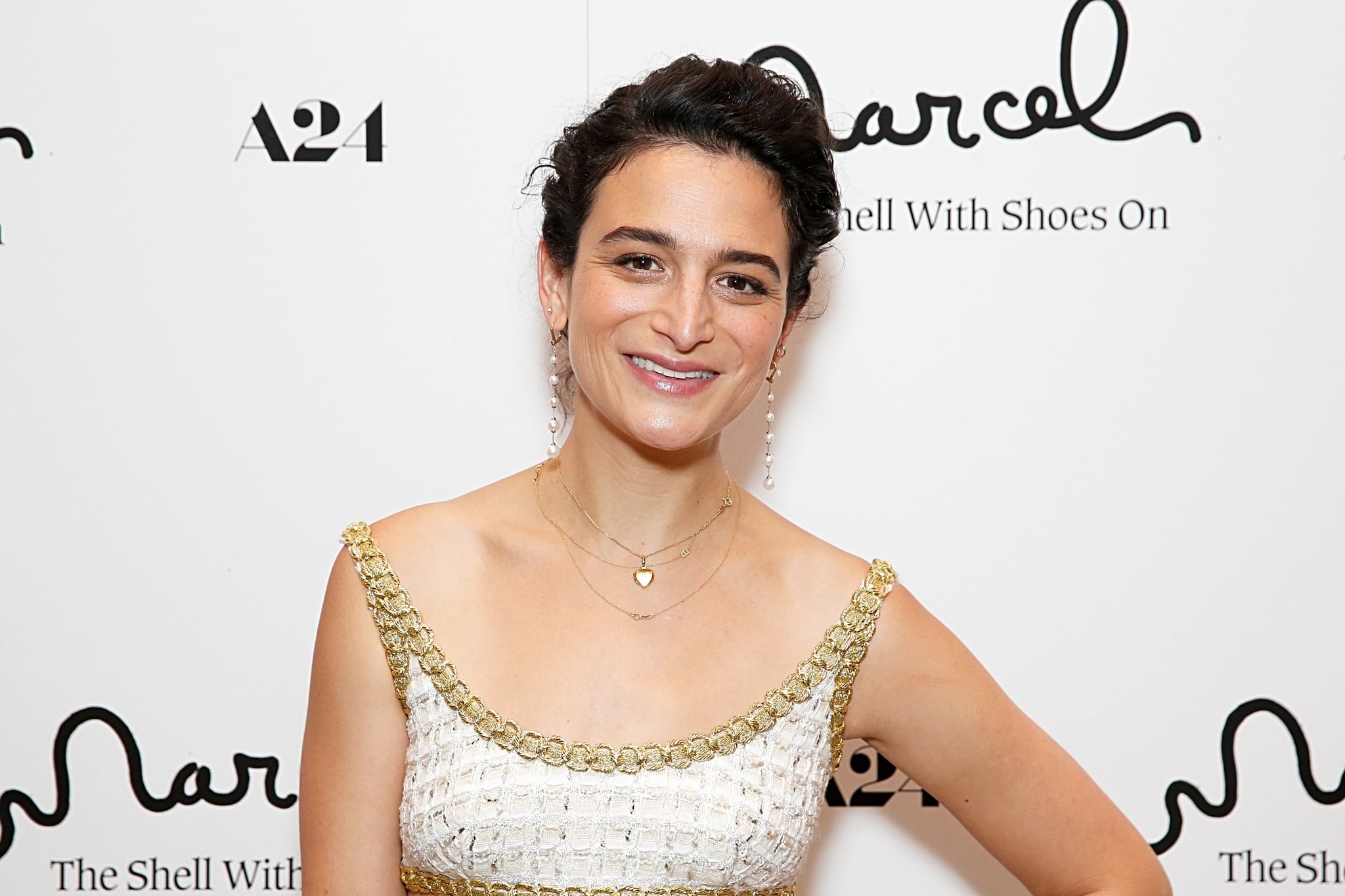 Jenny Slate is ready to introduce Marcel the Shell to the world again. The character first came to life in a 2010 YouTube video titled “Marcel the Shell With Shoes On,” a collaboration between Slate, who voices the little guy, and director Dean Fleischer-Camp. It became a viral sensation, racking up millions of views. The pair revisited Marcel in two more videos, in 2011 and 2014, and also instantly released two children’s books based on the beloved character.

But when the trailer for the “Marcel the Shell With Shoes On” movie dropped in April 2022, many people reacted in surprise, as they didn’t know the film had been in the works at all. It had been so long since the last Marcel video — did we really need a full-length movie?

“Marcel doesn’t have any ulterior motives or any needs from the internet.”

Slate tells POPSUGAR that she and Fleischer-Camp worked on the movie together privately for seven years. “People are compelled these days, obsessively compelled, to go on the internet and blast it out and say when they even have a speck of an idea. That’s really not where I think that I am,” she says. Slate tries to stay offline so she’s not affected by how people respond to the art she makes.

She thinks Marcel himself has a similar attitude about life on the internet. “Marcel doesn’t have any ulterior motives or any needs from the internet,” she says. “The character of Marcel is not a real person. He does not care if you subscribe to his thingy ele, or you follow him on this or that, that’s not his deal ele.” Marcel, she says, is outside the internet “marketplace,” and that’s part of why interacting with him feels so good and pure.

“He stands as a lighthouse. He is a full person with a complex emotional makeup,” she explains. “He says, ‘Here I am, I’m still here. Anybody can come over here and join me if you want to, when you’re ready.'”

The other key to Marcel’s connection with audiences is, of course, how adorably tiny he is. “Marcel is physically small, and he shares and shows his feelings whether or not he even means to, much like a child does,” Slate says. “It reminds people a lot of their own larger feelings that they’ve experienced. And creates kind of a tenderness for how hard it can be just to be a person and how beautiful it is to live your days.”

In the movie, Marcel’s world expands outside the short videos Slate and Fleischer-Camp originally made. Marcel lives with his 90-something-year-old Nana Connie, voiced by the legendary Isabella Rossellini. Slate, who gave the character her own grandmother’s name, says, “This character is a real amalgam of my grandmother, Dean’s grandmother, our cowriter Nick Paley’s grandmother, [and] our feelings generally about our elderly family members.” They didn’t want Marcel to be totally alone in the film, and adding an elderly relative of Marcel’s felt like the right choice. She adds, “Older people have usually been through cycles of losses and gains and growth. It feels good to show Marcel kind of going through one of the first big changes in his life, paired with an older relative who has already had so many changes.” 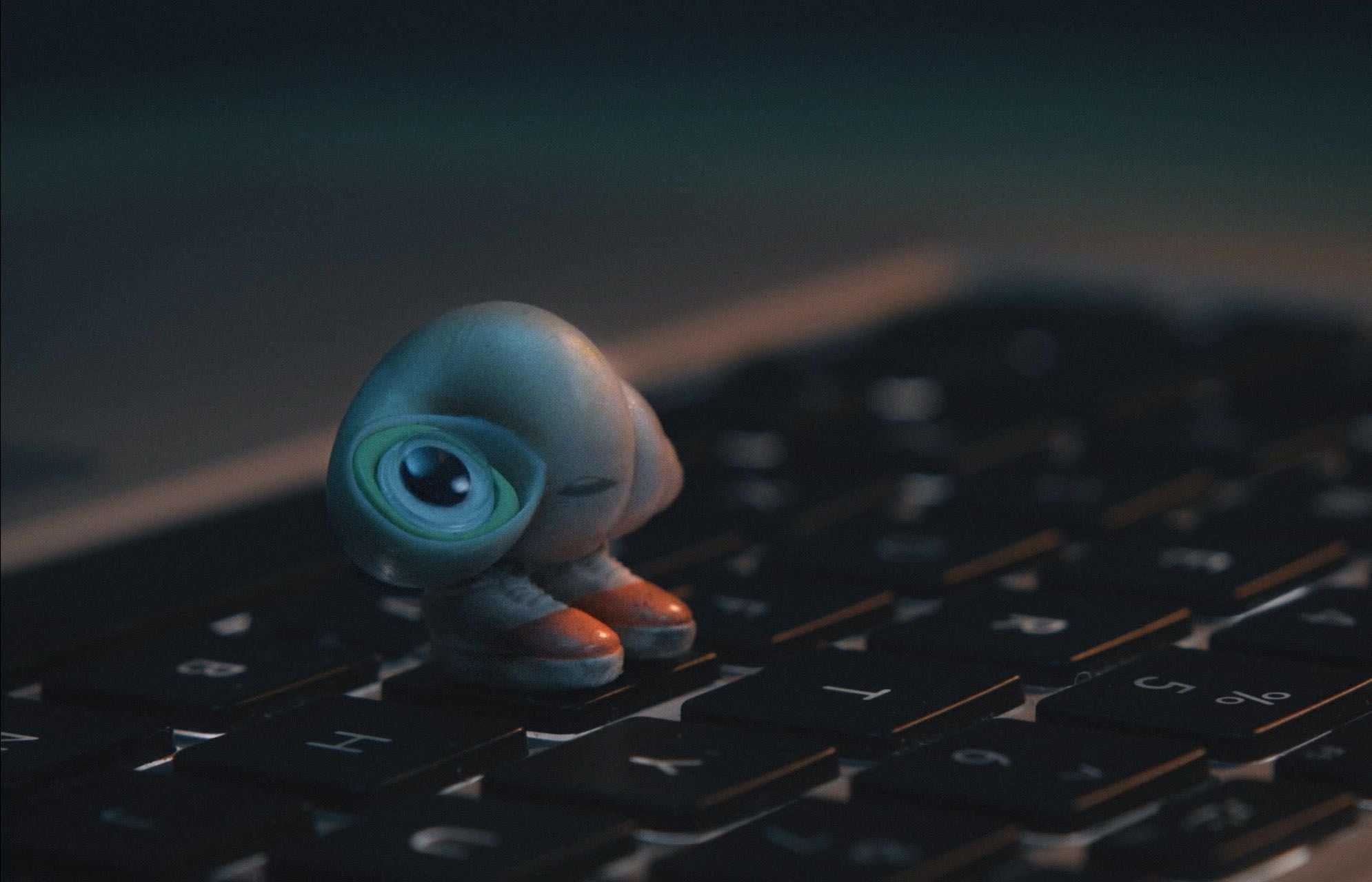 The movie was on its way to screens well before COVID-19 changed the world in 2020, but Slate admits there’s a pandemic vibe to the film, which is focused on Marcel and Nana Connie living alone in a big, empty house. Slate doesn’t think the movie is more important now because of the pandemic — “I always thought it was important” — but she does think people “need” art like this right now.

“It was important just for me as an artist to create something that I felt fully satisfied with and fully seen by,” Slate says. “I really like doing this work.”

This summer, Slate is also partnering with Tillamook County Creamery Association to bring back its Partnership For Creamier Ice Cream. She says, “They actually have more cream than any other ice cream.” She adds Slate, “I like that the Tillamook partnership is about sharing the ice cream, is about making sure that the people that you like and love get the current best ice cream.”

Slate grew up in Milton, MA, and she still remembers fondly visiting the ice cream shops with her family in her hometown. “If you’re from Massachusetts, you might know Cabot’s,” she says. “But then I used to go to this place called The Ice Creamsmith, which was in Milton Lower Mills. . . . . But of course I would always go to the Dairy Freeze on the line between Milton and Quincy, Massachusetts.”

Slate’s love of family, connection, and joy (through ice cream and other interests) is all over “Marcel the Shell With Shoes On.” It’s a touching movie — in fact, don’t be surprised if you cry for a big chunk of its 90-minute running time. But it rises above cheese and cliché, instead creating an emotive portrait of grief and happiness and the ups and downs of connection in the internet era.

“Marcel the Shell With Shoes On” hits theaters on June 24.