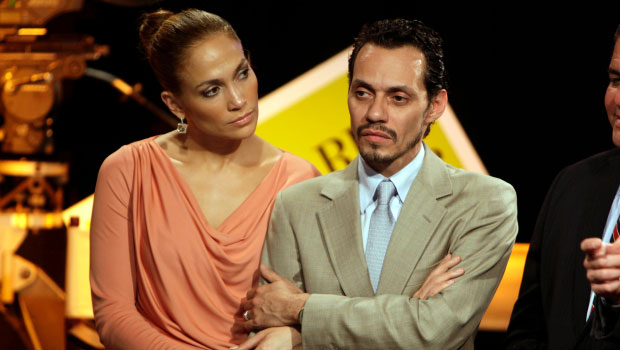 Jennifer Lopez and Marc Anthony remain friends and co-parents after their 2011 split — and a source tells HollywoodLife EXCLUSIVELY how she feels about his engagement to Miss Universe contestant Nadia Ferreria! “Jen stopped having an opinion about Marc’s romantic life a long time ago. It’s been so many years since they broke up at this point and they’ve both moved on with other people,” the source told HollywoodLife. The insider revealed that the “I’m Real” singer even sent flowers to Marc and Nadia’s house to congratulate them!

Nadia, 23, took to Instagram on May 13 to show off her gorgeous large diamond ring after Marc proposed to her in Miami. This will be Marc’s fourth marriage, and second since he was wed to Jennifer Lopez from 2004 to 2014. He co-parents two children with Jennifer, twins In me and Max Muniz.

As where Jennifer and Marc stand in their relationship, they are primarily focused on their children, according to the source. “One of the reasons Jen and Marc’s coparenting relationship works so well is because they keep their conversations all about the kids. The only thing that matters to her is that anybody he’s with is good to Max and Emme,” they said. Jennifer and Marc currently attend many of their children’s events together to support Max and Emme.

Jennifer Lopez’s Engagement Rings: Photos Of Her 6 Rings, Including Her Green Diamond From Ben Affleck

Jennifer herself got engaged to her significant other Ben Affleck in April 2022, an event which was also reportedly well received by her ex-husband. “Marc was nothing but happy for Jen when he found out about her engagement from her to Ben,” said the source.

Jennifer and Ben rekindled their relationship in April 2021 after she and baseball star Alex Rodriguez broke up earlier that year. In February 2022, Marc mysteriously posted a bunch of laughing emojis on the report that Alex believes that Jennifer might “miss what they had together.” The comment from Marc made it clear that Jennifer and Ben are going strong, and that she has put the past behind her.

Marc Anthony’s Wife: All About His Relationships With Nadia Ferreira, J.Lo & More