Actress Jennifer Coolidge has revealed the famous role that got her plenty of “action” in the bedroom.

speaking to Variety, Coolidge, 60, revealed that it wasn’t her bend and snap, but rather her role in American Pie as Stifler’s mum, that piqued the interest of various romantic suitors.

The actress, who stars in the Emmy-nominated TV series The White Lotussaid “there would be, like, 200 people that I would never have slept with.”

It’s not the first time Coolidge has let the public into some private details about her dating life.

In 2020, Coolidge revealed a wild story in which she intended to be a twin so she could date two men at the same time.

“Quite a few years back, I did come to Hawaii, and – when you come and you’re on vacation alone, you can kind of create anything you want,” she told Kelly Clarkson on The Kelly Clarkson Show.

“I ended up meeting these two guys who were best friends, and I liked them both, and so I told them that I had an identical twin. And I dated both guys for two weeks.”

The actress joked that she wouldn’t get away with it now.

“I don’t know if I would have the guts to do that now, but at the time, it really was sort of a great decision,” she said. “Because, you know, when you’re younger, you can just about get away with anything.”

When in Hawaii, we guess!

Coolidge, who is now a well-known face on the TV and cinema screen, didn’t have so much luck at the beginning of her career.

She tells Variety that prior to her breakout roles in American Pie and Legally Blondeshe was pretty much at her wits’ end when it came to auditions.

Though there was some benefit to losing out so much.

“The fear is gone when you’re so used to losing. There’s some freedom in that,” Coolidge said.

The star was a sought-after face for The White Lotus‘ creator, Mike White, who wrote the role of Tanya McQuoid for her.

While Coolidge ummed and ahhed about taking on the role, White said he wouldn’t accept any other answer but yes.

“There was just no way she was ever going to say no, because I would have forced her by her hair. The reason I was doing this was to do it with her,” he told the publication. 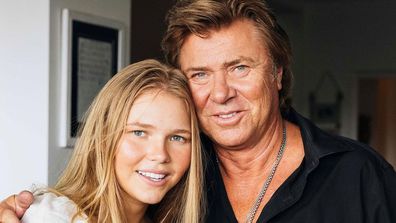