Former child star Jennette McCurdy has read out an email her late mother sent her when she was younger, in which she called her a “slut”, “evil” and “conniving”.

speaking to Jada Pinkett Smith on her talk show Red Table Talkthe Icarly actress read out the email sent by her mother Debra McCurdy, which is included in her bombshell memory I’m Glad my Mom Died.

“I am so disappointed in you. You used to be my perfect little angel but now you are nothing more than a little SLUT,” one line said.

McCurdy pointed out the word ‘slut’ had been capitalized in the original email.

Watch the video of McCurdy reading out the email on the talk show above.

The email continues: “[You’re nothing more than] a floozy, all used up.”

Debra, who died in 2013 after a 15-year battle with breast cancer, then touches on some racy photos that emerged of the actress at the time. The photos apparently show her with a man.

In the email, Debra assumes her daughter had sex with him, writing, “And to think you wasted it on that hideous ogre of a man. I saw the pictures on a website called TMZ I saw you rubbing his disgusting hairy stomach. I knew you were lying…

“Add that to the list of things you are: liar, conniving, evil. You look pudgier too, it’s clear you’re eating your guilt. Thinking of you with his ding-dong inside of you makes me sick.”

The comment about McCurdy’s weight is particularly triggering, as the star has revealed she suffered from an eating disorder and restrictive eating while growing up. In her memoir, the actress explains this was fueled by her mother, who made her diet, calorie count and over-exercise constantly as a young girl and teenager.

McCurdy continued: “I raised you better than this. What happened to my good little girl? Where did she go and who is this monster that has replaced her? You’re an ugly monster now.

“I told your brothers about you and they all said they’d disown you just like I do. We want nothing to do with you. Love, Mom – or should I say Deb since I am no longer your mother? PS: Send money for a new fridge, ours broke.”

While the hosts were quiet after McCurdy finished, the star tried to lighten the mood with a laugh.

Underneath the clip, which was streamed on Facebook Watch, viewers have shared their dismay over the email.

“No mother should EVER TALK ABOUT HER CHILDREN THIS WAY…EVER,” one person commented.

Another wrote: “I thought my mum was bad, poor girl. I hope she finds peace.”

“In shock a mother could spew such bile towards a daughter. Soo hateful, the mum needs to be in therapy,” a third person added.

If you, or someone you know needs support relating to eating disorders, please call The Butterfly Foundation on 1800 33 4673 or speak to one of their friendly counselors at butterfly.org.au. In an emergency, call 000. 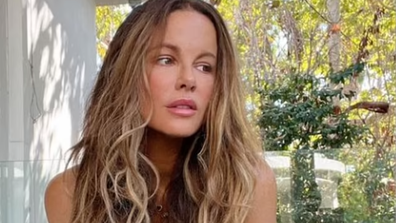