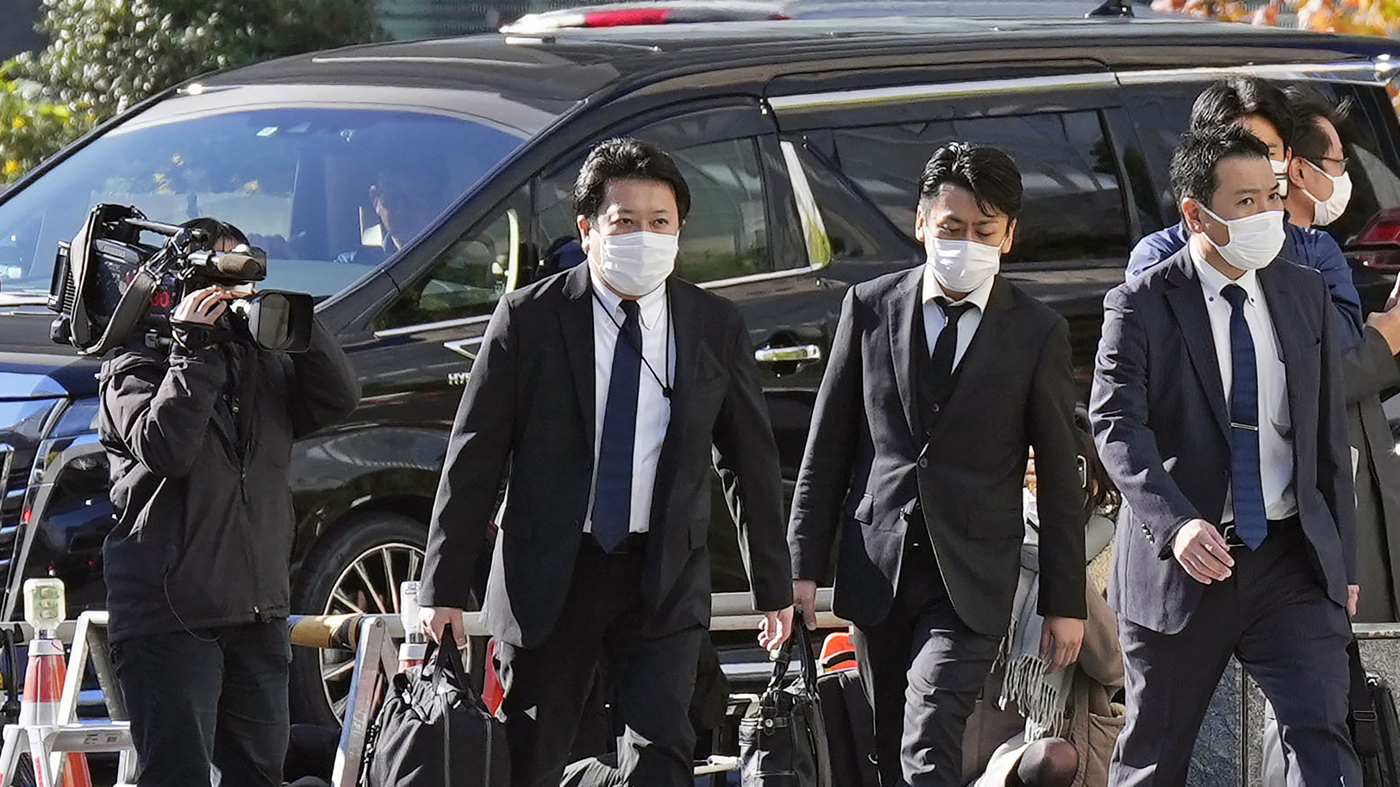 Investigators enter the headquarters of major advertising company Dentsu in Tokyo Friday, Nov. 25, 2022 as the investigation into corruption related to the Tokyo Olympics widened. (Kyodo News via AP)

Investigators enter the headquarters of major advertising company Dentsu in Tokyo Friday, Nov. 25, 2022 as the investigation into corruption related to the Tokyo Olympics widened. (Kyodo News via AP)

TOKYO (AP) — Japanese prosecutors raided the headquarters of major advertising company Dentsu on Friday, as the investigation into corruption related to the Tokyo Olympics widened.

Dentsu dominates event organizing, marketing and public relations in Japan. It helped land the 2020 Games for Tokyo, and then lined up record domestic sponsorships.

Haruyuki Takahashi, a former executive at Dentsu, has been arrested four times in recent months on charges of receiving bribes from various companies that became sponsors for the Games.

The money that exchanged hands for the bid-rigging totaled 500 million yen ($3.6 million), involving nine companies and one organization, according to the newspaper Nihon Keizai Shimbun and other reports.

The companies involved in the earlier sponsorship scandal include Aoki Holdings, a clothing company that dressed Japan’s Olympic team, and Sun Arrow, which produced the Tokyo Olympic and Paralympic mascots named Miraitowa and Someity.

Takahashi, in custody since August, had tremendous influence over running the Olympics. The bribes he is alleged to have taken total more than 190 million yen ($1.4 million).

Dentsu did not immediately respond to requests for comment. Cerespo, an event company that Japanese reports said was also raided on suspicion of involvement in bid-rigging, did not have an immediate comment.

Tokyo prosecutors do not comment on such daily news developments. But Deputy Chief Prosecutor Hiroshi Morimoto told reporters recently that the investigation was continuing on the Olympics.

Speculation has been growing the burgeoning scandal may tarnish Japan’s bid for the 2030 Winter Games. The 2020 Games were postponed for a year because of the coronavirus pandemic. The International Olympic Committee has said it’s watching Japan’s investigation, stressing it had “every interest in the full clarification of this case.”