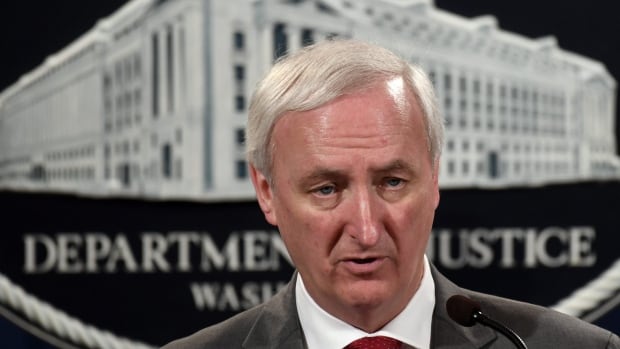 The Jan. 6 committee will hear from former US Justice Department officials who faced down a relentless pressure campaign from Donald Trump over the 2020 presidential election results while suppressing a bizarre challenge from within their own ranks.

The hearing is the fifth this month by the committee investigating the run-up to the insurrection at the US Capitol, when Trump loyalists stormed the building as lawmakers were certifying the results of the election won by Joe Biden. Witnesses have included police officers attacked at the Capitol, as well as lawyers, a television executive and local election officials who all resisted demands to alter results in Trump’s favour.

The hearing Thursday will bring attention to a memorably turbulent stretch at the department as Trump in his final days in office sought to bend to his will a law-enforcement agency that has long cherished its independence from the White House. The testimony is aimed at showing how Trump not only relied on outside advisers to press his election fraud claims but also tried to leverage the powers of federal executive branch agencies.

The witnesses will include Jeffrey Rosen, who was acting attorney general during the Jan. 6, 2021, assault on the Capitol. Three days earlier, Rosen was part of a tense Oval Office showdown in which Trump planned to replace him with a lower-level official, Jeffrey Clark, who wanted to champion Trump’s bogus claims of election fraud.

WATCH | Highlights from the previous session held by the Jan. 6 committee:

The committee investigating the Jan. 6, 2021, attack showed a video containing testimonies of Donald Trump’s plan to have ‘fake electors’ replace those expected to vote for Joe Biden.

In a written statement prepared for the committee and obtained by The Associated Press, Rosen says the Justice Department had been presented with no evidence of fraud that could have affected the outcome of the election and therefore did not participate in any Trump campaign efforts to overturn the results, instead insisting on an orderly transfer of power.

“Some argued to the former president and public that the election was corrupt and stolen,” Rosen’s statement says. “That view was wrong then and it is wrong today, and I hope our presence here today helps reaffirm that fact.”

Trump had plan to overturn election ‘first by fraud and then by violence’: Frum

“[Trump] had a plan to overturn the election, first by fraud and then by violence,” said The Atlantic’s David Frum on what the Jan. 6 committee hearings have revealed so far. “January 6th is the explosion at the end of a long trail of fuel material.”

Two other former department officials, Rosen’s top deputy, Richard Donoghue, and Steven Engel, are also scheduled to testify. Both department warned Trump at the White House meeting that they’d resign, and that many of the lawyers’ lawyers would follow, if he replaced Rosen with Clark.

Only then did Trump relent. The night, and later his administration, ended with Rosen still in his job.

Clark was earlier subpoenaed by the committee to give a deposition but will not be among the witnesses Thursday.

A report released last year by the Senate’s judiciary that painted Clark as a relent letterless committee for Trump included a draft pushing Georgia officials to convene a special legislative session to reconsider the election results.

Clark wanted the letter sent, but superiors at the Justice Department refused.

Clark had been introduced to Trump by Pennsylvania congressman Scott Perry, whose actions after the election have come under scrutiny from the committee. Committee vice-chair Liz Cheney, a fellow Republican, said in the first hearing held this month that Perry “contacted the White House in the weeks after Jan. 6, to seek a presidential pardon.”

For the past year, the committee has been investigating the violence at the Capitol and its causes, and has interviewed more than 1,000 witnesses and produced some 140,000 documents.

The committee had been scheduled to conclude this first round of public hearings in June. But additional information has come to the committee’s attention, panel members said Wednesday, and with Congress set to recess for two weeks, the hearings will continue into the summer.

“We have a new documentary from a person that we’re talking to, and we got to look through all his information,” committee chair Bennie Thompson said.

Did Donald Trump break the law in his attempt to stay in power after 2020? That’s what the Jan. 6 House committee is trying to prove — with lots of evidence and dozens of witnesses, including some of Trump’s closest allies and even his family. This week, Republican state representatives from Arizona and Georgia testified that Trump tried to pressure them to find votes and overturn the election. This week, on the fourth official day of public hearings, more evidence was presented showing the lengths of Trump, and some in his inner circle of him, went through to push the “big lie” that the 2020 election was rigged. Today on Front Burner, the Washington Post’s Aaron Blake — on the evidence, the unanswered questions and what it would take for a criminal indictment against the former president.

The footage was taken both before and after the insurrection. The revelation about the film came to light Tuesday when British filmmaker Alex Holder revealed he had complied with a congressional subpoena to turn over all of the footage he shot in the final weeks of Trump’s 2020 re-election campaign.

Meanwhile, in a sign of a widening Justice Department investigation, federal law enforcement officials served a round of subpoenas Wednesday related to alternate — or fake — slates of electors who falsely sought to declare Trump the winner in their states in 2020.

The House committee has already been investigating the matter, but the new subpoenas underscore the Justice Department’s interest in the same area. The recipients of the subpoenas included David Shafer, the chairman of the Georgia Republican Party, according to a person familiar with the matter who insisted on anonymity to discuss an ongoing investigation.

The pressure campaign in Georgia to undo a Biden win in the state is also the subject of a special grand jury currently meeting in Atlanta.