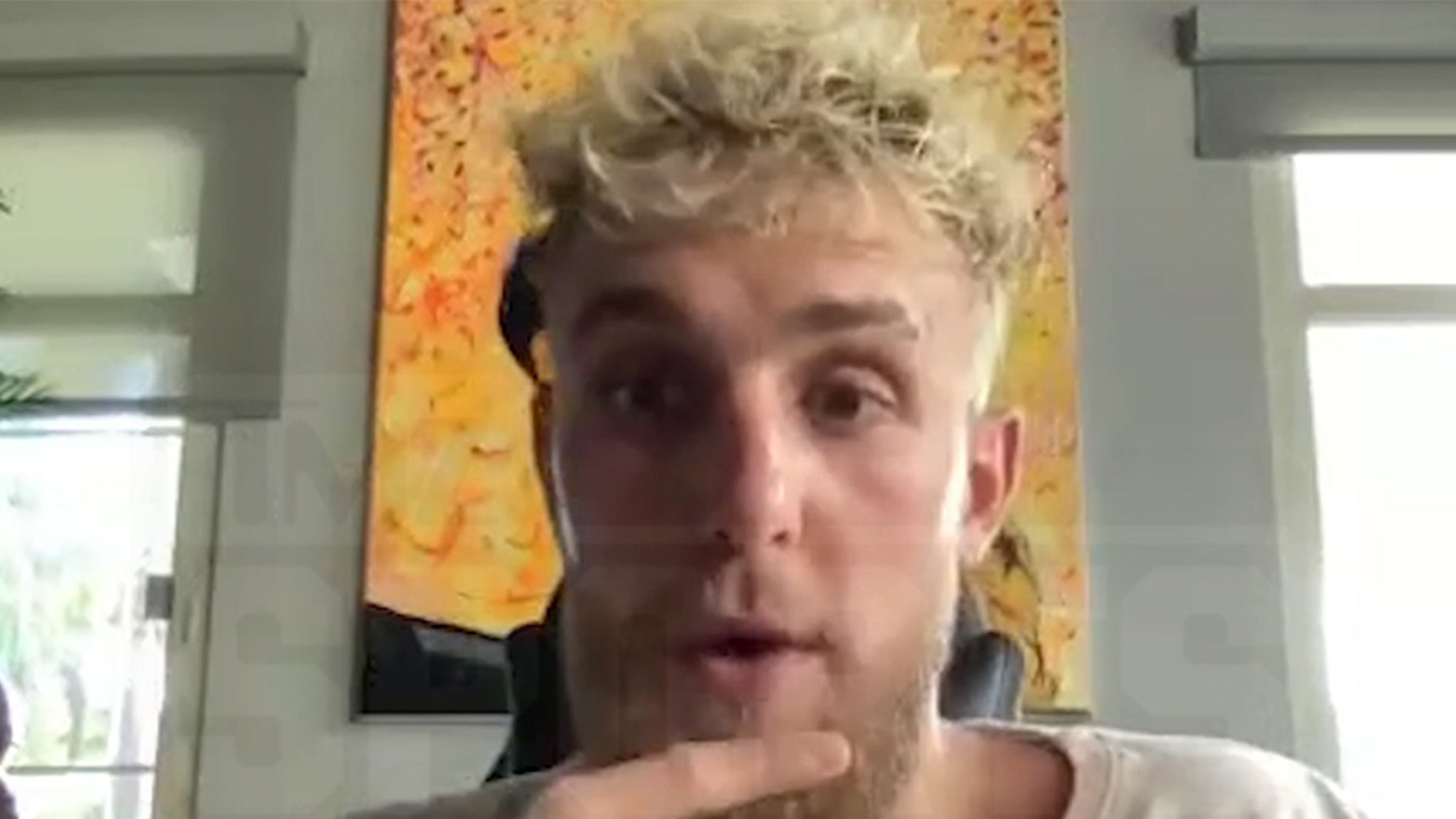 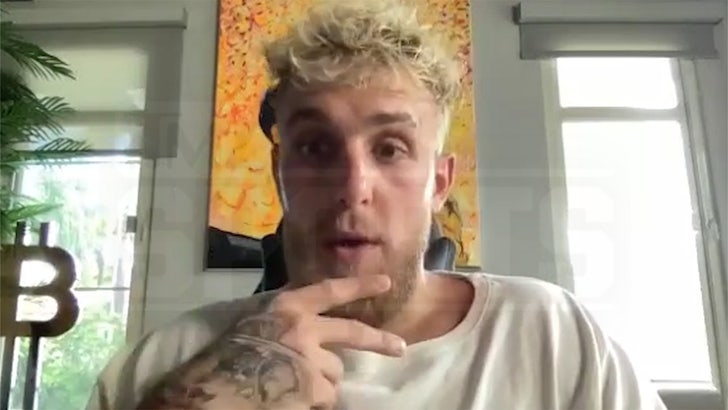 despite the Jake Paul vs. Tommy Fury fight falling apart for the second time, The Problem Child tells TMZ Sports he STILL wants to beat the pugilist reality star’s ass … after he defeats Hasim Rahman Jr.

“I’m considering [fighting Fury] after August 6, but I want to fight at Madison Square Garden, and the show must go on whether or not Tommy Fury’s in the arena. I don’t wait for people. I don’t need to wait around. I have a responsibility to my fans to put on shows.”

Of course, Jake and Tommy were set to scrap at MSG in NYC in August … until Tyson‘s younger bro learned he wasn’t able to enter the United States (backstory here).

“I don’t buy it. I had multiple people hit me up that said, ‘I can get him in. I have connections to people at the embassy. We’ll get him his visa, no problem.’ And I DM’ed Tommy and he just went into hiding.”

FYI, it’s the second time Jake and Tommy were scheduled to fight. Back in December, Fury pulled out after saying he developed a “chest infection.”

Enter 31-year-old Hasim Rahman Jr. — a professional boxer with a 12-1 record who previously trained with 25-year-old Paul — stepped in on short notice to accept the fight. 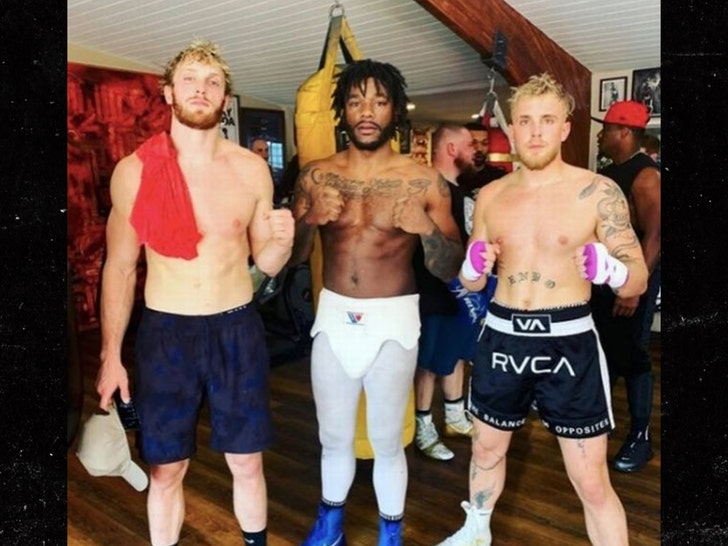 He’s bigger and more experienced … so, we asked Jake if he believes HR Jr.’s a tougher test than Tommy.

“Yeah, this is a harder opponent than Tommy Fury,” Jake says.

The 5-0 boxing star continued…”Look, [Hasim] has more amateur fights, he has more heavyweight fights. He’s a heavyweight. He’s been boxing his entire life. He’s older, more experienced than Tommy Fury and has been in a lot bigger fights and has sparred with some of the toughest heavyweights in the world.”

In fact, Jake says Rahman Jr. is such a step up in competition, his own brother and his team advised him NOT to accept the fight.

“Really my manager, and even my own brother [Logan] was like ‘Yo, you shouldn’t be doing this fight. Like why do you want to do this? The risk isn’t worth the reward.'”

“And I was just like, ‘Yo, I’m built different.’ I really want to do this. I want to prove to the world that I can knock out a professional boxer no matter how good he, or she is, or anyone. I’ll knock out anyone!” 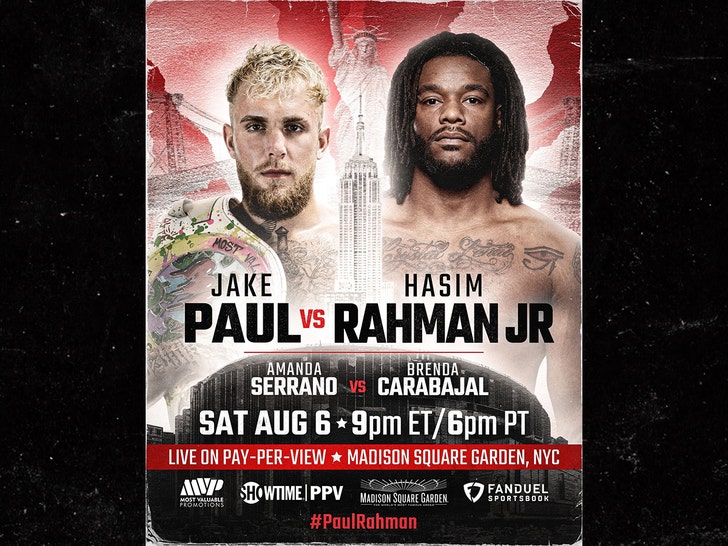 We also talked to Jake about star boxer Amanda Serranosigned to Paul’s MVP promotionsbeef he has with Rahman, and much more!

Fight goes down August 6 on Showtime PPV! Then, third time’s a charm?