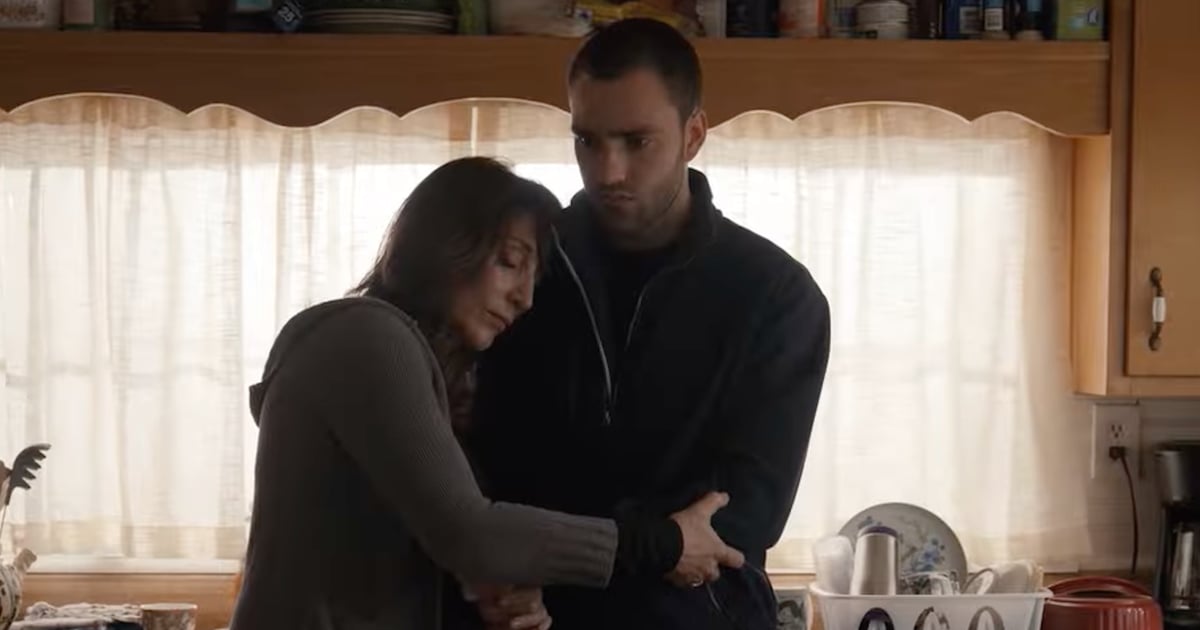 We’re finally getting some insight into Stephen DeMarco’s (Jackson White) backstory. In episode five of “Tell Me Lies,” which premiered on Sept. 21, Stephen goes back home to visit his family for the holidays and we get to meet his mom, played by none other than his real-life mother, Katey Sagal.

In Carola Lovering’s novel, which the series is based on, Stephen’s mom is mentally ill and he hasn’t seen her since his parents divorced when he was a teenager. However, things are a little different on the show. While his parents are divorced, his mom is still around, and she’s hung up on his dad and weirdly obsessed with his new relationship. She’s unstable, and her kids have to walk on eggsshells whenever they’re around her.

Of working with his mom, White admits to POPSUGAR that he “didn’t even talk to her” about the show until a month before they started shooting. He says, “I just saw her in Atlanta, and it was the hardest part of the series for me, but it was also the best challenge, the most fun.”

Unlike Stephen and his mom, whom White describes as “extremely alien and weird with each other,” White and Sagal “are very close in real life.” He adds, “She does an incredible job with that role. It was perfect.”

Both White and Sagal celebrated her cameo on Instagram. On Sept. 20, White shared a photo of their characters hugging on his Instagram Stories, writing, “This my real mom playing my fake mom making me really uncomfortable in a show about fake ass people definitely watch.” Sagal posted the same picture on her Instagram with the caption: “Who’s ready to meet Stephen DeMarco’s mom when heads home for Xmas?? 😎🎄 . . . I am so excited to have been included in this highly addictive new show! Watch!! ! Ahhhh family. Atta boy #proudmom.”

New episodes of “Tell Me Lies” air Wednesdays on Hulu.