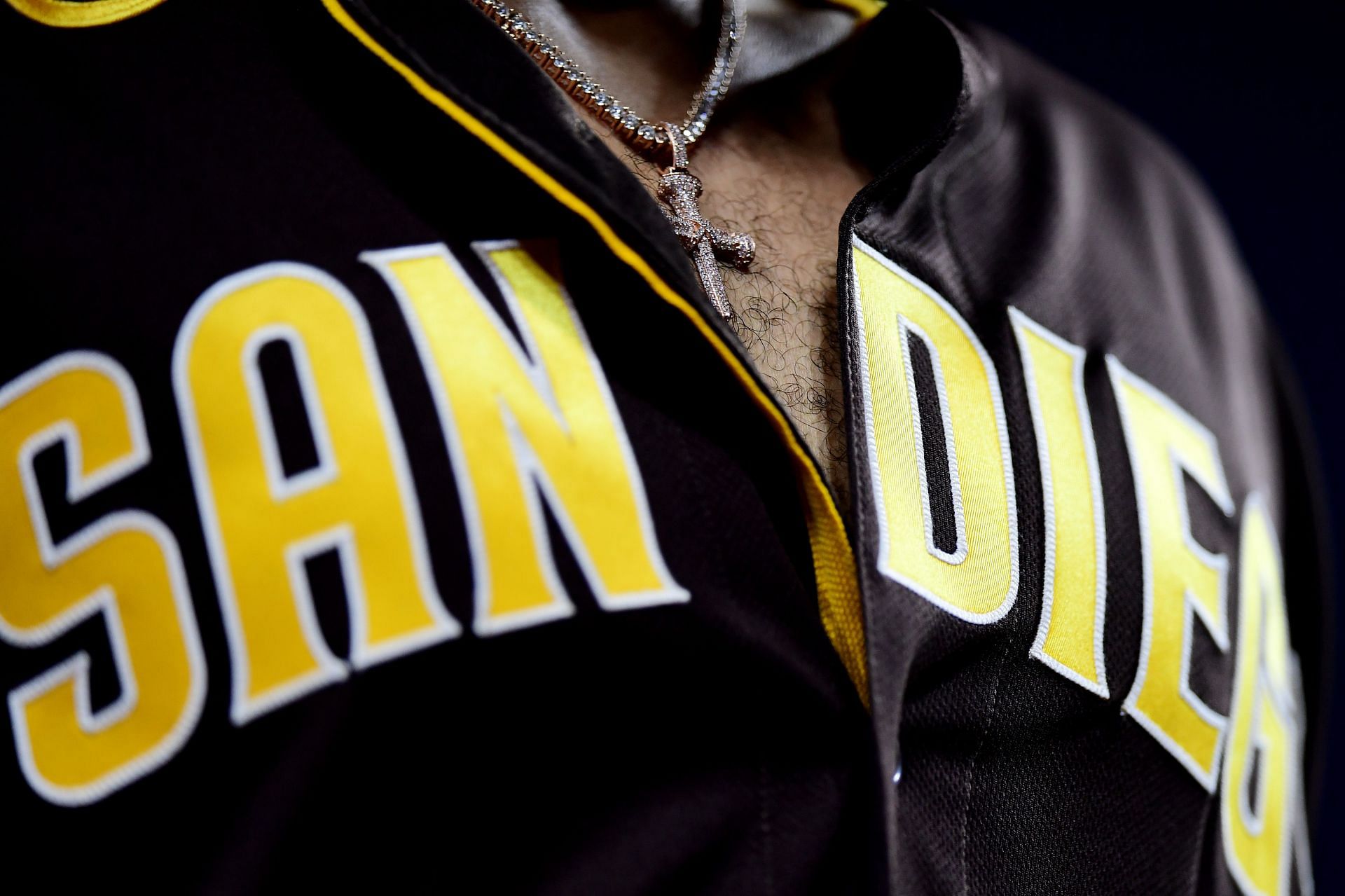 The San Diego Padres are the league’s most recent team to get their Nike City Connect jerseys. The release didn’t go as planned. Before being officially released, several photos of the jerseys leaked on social media.

The Padres’ City Connect jerseys are the latest in a series of jerseys that the MLB has been slowly releasing all year. Just last week, the Milwaukee Brewers received their City Connects, which received mixed reviews from fans. Before them, the Los Angeles Angels leaked theirs early as well.

The idea behind the City Connect jerseys is to shake up uniform styles around the league while highlighting the defining characteristics of each team’s city. The MLB announced its City Connect partnership with Nike in 2021.

Only four promotional pictures of the Padres’ new jerseys leaked. They included detailed shots of the name patches on the back of the jerseys, along with closeups of the team’s alternate logo patch on the sleeve. But the socks were the star of the show. They contained five colors in total.

Considering that the jerseys are so far from the San Diego Padres’ original colors, fans had mostly negative reactions. One fan compared the bright pastel colors to those featured in popular Barbie movies.

@TalkinBaseball_ Oh my gosh it’s literally the Barbie movie. I thought it was a joke

@TalkinBaseball_ Oh my gosh it’s literally the Barbie movie. I thought it was a joke 😭

The colors seem to match Florida’s style more than California’s. The bright pink and teal colors seem appropriate in one sense considering San Diego’s beach culture. On the other hand, they look like they belong in a Floridian city like Miami or Orlando.

While some fans liked the socks, reviews were rather negative across the board. Here are some of Twitter’s best reactions to the leaked jerseys.

The socks are eye-catchers. Players who opt to wear them up will easily stand out.

The bright colors seem to remind many fans of Miami.

The idea of ​​the City Connect jerseys is to highlight each city’s main features. The Brewers’, for instance, heavily featured beer and barbecuing — two staples in Wisconsin. But these new Padres jerseys don’t show quite so immediate of a connection to their city.

Competition between California’s teams and their City Connect jerseys is beginning to arise.

The San Diego Padres are yet to officially release the jerseys. It should happen some time in the next week.