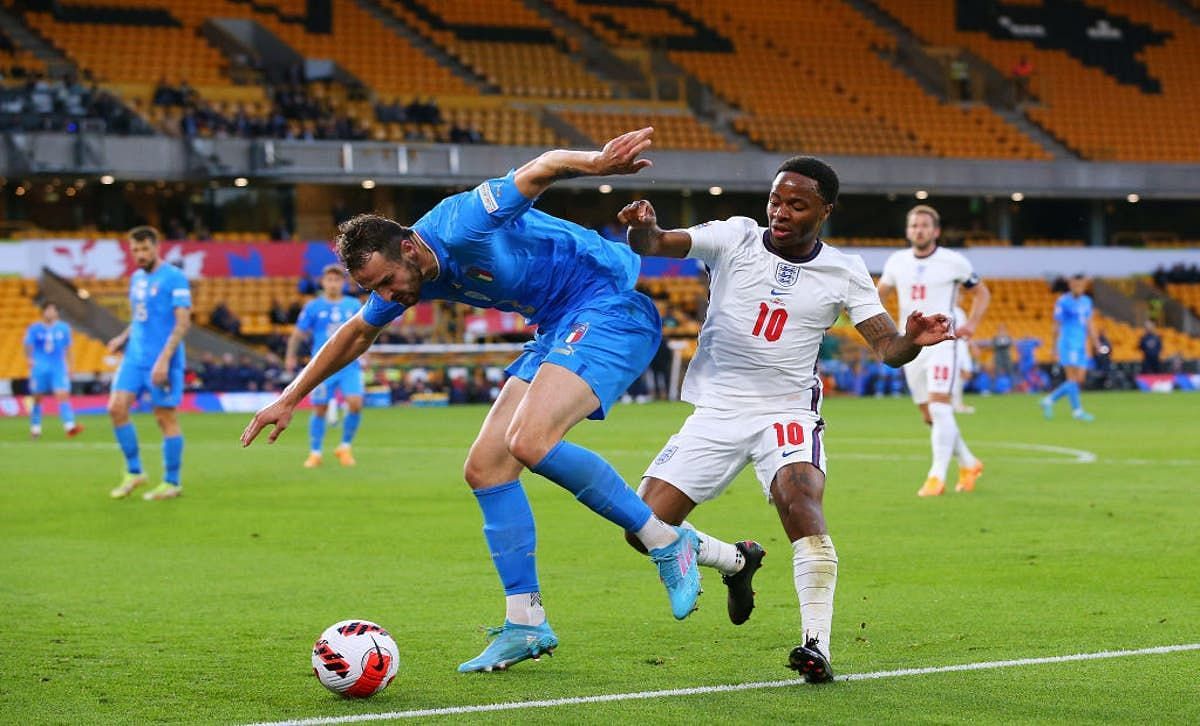 On Friday (September 23), Italy will face off with England in a UEFA Nations League clash at the San Siro in Milan.

To say this is a key game in this Nations League group would be an understatement. If England fail to win, they will be relegated to League B, while if Italy fall to defeat, they will be in danger of relegation too.

Neither team has been in their best form this year. Italy did beat Hungary in June but fell to an embarrassing 5-2 defeat against Germany in their final game of the summer.

England, meanwhile, failed to win any of their four Nations League games this summer, drawing with Italy and Germany and falling to defeat Hungary twice – including a terrible 4-0 loss at the Molineux. The Three Lions will conclude their Nations League campaign at home against Germany on Tuesday,

With these two games being the final ones for England before the FIFA World Cup, the Three Lions will look to go into the quadrennial competition on a winning note.

Neither team has been in great form leading into this game, but given that Italy has a home advantage, it’s probably safe to call them the favourites.

England have the ability to beat any team on their day, but Italy have proven to be a bogey side of sorts for the Three Lions in recent years. While Southgate’s men will hope for an upturn in fortunes before the World Cup, it’s difficult to imagine their resurgence starting here.

The prediction is a tight home win for Italy.

Tip 2: Game to have less than 2.5 goals – YES (Games between Italy and England are notoriously low-scoring, and they drew goalless in June.)

Tip 3: England to fail to score – YES (Italy have kept a clean sheet against England in three of their last five competitive meetings.)