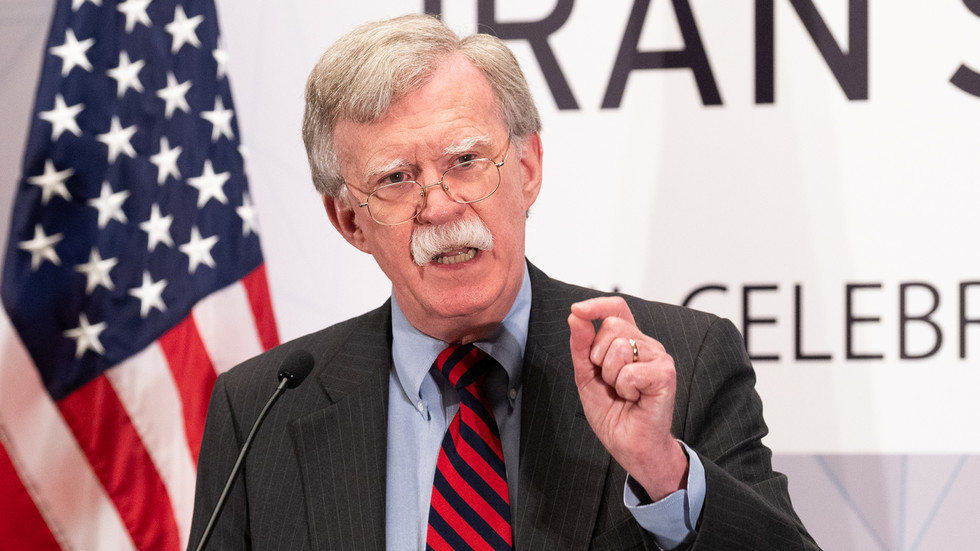 The US Department of Justice on Wednesday unsealed an indictment against an Iranian national it accuses of commissioning a hit on former national security adviser John Bolton. Rumors of the plot first appeared in the media in March, along with insinuations that the Biden administration did not want to move ahead with the charges due to the ongoing nuclear talks with Tehran.

According to the DOJ, a member of Iran’s Islamic Revolutionary Guard Corps (IRGC) was charged with commissioning a murder-for-hire and providing material support to a transnational murder plot. An affidavit by FBI Special Agent Randi Beck and submitted to a US judge on August 5 Poursafi the defendant as Shahdi Rezayi, 45, with a known alias of Mehdi Rezayi.

Starting in October 2021, Poursafi allegedly attempted to arrange the murder of Bolton, “likely in retaliation” to the January 2020 drone assassination of IRGC-Quds Force General Qassem Soleimani. The DOJ says he offered $300,000 to a US single to carry out the hit. However, the affidavit identifies the purported hitman as a “confidential human source” – an informant – for the FBI.


“An attempted assassination of a former US government official on US soil is completely unacceptable and will not be tolerated,” said Steven D’Antuono, assistant director in charge of the FBI’s Washington Field Office. “This should serve as a warning to any others attempting to violate to do the same – FBI will be relentless in our efforts to identify, stop, and bring to justice those who would threaten our people and our laws.”

Matthew Graves, the federal attorney for the District of Columbia, called it a “brazen plot,” while Larissa Knapp of the FBI’s National Security Branch claimed Iran “has a history of plotting to assassinate individuals in the US it deems a threat.”

Bolton released a statement thanking the FBI, DOJ and the US Secret Service for their efforts.

“While much cannot be said publicly right now, one point is indisputable: Iran’s rulers are liars, terrorists, and enemies of the United States,” Bolton said. “Their radical, anti-American objectives are unchanged; their commitments are worthless; and their global threat is growing.”

A long-time advocate of “regime change” in Iran, Bolton was appointed President Donald Trump’s national security adviser in April 2018. Within a month, Trump had withdrawn from the 2015 nuclear deal with Iran. Though he was fired in September 2019 and became a bitter critic of Trump, in January 2020 Bolton cheered Soleimani’s assassination as the “first step to regime change in Tehran.”

President Joe Biden’s administration has publicly said it wanted to restore the deal, but its negotiators have refused Tehran’s request to first lift the sanctions Trump had imposed. The conservative-leaning Washington Examiner reported in March that the DOJ had “indictable evidence” against an Iranian national in a plot to assassinate Bolton, but that Biden officials resisted a public indictment “for fear that it could derail their drive for a nuclear deal with Iran.”


According to the DOJ release, the FBI searched one of Poursafi’s online accounts and found a picture of him wearing a uniform with an IRGC patch. Though it was the informant who repeatedly referred to Poursafi as a member of IRGC, the Iranian “never denied his involvement” with the organization.

Poursafi also allegedly provided the informant with Bolton’s address in Washington, DC and took screenshots of a map showing the street view of Bolton’s office. This was established by “the search of one of Poursafi’s online accounts,” the DOJ said, adding that the screenshots showed the address to be at “the approximate distance between Washington, DC and Tehran, Iran.”

In January this year, when the informant told Poursafi that Bolton might be away from Washington, the Iranian allegedly told him that this was not the case, providing him with “specifics regarding the former National Security Advisor’s schedule that do not appear to have been publicly available,” the DOJ said.