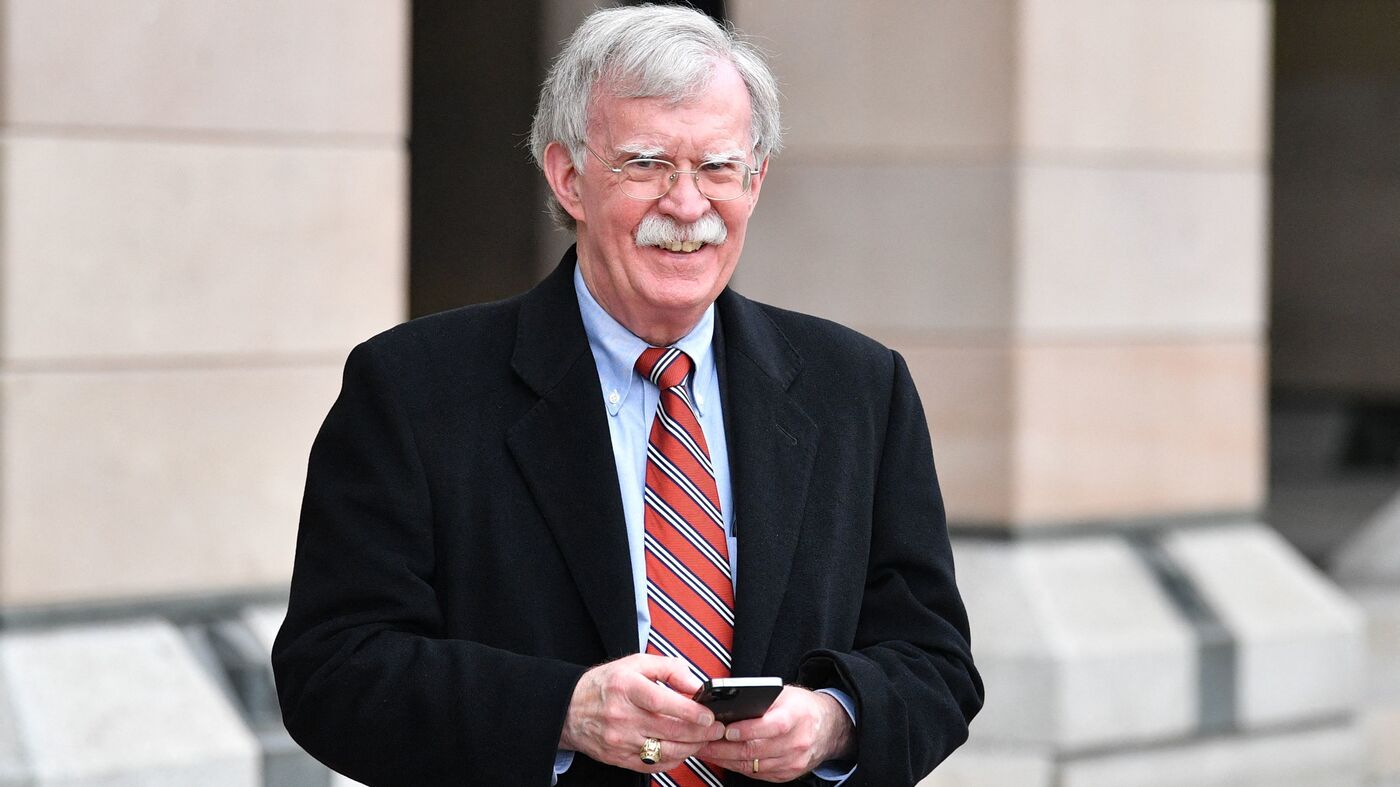 This image released by the FBI, Aug. 10, 2022 in Washington, shows the wanted poster for Shahram Poursafi. The Justice Department says Poursafi, identified by US officials as a member of Iran’s Revolutionary Guard, has been charged in a plot to murder former Trump administration national security adviser John Bolton.

This image released by the FBI, Aug. 10, 2022 in Washington, shows the wanted poster for Shahram Poursafi. The Justice Department says Poursafi, identified by US officials as a member of Iran’s Revolutionary Guard, has been charged in a plot to murder former Trump administration national security adviser John Bolton.

Shahram Poursafi offered to pay contacts in the US up to $300,000 to murder Bolton, according to court papers unsealed Wednesday. The Justice Department says the plot was likely in retaliation for the US killing of top Iranian commander Qassem Soleimani in January 2020.

Bolton, an Iran-hawk who served as former President Donald Trump’s national security adviser from 2018 to 2019, thanked the Justice Department and FBI for uncovering and foiling the alleged plot.

“While much cannot be said publicly right now, one point is indisputable: Iran’s rulers are liars, terrorists, and enemies of the United States,” he said. “Their radical anti-American objectives are unchanged; the commitments are worthless; and their global threat is growing.”

Poursafi, who is 45 and believed to be in Iran, was charged by criminal complaint with two counts: use of interstate commerce in the commission of murder for hire; and providing material support to a transnational murder plot.

The court papers provide a wealth of details into Poursafi’s efforts to arrange the assassination from alleged afar.

In October 2021 he first contacted a person only identified as Individual A over social media and asked them to take photographs of Bolton for a book Poursafi was writing, according to prosecutors.

That person put Poursafi in touch with a second individual, identified as a government confidential human source, or CHS, who could take the pictures.

A few weeks later, Poursafi asked the CHS on an encrypted messaging app if they could hire someone for $200,000 to “eliminate someone.” He then provided Bolton’s name and made clear that he was the target.

Court papers say that Poursafi and the CHS negotiated potential payments, and the price tag eventually rose to $300,000 to compensate the CHS as well as the person the CHS was hiring to carry out the murder.

Poursafi allegedly instructed the CHS to open a cryptocurrency account for eventual payment, but he stressed that “his group” would only pay for completed work.

Court papers say Poursafi then provided the CHS with Bolton’s office address in Washington, DC, including the name and contact details for someone in the office.

In mid-November, the CHS told Poursafi that arrangements had been made with an individual who would carry out the murder.

A few days later, the CHS traveled from Texas to Washington, went to Bolton’s office, and felt Poursafi two photos of the building. Poursafi said the facility’s parking garage would be a good place to carry out the hit.

On Dec. 2, the CHS said the person hired to kill Bolton was at Bolton’s home taking pictures.

Poursafi appeared to be growing concerned that the plot might not come to fruition, and told the CHS that if one took too much time planning something, the window of opportunity could pass.

“The CHS thanked Poursafi for his advice and said he/she had no experience in the spy world or any training in killing people,” court papers said.

By mid-January, the CHS told Poursafi that they’d acquired three vans as well as weapons, silencers and ammunition. But later that month he said there was a problem and security concerns. Poursafi pushed for the CHS to “finish the job,” and dangled more work in the future.

The two sides stayed in touch through April, although no action was ultimately taken against Bolton.

“The Justice Department has the solemn duty to defend our citizens from hostile governments who seek to hurt or kill them,” said Assistant Attorney General Matthew G. Olsen, who leads the Justice Department’s National Security Division. “This is not the first time we have uncovered Iranian plots to exact revenge against individuals on US soil and we will work tirelessly to expose and disrupt every one of these efforts.”