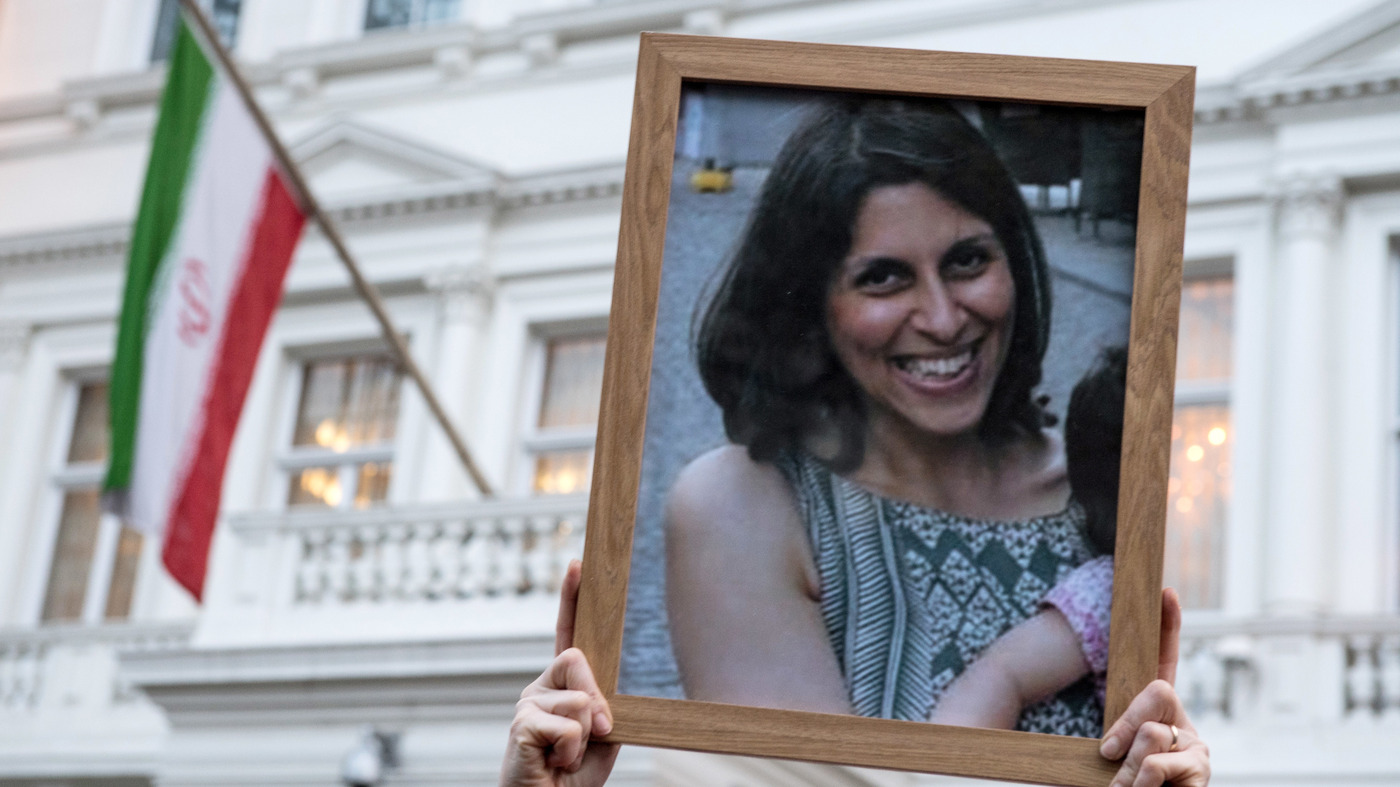 Supporters hold a photo of Nazanin Zaghari-Ratcliffe during a vigil in London in 2017. Iran released Zaghari-Ratcliffe, who was imprisoned in 2016, and Anousheh Ashouri, a businessman, on Wednesday.

Supporters hold a photo of Nazanin Zaghari-Ratcliffe during a vigil in London in 2017. Iran released Zaghari-Ratcliffe, who was imprisoned in 2016, and Anousheh Ashouri, a businessman, on Wednesday.

Two British Iranian nationals who had been imprisoned in Iran were released and have left the country, the British government said Wednesday.

Nazanin Zaghari-Ratcliffe, a charity worker, and Anousheh Ashouri, a businessman, had been held on charges that included spying and plotting to overthrow the government. They denied the accusations.

Zaghari-Ratcliffe was arrested in 2016 while visiting her parents in Tehran and was sentenced to five years in prison before being placed under house arrest. In April last year, she was re-sentenced to one additional year in prison on charges of propaganda against Iran.

Ashouri was arrested in 2017 while visiting his mother. He was in the middle of serving a 12-year sentence at the time of his release.

British Prime Minister Boris Johnson confirmed on Wednesday that Zaghari-Ratcliffe and Ashouri were freed and would return to the UK, adding that his administration had been working on their release.

It’s been 6 long years – and I can’t believe I can FINALLY share this photo.

Nazanin is now in the air flying away from 6 years of hell in Iran.

My heart goes out to Gabriella and Richard, as her long journey back home to them gets closer by the minute.#NazaninIsFree ❤️ pic.twitter.com/BzEEBP840C

“It’s been 6 long years — and I can’t believe I can FINALLY share this photo. Nazanin is now in the air flying away from 6 years of hell in Iran,” Tulip Siddiq, a local UK legislator in Zaghari-Ratcliffe’s district, tweeted.

Iranian media said the releases came in exchange for Britain repaying a debt of over $500 million that Tehran says it was owed.

Truss confirmed the releases in a statement, saying they were the result of lengthy negotiations. She said the UK had settled an international military services debt to Iran, in compliance with international sanctions, without mentioning the amount. She said the money would only be available to Iran for “the purchase of humanitarian goods.”

The money has long been an issue between the two countries. Iran says it was owed for military equipment it purchased from Britain in the 1970s during the Shah’s rule. The equipment was not delivered once the 1979 Iranian revolution occurred.

Iran is still holding citizens of other countries, including at least three US-Iranian dual citizens.

Wednesday’s releases with diplomats from the US, Iran, Europe, China and Russia are negotiating over how to revive the 2015 Iran nuclear agreement. In that deal, Iran agreed to allow inspectors and limits on its nuclear program in exchange for relief from economic sanctions. Former President Donald Trump abandoned the deal, reimposing sanctions, and Iran ramped up its nuclear program back up.

Diplomats say there are remaining issues, but the talks could conclude soon. The US maintains it is discussing prisoners and the nuclear deal on different tracks but issues could be coming to a head.

In February, State Department spokesperson Ned Price said, “We will not accept a long-term proposition where Iran continues to hold Americans in an unjust and unlawful manner.”