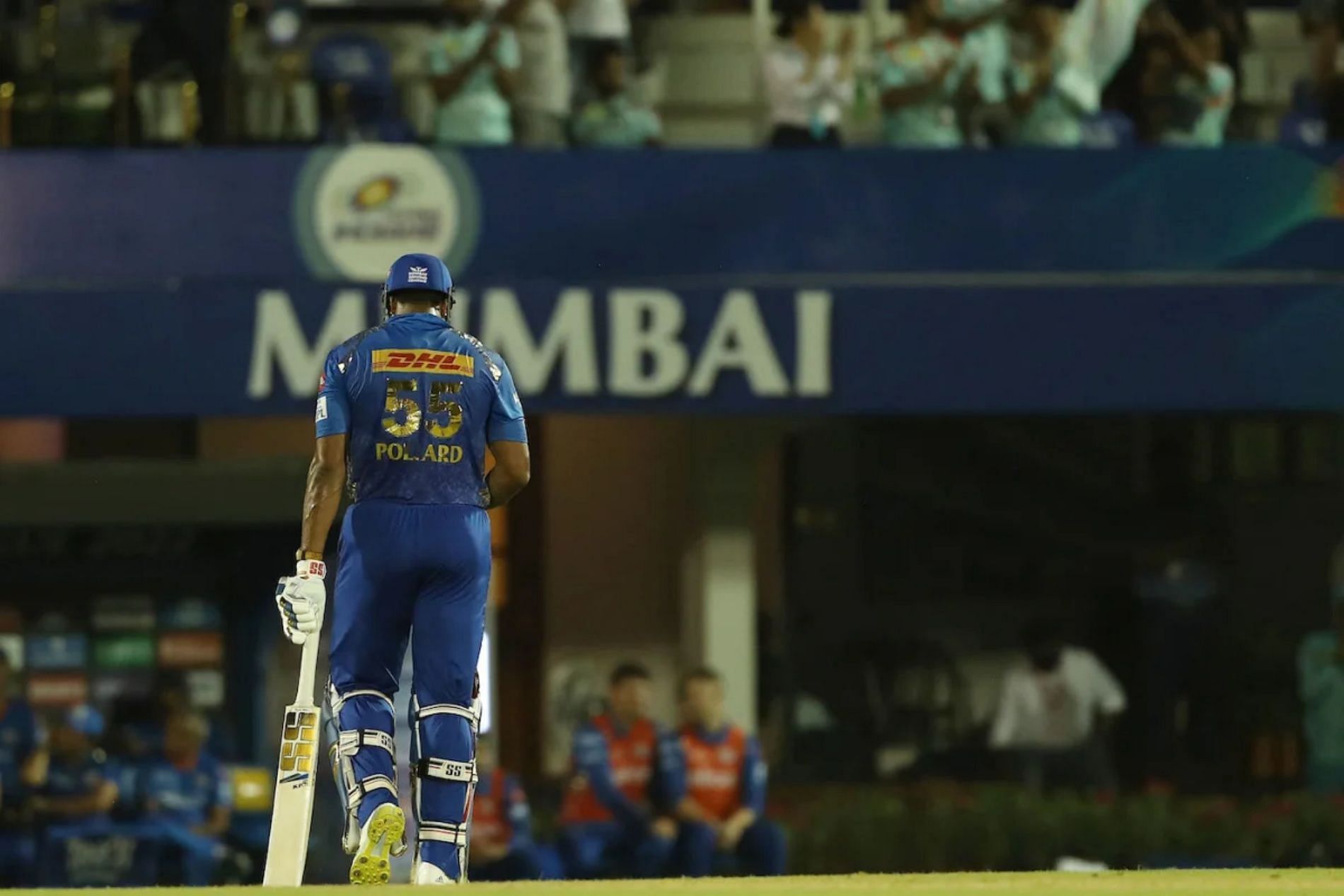 The writing was on the wall for the Windies white-ball legend as he was dropped from playing XI for the last few matches of the season.

Pollard’s poor run coincided with MI’s worst-ever performance in the IPL as they finished last in the 10-team competition, winning only four of their 14 matches. Looking ahead to next season, Chopra picked out some names he felt Mumbai should release. Speaking on his YouTube channel, he said:

“I think we have seen the last of Kieron Pollard. ₹6 crore will be released if they don’t retain him. I think they can let Murugan Ashwin (₹1.6 crore) go as well. I am not sure about Jaydev Unadkat (₹1.3 crore) but they can definitely say bye bye to Tymal Mills (₹1.5 crore).”

Shifting focus to the positives, Chopra picked young batter Tilak Varma as the franchise’s standout performer of the season. Praising the 19-year-old, he said:

“He is absolutely brilliant. He was given the chance to bat up the order and delivered. He is a future investment. He has a very good temperament and it doesn’t seem like he will have second-season blues. Also, Mumbai did not show enough confidence in Tim David. But when they did, he showcased his talent.”

Concluding his thoughts on Mumbai’s squad for IPL 2022, Chopra opined that the batting is in good shape but what the team lacks are all-rounders. He explained:

“There are no issues with batting as such. The problem is with the lack of all-rounders. It’s a very one-dimensional team. Batters don’t bowl, bowlers don’t bat. That is where they were pegged back. Krunal Pandya, Hardik Pandya, and Pollard used to do the job earlier but that is not happening now.”

Both Krunal and Hardik were released by Mumbai ahead of the IPL 2022 auction. While the former was purchased by the Lucknow franchise, the latter was picked up by Gujarat from the draft list and named captain.

Hardik has led his new team to the IPL 2022 final, winning plenty of praise for his leadership.