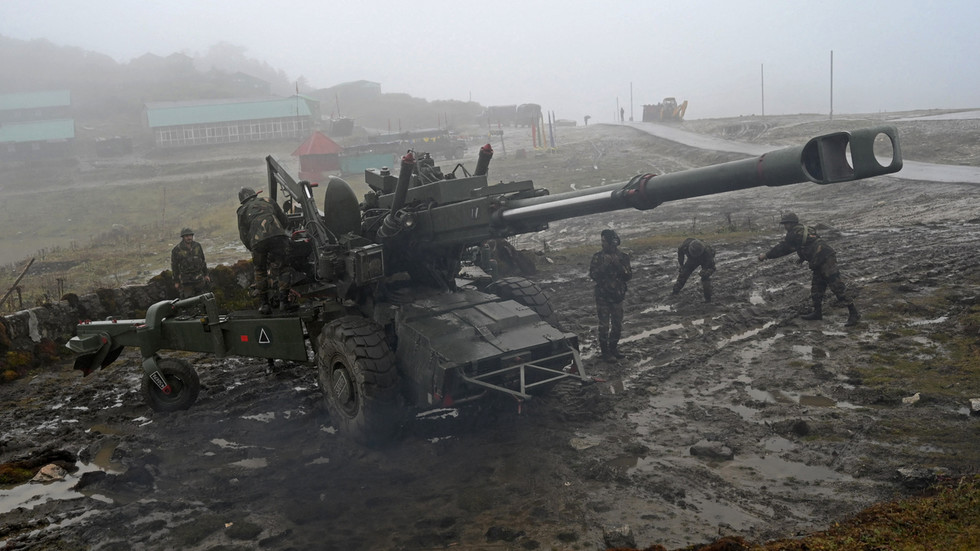 India and China have agreed to withdraw soldiers stationed along a border friction point near the former’s Ladakh region, deescalating a military standoff which has erupted into violent clashes on several occasions since May 2020.

The two sides issued similarly worded statements on Thursday announcing the decision, which will see Indian and Chinese forces pull back from a disputed border area in the Chang Chenmo River valley.

“On September 8, according to the consensus reached in the 16th round of commander-level talks between China and India, the front-line troops of the Chinese and Indian militaries in Ganandaban began to disengage in a planned manner,” the Chinese Defense Ministry said, adding that the move is “conducive to maintaining peace and tranquility in the border areas.”

New Delhi also said the decision would help to promote “peace and tranquility” in the region, echoing Beijing’s statement.


The withdrawal came after a series of border skirmishes between Indian and Chinese troops which began in the spring of 2020, following a long-standing territorial dispute. Some of the clashes involved brawls between the two sides and led to casualties, including deaths among both Chinese and Indian soldiers.

However, Indian officials cited in local media noted that some “friction points” still remain along the border, including in Demchok and Depsang, adding that New Delhi would continue to press China to vacate those areas.

Tensions in the sparsely populated border region began to rise in early 2020, after New Delhi accused Chinese troops of advancing into Indian-claimed territory. Beijing denied those charges, instead laying blame on India for the spike in hostilities, leaving the two countries in a standoff ever since.

India and China previously fought a war over the disputed region in 1962, but failed to agree on a clearly defined border afterward, prompting intermittent controversies over the years, though 2020’s clashes were the deadliest in decades.