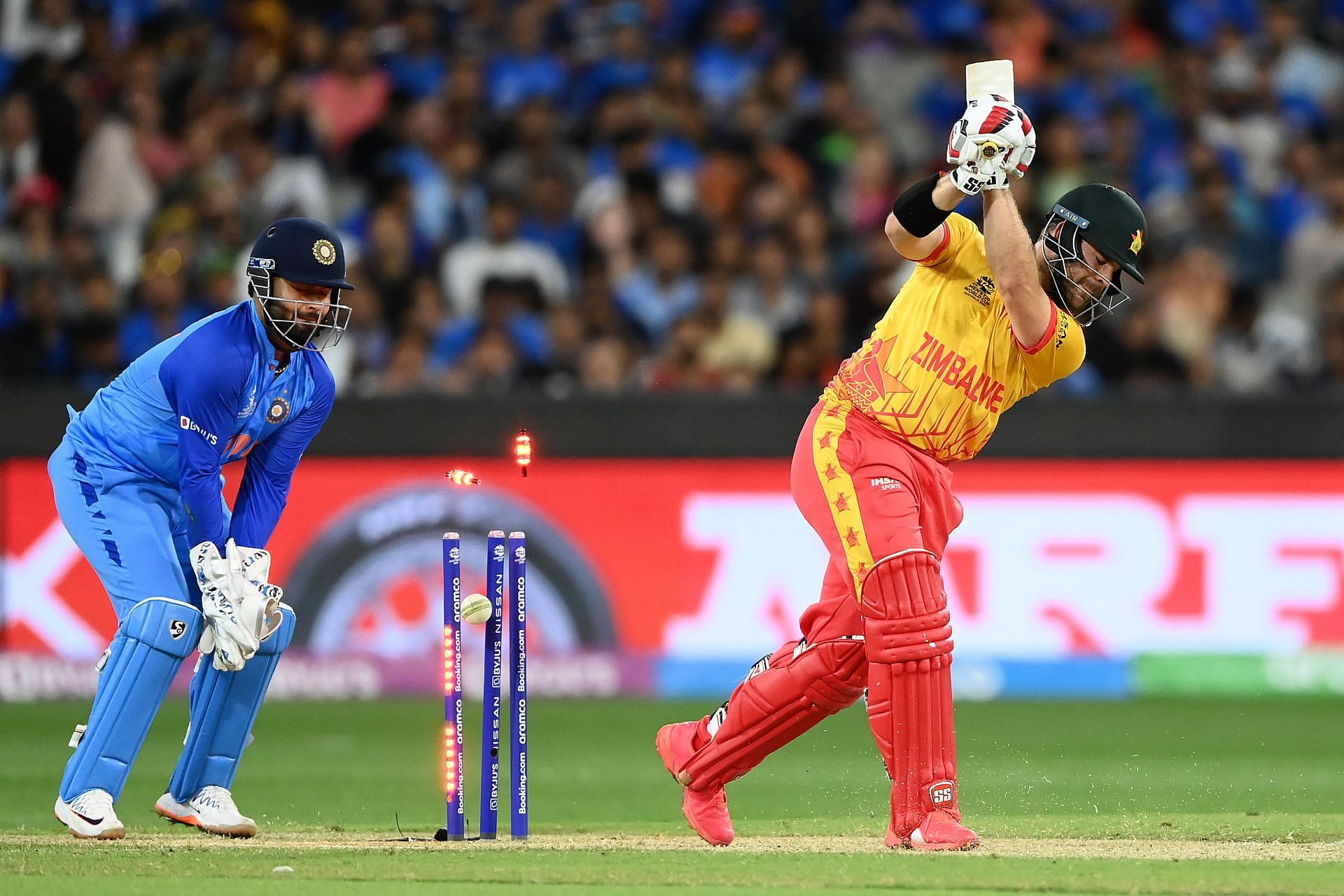 India beat Zimbabwe by 71 runs in yesterday’s ICC Men’s T20 World Cup 2022 Super 12 match at the Melbourne Cricket Ground (MCG). This was the concluding game of the Super 12 round.

The Men in Blue had already qualified for the semifinals after South Africa suffered a shock 13-run upset at the hands of the Netherlands. Still, India had a lot to play for in the match against Zimbabwe as a win would have seen them finish on the top of the table in Group 2. And they did!

Batting first after winning the toss, Team India put up a competitive 186/5 on the board. The batting side lost their skipper Rohit Sharma (15) cheaply again as the opener pulled Blessing Muzarabani to square leg. KL Rahul and Virat Kohli then featured in a steadying stand of 60 for the second wicket. However, for a change, Kohli could not convert his start. He fell for 26 off 25, miscuing a lofted hit off Sean Williams.

Rahul did well to register his second consecutive half-century, only to perish immediately afterwards. He was dismissed for 51 off 35, miscuing Sikandar Raza to long-off. Rishabh Pant managed only 3 in his first game of the World Cup.

Suryakumar Yadav (61* off 25) once again stood like a thorn in the opposition’s flesh. He struck six fours and four sixes in yet another incredible display of big-hitting as Team India crossed 180.

In the chase, Wesley Madhevere fell to Bhuvneshwar Kumar for a first-ball duck and that pretty much set the tone for the innings. Arshdeep Singh (1/9), Mohammad Shami (2/14) and Hardik Pandya (2/16) all chipped in as Zimbabwe slumped to 36/5.

Raza (34 off 24) and Ryan Burl (35 off 22) offered some resistance for Zimbabwe. However, off-spinner Ravichandran Ashwin claimed 3/22 to run through the lower order. In the end, Zimbabwe folded for 115 in 17.2 overs.

Suryakumar carried on his spectacular run with the bat. His unbeaten knock lifted India to an imposing total after they lost a few wickets rather quickly. Rahul struck another fifty in quick time to give the innings an early impetus.

With the ball, Ashwin picked up three wickets while Shami and Pandya also impressed with two each.

Suryakumar was named the Player of the Match for his dominant innings that firmly put Zimbabwe on the back foot.