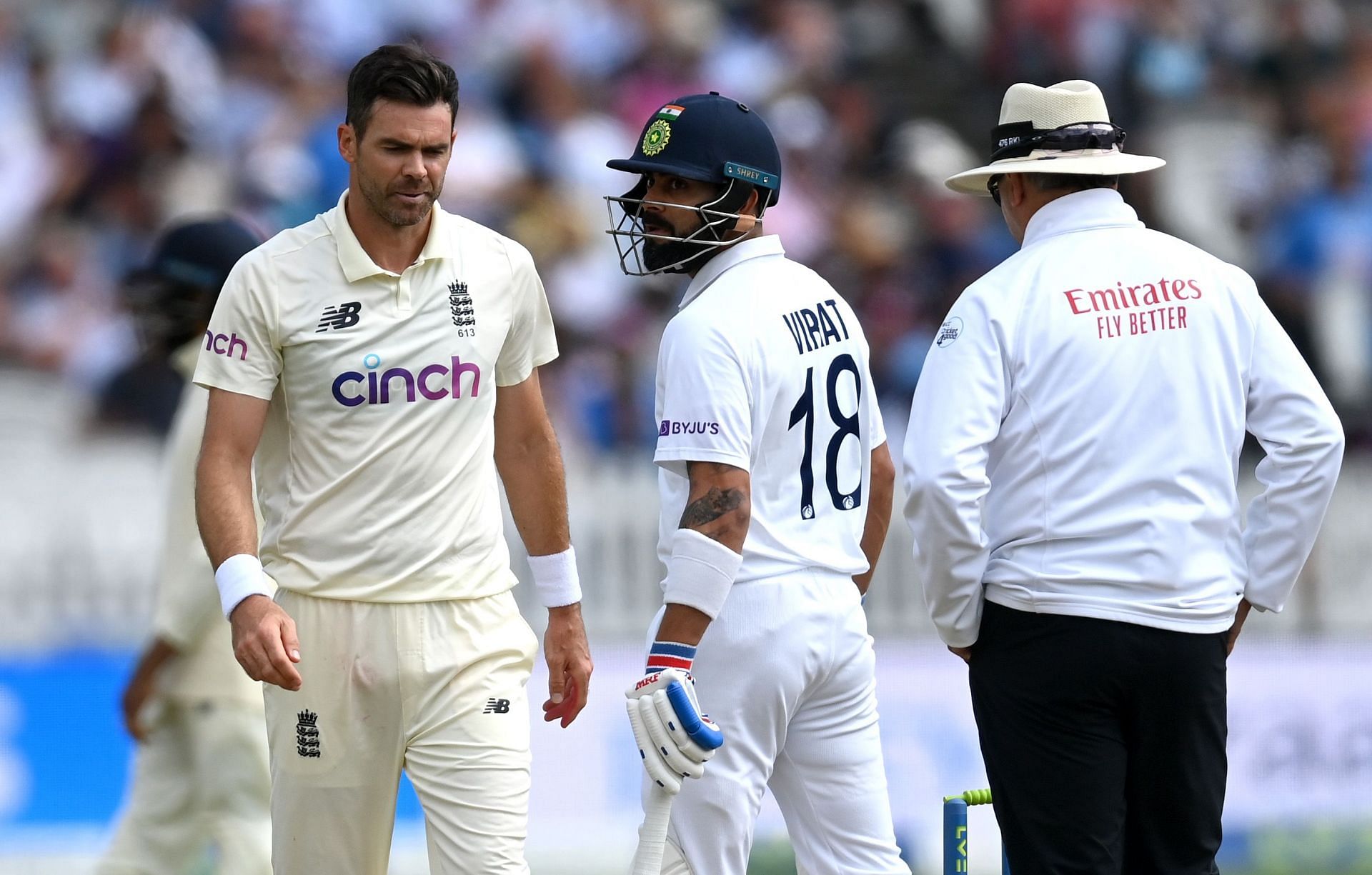 Former Indian pacer Zaheer Khan reckons that fans might witness the legendary James Anderson vs Virat Kohli battle for the last time in international cricket during the upcoming Test in Birmingham.

Anderson, along with Broad, was dropped from the Test series in the West Indies earlier this year in the aftermath of the Ashes debacle. Both, however, recently featured in the three-match series against New Zealand at home. Anderson claimed 11 scalps in two Tests before being rested for the third match.

The rescheduled Test between India and England in Birmingham, which starts on July 1, will see Anderson and Kohli summarize their much-hyped battle. Speaking about the rivalry, Zaheer said during a discussion on Cricbuzz:

“The more you watch this battle, the more you enjoy it. But yes, I feel we might be seeing this battle for the last time. Anderson is not playing many matches these days and he seems quite close to retirement. There might be a big gap after this when it comes to the next India-England Test series.”

On what to expect from the Anderson-Kohli battle in the rescheduled Test, Zaheer added:

“It should be exciting without a doubt. During the previous series, we saw Anderson moving the ball rather impressively. He will pose problems for the batters for sure. Virat Kohli might also be troubled a bit. After all, it is never easy against Anderson and it will be a good challenge for Kohli.”

Kohli has faced 681 deliveries against Anderson in Test matches and scored 297 runs while being dismissed seven times by the England legend.

During IPL 2022, there was a massive debate over whether Kohli should be rested to aid him in finding his rhythm back. He played all the matches for RCB in the T20 league, during which he registered three golden ducks and was subsequently rested for the T20I series against South Africa at home.

Asked whether a break can help a player overcome poor form, Zaheer opined that there is no such hard and fast rule. He elaborated:

“Whether or not a player needs a break depends on the cricketer himself. There is no set formula. It is not as if you should take a break if you’re in bad form or that you will come back to form if you practice a lot. It’s up to the individual to decide.”

James Anderson got Steve Smith and Virat Kohli twice each in Tests in 2021 and he is aged 39 – this is just remarkable Anderson.

James Anderson got Steve Smith and Virat Kohli twice each in Tests in 2021 and he is aged 39 – this is just remarkable Anderson.

Virat Kohli put up a decent batting effort in the four-day warm-up match against Leicestershire in Leicester, scoring 33 and 67.