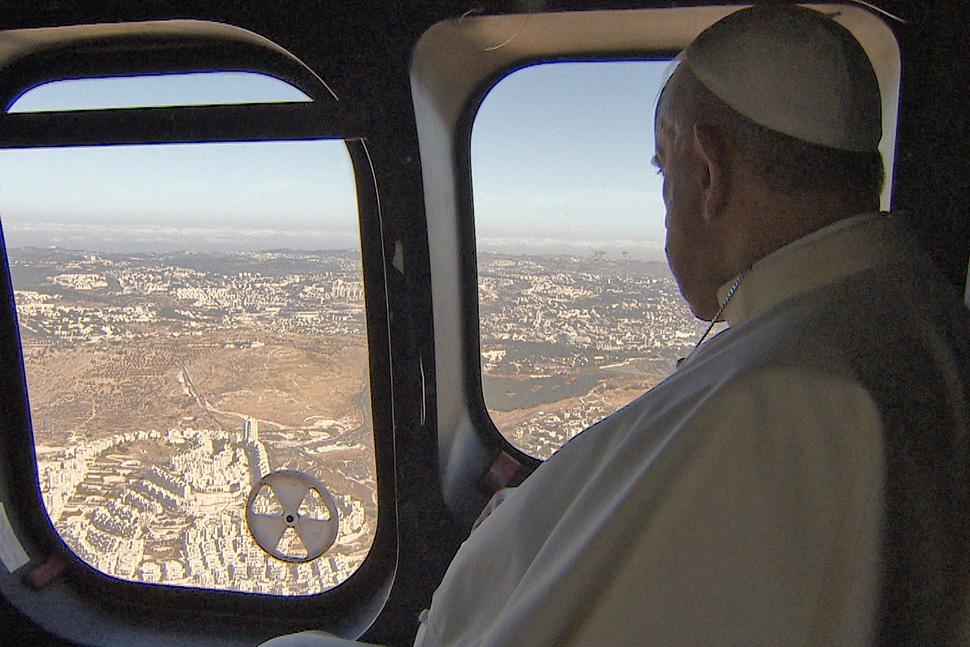 A powerful meditation on recent history, In Viaggio premiered out of competition at the Venice Film Festival. Directed by previous Golden Lion winner Gianfranco Rosi, it follows the travels of Pope Francis, using mostly archival footage to paint not just a picture of the man, but of the modern world.

Rosi was inspired by the fact that two of Francis’ trips mirrored his own, for the films fuocoammare (fire at sea2016) and night (2020). The documentary includes his own footage of him with that of news archives, but Pope Francis’ voice is the main one throughout the film. While reporters and followers are occasionally heard, the emphasis is on Francis, creating a singular tone. His softly-spoken messages from him combine with classical, often choral music to hypnotic effect.

We see him visit women’s and men’s prisons, where he preaches about dignity and dreams. We see him speaking about the power of collaborating with other religions, rather than making enemies of them. We also see him at press conferences, dealing with difficult questions — while this is no warts and all biopic, it doesn’t entirely shy away from controversy.

Pope Francis comes across as a gentleman who is troubled by the modern world but hopeful about humanity, perhaps qualities that Rosi himself shares. The pair certainly share a passion for travel, as the title suggests.

In 2019, Jonathan Pryce-starrer The Two Popes took an accessible approach to portraying Francis’ relatively progressive nature. This works as a more serious companion piece, reflecting on some of his biggest concerns, from poverty to the environment to war. It doesn’t offer easy answers, and it certainly doesn’t suggest that the Catholic Church has them either — but it’s a moving reflection on the world’s trials, and a tribute to those who seek to change them.