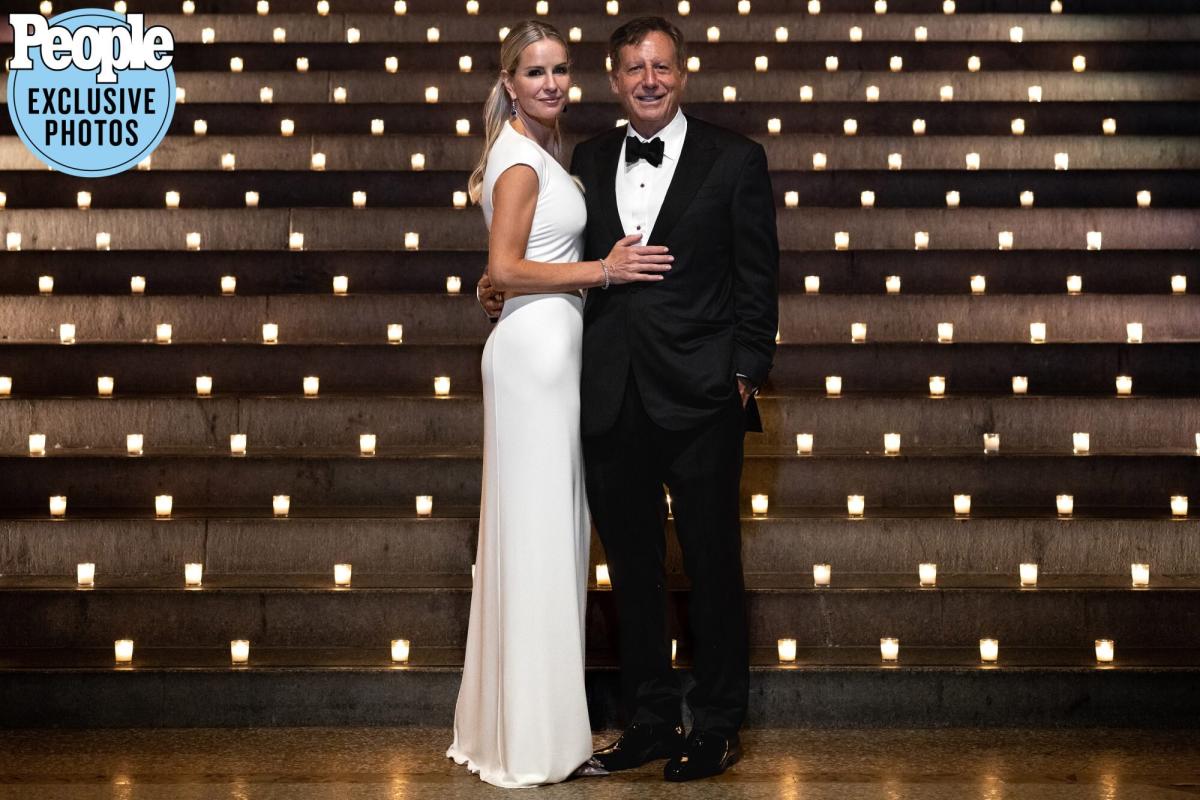 The wedding was attended by family and friends including Sara Gilbert, Donna Karan, Corey Gamble Al Michaels, and George Stephanopoulos and Ali Wentworth.

“I’m so happy because I never thought I’d find love like this,” says Ashton, 53, who wore a Ralph Lauren Collection gown for the big day. “But when you’re older, it doesn’t take long to recognize when you’ve found your soul mate.”

RELATED: All the Celebrity Weddings of 2022

During the ceremony, which took place at New York City’s famed Harmonie Club, Ashton was escorted by her son Alex, 24 and daughter Chloe, 22, before exchanging emotional vows with Werner, 72.

Following the vows, guests were transported to the Metropolitan Museum of Art for a reception at the ancient Temple of Dendur for a dinner of fish and filet, as well as tunes by the Elan Music band.

“We just wanted it to be a celebration of love and happiness,” says Ashton of the nuptials, which were planned by Todd Fiscus of Todd Events. “I never thought this would happen for me. And I am so grateful.”

Ashton and Werner, who produced notable shows like Roseanne, The Cosby Show and That ’70s Show and is also co-owner of the Fenway Sports Group, Boston Red Sox and chairman of the Liverpool Football Club, met in February 2021 through their mutual friend Ben Sherwood, former President of ABC News.

“I think I was one of the only people working in television who didn’t know who he was,” recalls Ashton. “I did n’t watch his shows and I was n’t a baseball or soccer fan. But after our first date, we got serious pretty quickly.”

“I’ve been through a lot of heartbreak,” says Ashton. “And in a lot of ways, when you’ve lived suicide and the loss of a loved one, it makes the hard things harder. I was cynical that I’d ever find love.”

Meeting Werner, “it felt very different, for both of us,” says Ashton. “And from the beginning, he was incredibly sensitive and compassionate. It takes an incredibly strong person to be as gentle with someone’s heart as he has been with mine. He has this ability to heal my wounds and nourish my dreams at the same time. “

Now, as they prepare for a romantic honeymoon in the Caribbean, “I’m just feeling so excited to be married to Tom,” says Ashton. “Life really is so precious.”