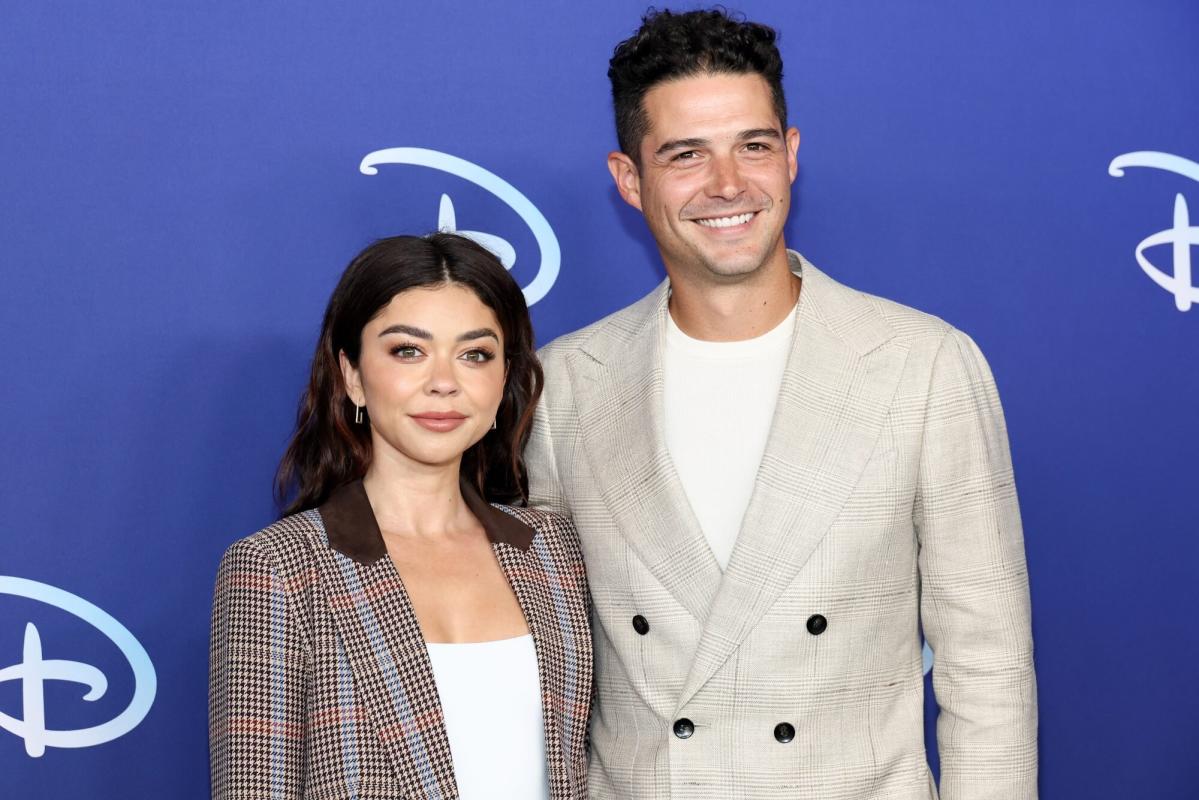 Wells Adams is happily married to the love of his life, Sarah Hyland.

During the 2022 Bachelor in Paradise Red Carpet Tastemaker event on Saturday, the reality star spoke to PEOPLE about his recent nuptials to the Modern Family actress, which was held on Aug. 20 in an outdoor ceremony in Santa Barbara.

While watching Hyland, 31, walk down the aisle on their big day, the Bachelor in Paradise bartender shared that he got quite emotional.

RELATED: See All the Photos From Sarah Hyland and Wells Adams’ Stunning Honeymoon in Maldives: ‘Paradise’

“There’s a picture on my Instagram with me crying and then Jesse Tyler Ferguson was officiating us, and he was crying,” Adams, 38, said. “And my best man who’s my brother was next to me. He was crying, so everyone was crying.”

The August ceremony — which hosted around 200 guests, according to Adams — was also a Modern Family reunion of sorts, with Ariel Winter, Nolan Gould, Sofia Vergara, and Julie Bowen in addition to Ferguson all in attendance to celebrate Hyland.

As for his favorite part of the wedding, Adams said it was the moment when he was able to “kiss her the second time.”

“We walked halfway down the aisle and kissed again, and we did a church kiss the first time,” he told PEOPLE. “And the second time was a real passionate one. And everyone’s cheering. So I think that was it.”

The preparation leading up to the special day was definitely a team effort from both the bride and the groom, with Adams noting he “was pretty involved, as much as a guy I guess can be involved.”

“I was highly involved in the band and the food and the booze, which is important,” he explained. “[I] had zero hand in the flowers, which Sarah did all by herself. And if you go look at the floral arrangements, should be blown away. And everyone was like I’m not sure if this color palette will work. And then it turned out to be amazing.”

Adams and Hyland started first dating in 2017, after Hyland had been quite public about her crush on Adams while he starred in JoJo Fletcher’s season of The Bachelorette. They were engaged in 2019, and faced multiple wedding delays due to the pandemic before finally exchanging vows, two years after their original date.

After tying the knot, the newlyweds jetted off to the Maldives for their honeymoon last month, with the pair packing on the PDA and enjoying some tropical cocktails under the sun.

“Paradise on Love Island 🏝✨,” Hyland wrote in the Instagram caption at the time alongside a series of photos from the couple’s romantic getaway.