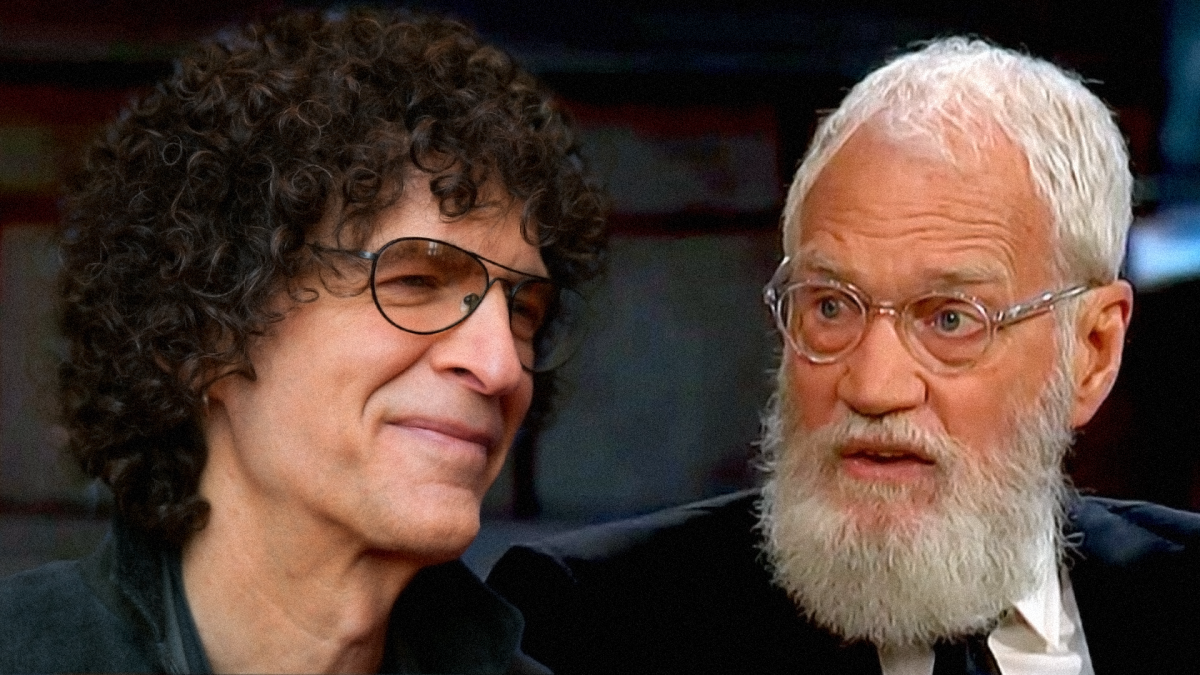 David Letterman returned to late-night television on Tuesday’s Jimmy KimmelLive!. The former host of The Late Show discussed a range of topics, most notably his ongoing friendship with radio host Howard Stern. The two worked in the same building and became friends. But their relationship deteriorated when Stern, seemingly unprovoked, started insulting Letterman and his wife, Regina Lasko.

“In those days Howard was a shock jock. And I was always afraid of Howard. Because I didn’t want Howard to say unpleasant things about me. …But he he did.”

In 2018, Stern apologized on Letterman’s Netflix series, My Next Guest Needs No Introduction With David Letterman. Since then the two have remained friends.

“I only talk to him about once a year,” said Letterman. “That’s plenty. And the last time it was a mistake.”

Recently, Letterman thought Stern sent him one of his highly coveted original paintings as a token of their friendship.

“There’s a beautiful painting, a watercolor,” said Letterman. “And so I text him right back. I said, ‘Wow, Howard, that’s unbelievable’. And then when I get home I call him. And he says, ‘Oh, yeah, I feel that to you by mistake.’ So I love Howard. I just think arm’s length may be the way to go here.”

Watch as Selma Blair stuns with cartwheel and splits on ‘Dancing With the Stars’: