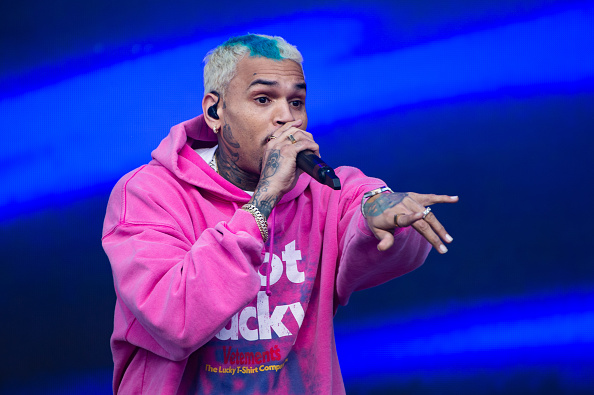 Chris Brown does not play about his fans and he’s been making that clear in his recent meet and greets! Chris and his fans of him have been lighting the innanet up as hilarious and risqué photos of them are going viral. The ‘Warm Embrace’ singer has been facing a lot of criticism for the price tag of the photos, but he wasn’t having it!

Chris posted a message on Monday night defending his decision to get up close and personal with his supporters.

PSA!!! WHEN ARTIST (EVERYONE) FROM CONCERTS, they all have something called a VIP PACKAGE. I HAVEN’T DONE MEET AND GREETS IN OVER 7 years…”

As we previously reported, folks online were split about Breezy charging fans $1,000 for the legendary photos that came along with their VIP packages. Some photos featured Chris hugging fans, holding them in his arms, and even bending some over, and he doubled down on his decision to do so.

I HAVE THE COOLEST FANS ON THE PLANET.. I APPRECIATE THE F*CK OUTTA THEM. THESE ARE MEMORIES THAT WILL LAST WITH THEM FOREVER. UNLIKE MOST OF THESE LAME A** ARTIST THAT WONT EVEN MAKE EYE CONTACT WITH THE PEOPLE WHO MADE IT POSSIBLE TO EVEN HAVE A CAREER. I ONLY EXIST BECAUSE THESE FANS SAW SOMETHING IN ME I NEVER THOUGHT WAS POSSIBLE..SO IMA GO ALL OUT FOR MY FANS!!!!”

Check out some of the photos below!

Idk I think me and @Chris Brown snapped in these photos ♥️♥️♥️ pic.twitter.com/9h9UwJdz9A

wait chris and i look like high school sweethearts 😭😩😂 i love you @Chris Brown ❤️ pic.twitter.com/5JcPKhbFCs

chris brown doing bf and gf poses in these meet & great photos are EVERYTHING, he really knows how to make their money worth it 🫶🏻❤️ pic.twitter.com/CkosDvl0Jh