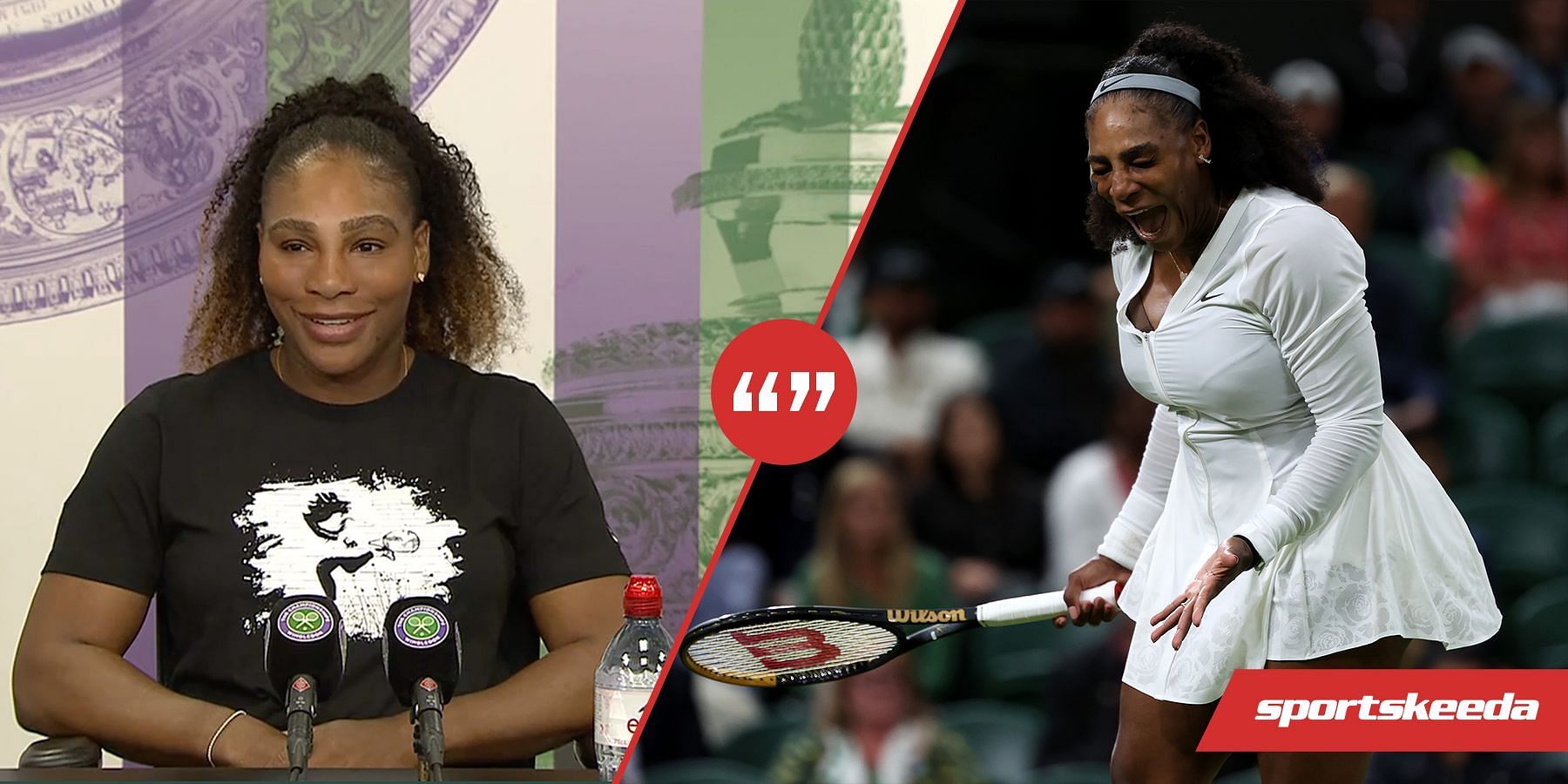 Serena Williams’ 2022 Wimbledon campaign ended in the first round following her defeat to Frenchwoman Harmony Tan on Tuesday. The grueling three-hour and 10-minute-long contest ended with the American losing 7-5, 1-6, 7-6(7) on Center Court.

Williams was back in action after almost a year on the sidelines, aside from the two doubles matches she played alongside Ons Jabeur at the Rothesay International Eastbourne earlier this month. Though she understandably looked a little rusty and error-prone, the 40-year-old summoned all her experience and strength to push the match to a third-set tie-break.

Speaking at her post-match press conference, Williams confirmed her intentions to compete at this year’s US Open, but stopped short of confirming a return to SW19 next year.

“When you are at home, especially in New York, and knowing that the US Open is the first Grand Slam I have won, it is definitely something super special. Your first time is always special. I have a lot of motivation to improve and to play at home,” Serena Williams said.

“That’s a question I can’t answer [on returning to Wimbledon next year]. I don’t know. Who knows? Who knows if I’ll be there or not,” she added.

Williams said that while she was unhappy with the loss, she did the best she could against the 24-year-old Tan.

However, she agreed that the lack of competitive match action played a part in her defeat.

“If you’re playing week in, week out, or even every three weeks, every four weeks, there’s a little bit more match toughness. But with that being said, I felt like I played pretty okay on some of them. Not all of them. Maybe some key ones I definitely could have played better. You’ve got to think if I were playing matches, I wouldn’t miss some of those points,” Williams said.

The 23-time Major champion, who stated that she was physically in good shape for most of the match, was at least happy to put the memory of last year’s injury-forced retirement behind her.

“Physically I was fine. Last couple of points I really started to feel it, but I’m moving well, I’m getting a lot of balls back. I’m moving well in practice as well. That wasn’t surprising for me because I knew I was doing that well. I didn’t practice for, you know, a three-hour match, so…I guess that’s where I went wrong,” Serena Williams said, adding, “It’s definitely better than last year, that’s a start.”

The opening-round defeat to Harmony Tan leaves Serena Williams still one Grand Slam title short of matching Margaret Court’s record of 24 Major titles. While she holds the record for most Majors in the Open Era, the American trails Court in the all-time list.

Williams won her 23rd Grand Slam title at the Australian Open in 2017 and has been looking forward to her next triumph ever since.

The 40-year-old American has fallen short several times over the last five years, losing four Grand Slam finals (Wimbledon 2018 and 2019, US Open 2018 and 2019) and two semifinals (US Open 2020, Australian Open 2021). She will have another shot at accomplishing the feat at the upcoming US Open.