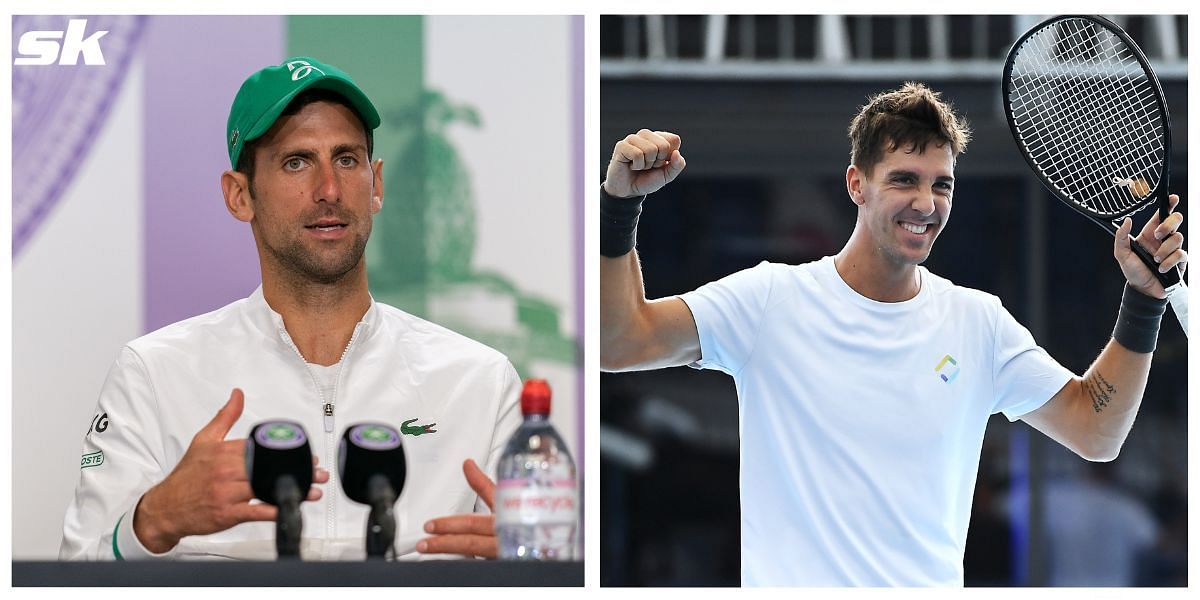 Following his Wimbledon second-round win on Wednesday, Novak Djokovic has said that he wasn’t extra motivated to beat Thanasi Kokkinakis because he’s Australian.

Earlier in the year, Djokovic was not allowed to defend his title at the Australian Open because of being non-vaccinated against COVID-19. That was despite the Serb arriving in the country with a medical exemption.

However, following his victory over Kokkinakis at SW19, Djokovic alluded in his press conference that he didn’t have any point to prove by beating an Australian player. On the contrary, the Serb said that he has a good relationship with the 26-year-old, whom he has now beaten twice in as many meetings.

“I didn’t have an extra intensity or more desire to win because Thanasi was Australian, quite the contrary as we have a very good relationship,” said Djokovic. “He’s a great guy, (and) we get along great off the court. I don’t hold any kind of grudge against anyone who comes from Australia.”

Djokovic needed four sets to see off Soonwoo Kwon in his tournament opener two days ago. He struggled to find his mojo in his first competitive match on grass in a year.

However, that was not the case against Kokkinakis. The Serb was clearly the better player as he moved through to the next round after dishing out a ‘satisfying’ performance. Djokovic likewise said in his press conference, sounding pleased with his performance on Center Court against a ‘tough’ opponent.

“The quality of tennis today was very high from my side, much better than my performance in the first match,” said the Serb. “I knew I had to start well because I was facing a really tough opponent, someone who serves well, has a great serve and a great forehand.”

The three-time defending champion said that he was happy with his game plan against Kokkinakis.

“I didn’t want to give him too much time,” said Djokovic. “I played without too many unforced errors, from the back of the court. Every time I needed to put the ball in play with the return, I did it. Overall, it was a very satisfying performance.”

Novak Djokovic will next take on fellow countryman Miomir Kecmanovic on Friday for a place in the second week. Djokovic has won both his previous meetings with Kecmanovic.