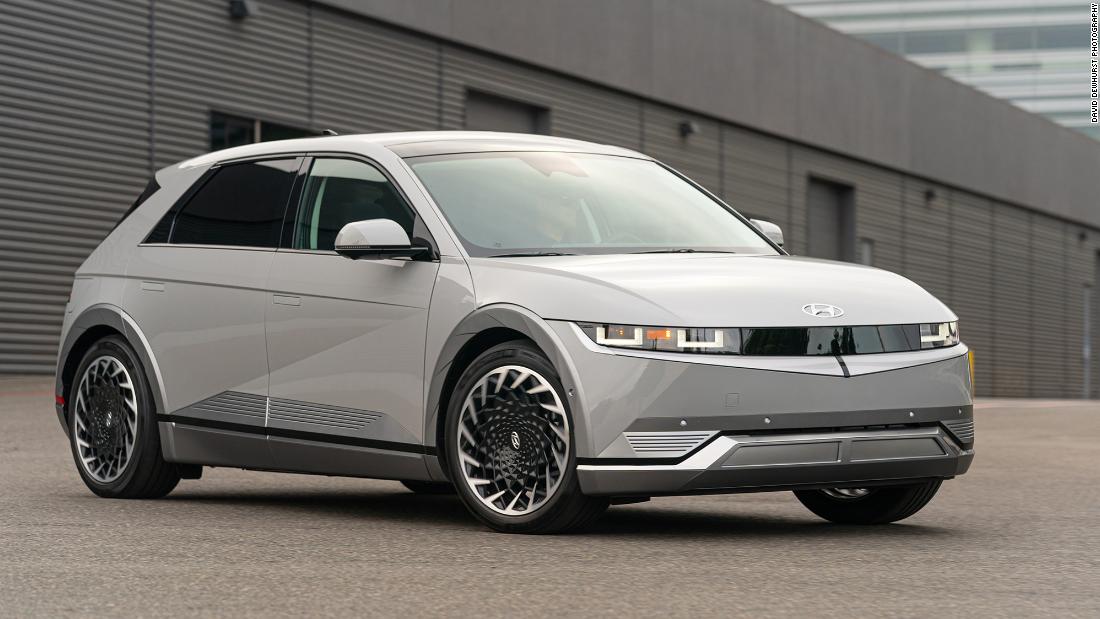 Car and Driver staffers lauded the Hyundai’s performance — it gets up to 320 horsepower from two electric motors — impressive fast-charging capability and its relatively affordable price. Prices start at $41,245 for a rear-wheel-drive car capable of up to 168 horsepower and 220 miles of range. The most powerful all-wheel-drive version Car and Driver tested cost $57,490.

The most striking thing about the Ioniq 5 is its design, according to the publication.

“Is this not the coolest design on the road?” Car and Driver editor-in-chief Tony Quiroga wrote in an article about the award.

The Ioniq 5’s general shape is like a large hatchback or a low-riding SUV — it could be seen either way — but it’s covered in sharp creases and straight edges. The taillights and front daytime lights look like something out of a very low resolution computer game. Surprisingly, though, the Ioniq 5 has a fairly slick 0.29 coefficiency of drag meaning it’s only a little less aerodynamic than the Tesla Model 3.

The car’s fast-charging 800-volt electric system and its easy-to-use and functional driver-assistance technologies were also factors in the award, Quiroga said.

Unlike most car awards, such as Motor Trend Car of the Year, in the Car and Driver’s EV of the Year, a past winner can compete again the following year. That means that last year’s winner, the Ford Mustang Mach-E, was in the running again this year.

But the magazine’s staffers thought the Ioniq 5 was actually a little more fun to drive than the Mustang, said Quiroga.

“Fun to drive” was one of four categories in which vehicles were rated. The others were value, how well the vehicle performed its intended function, and technology.

It was also competing against the Kia EV6. Although they operate as separate companies in the United States, Kia and Hyundai are closely related companies at the global level. Hyundai’s parent company owns a controlling interest in Kia.

While the Ioniq 5 and EV6 look very different from one another — both are strikingly unusual in their appearance but in distinct ways — they share much of their engineering, thanks to that relationship. Performance tests by Car and Driver on the two models yielded similar results and they are also similarly priced with the EV6 Car and Driver tested costing only $3,000 less than the Ioniq 5. Again, though, staffers thought the Hyundai was just a bit more enjoyable to drive than the Kia, Quiroga said.

A third vehicle, the Genesis GV60, also shares the same engineering platform as the EV6 and Ioniq 5 but, with its higher price, it lost out on value despite garnering praise from the judges, Quiroga said.