A weakened but still formidable Hurricane Ian swept across Florida toward the Atlantic seaboard on Thursday after thrashing the state’s Gulf Coast with fierce winds, torrential downpours and raging surf that flooded oceanside communities. 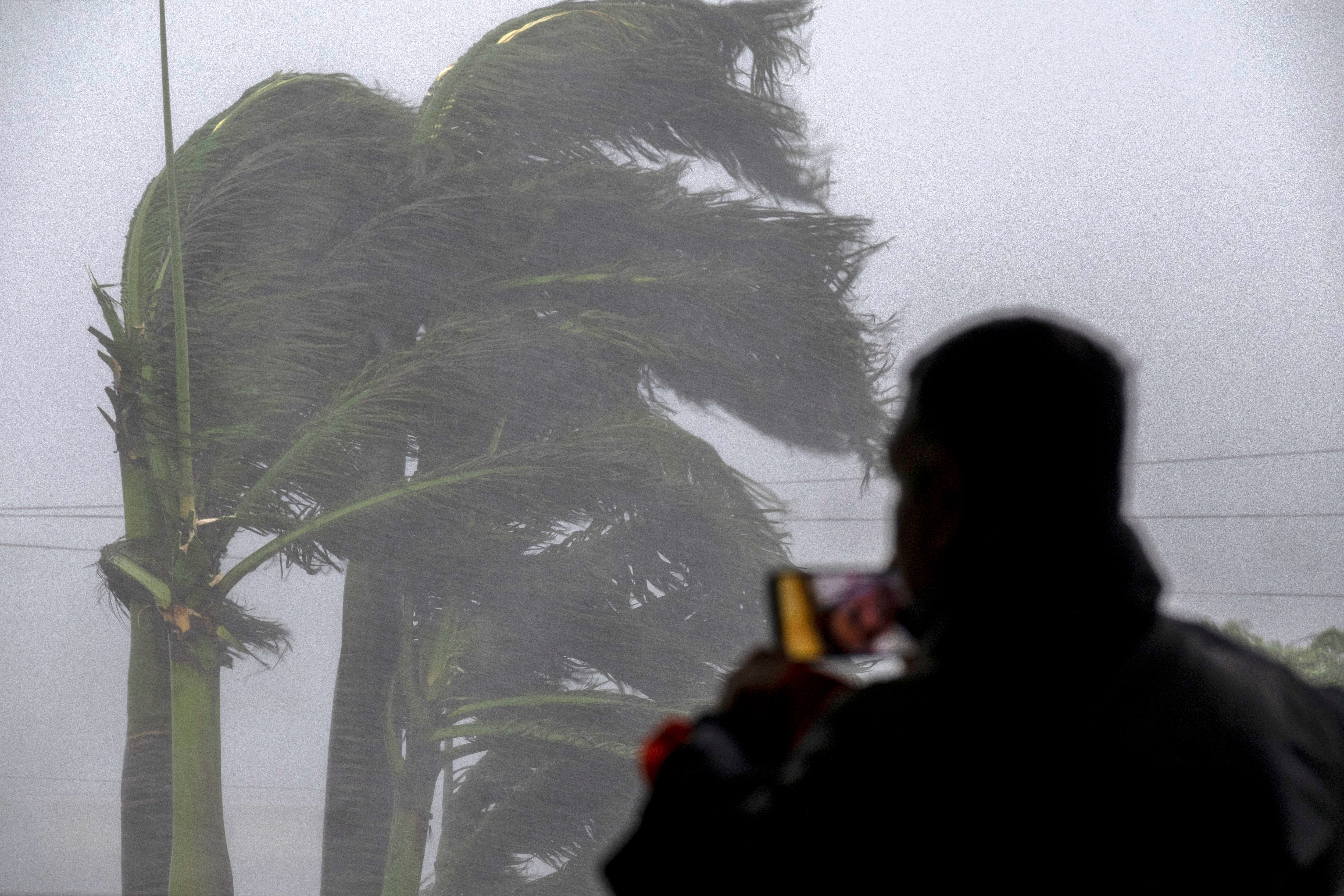 Ian blasted ashore with catastrophic force on Wednesday afternoon as a Category 4 hurricane, packing maximum sustained winds of 150 miles per hour (241 kph), and quickly plunged the region’s flat, low-lying landscape into a scene of devastation. 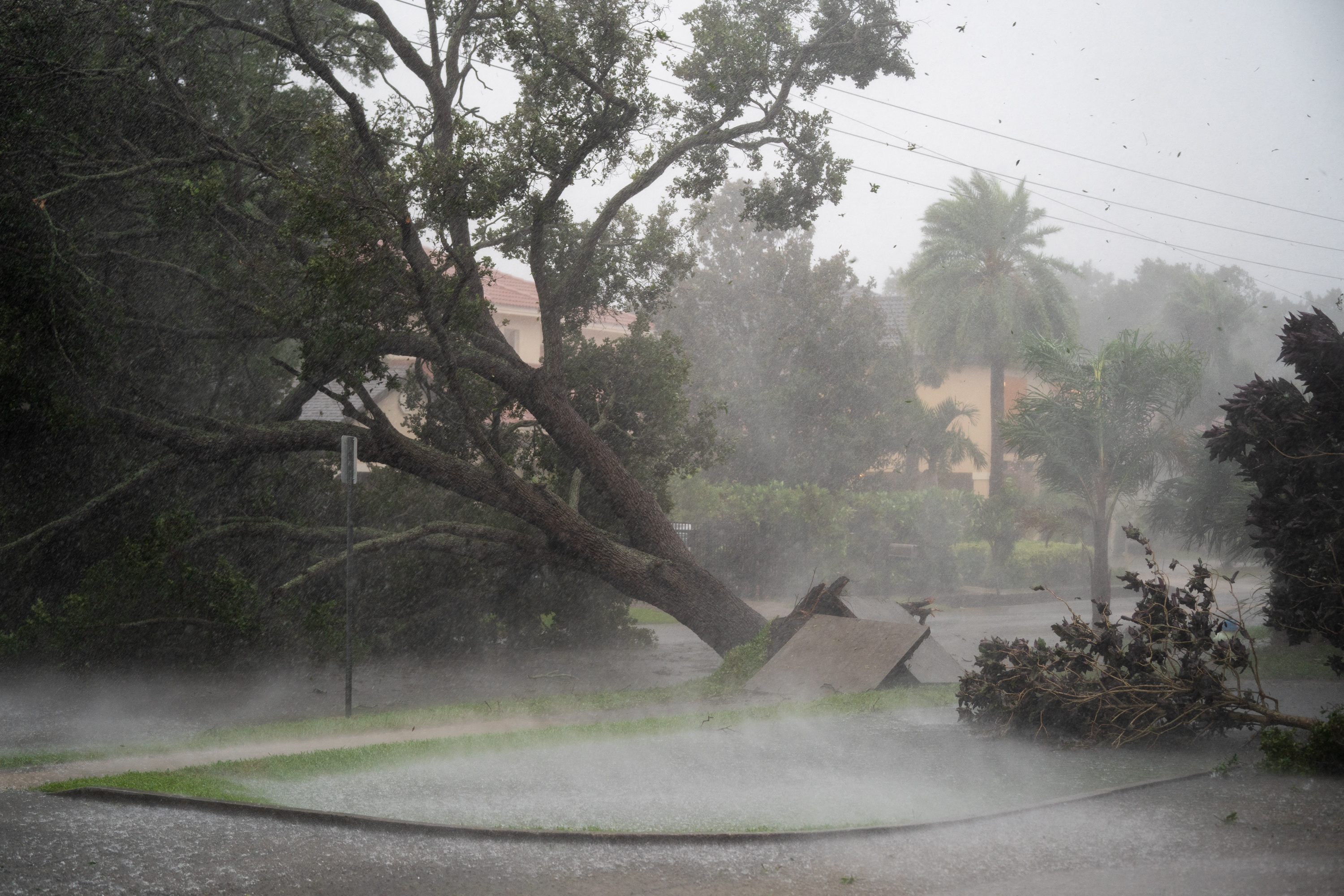 Ian’s winds, making it one of the most intense storms to strike the US mainland in recent years, diminished significantly after nightfall. 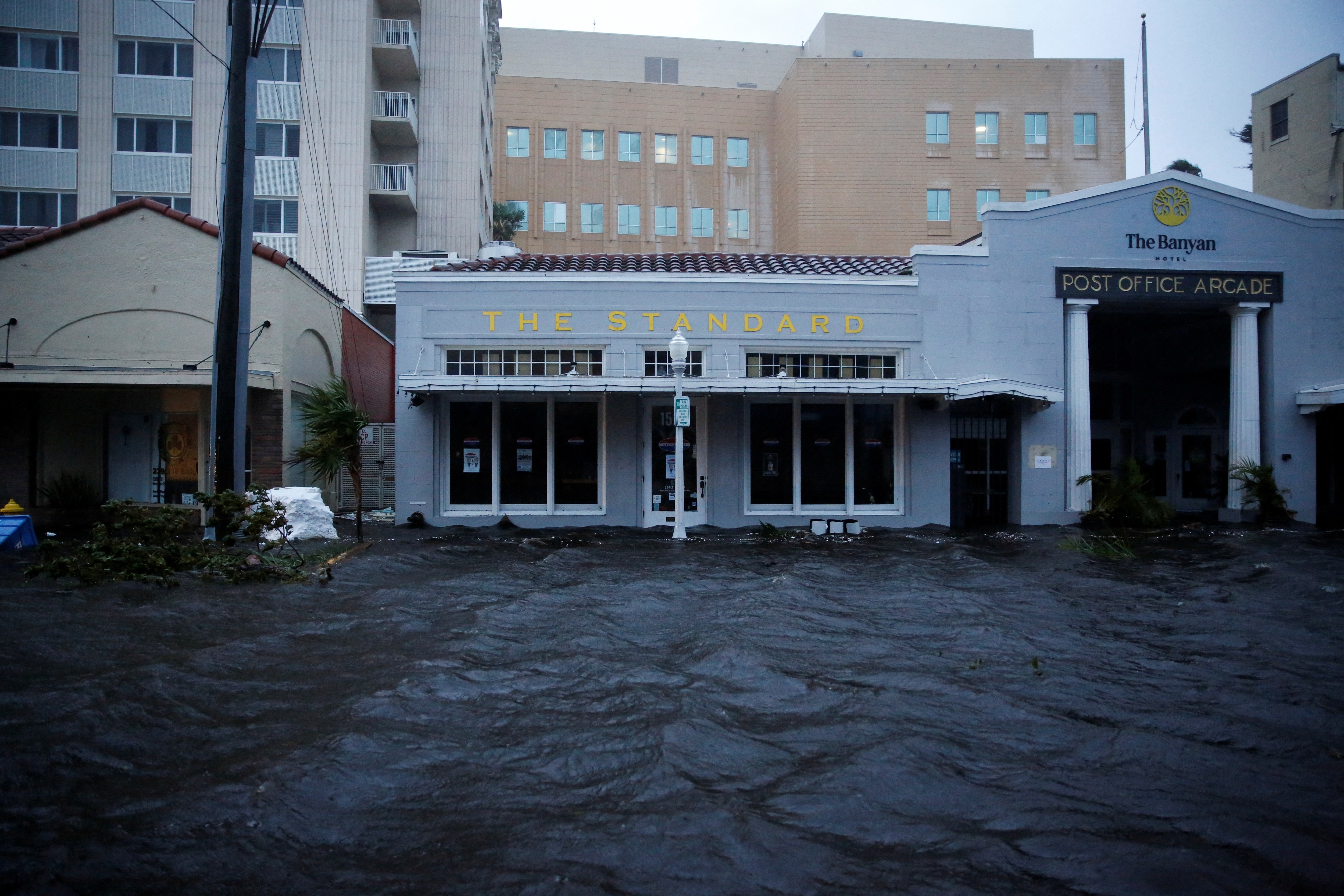 A flooded street is seen in downtown southwestern Florida

Within eight hours of its arrival, Ian was downgraded to Category 1 on the five-step Saffir-Simpson scale, with top sustained winds of 90 mph (150 km/h), the National Hurricane Center (NHC) reported.

Storm debris litters a street in the wake of Hurricane Ian

There were no official reports of storm-related fatalities or serious injuries. 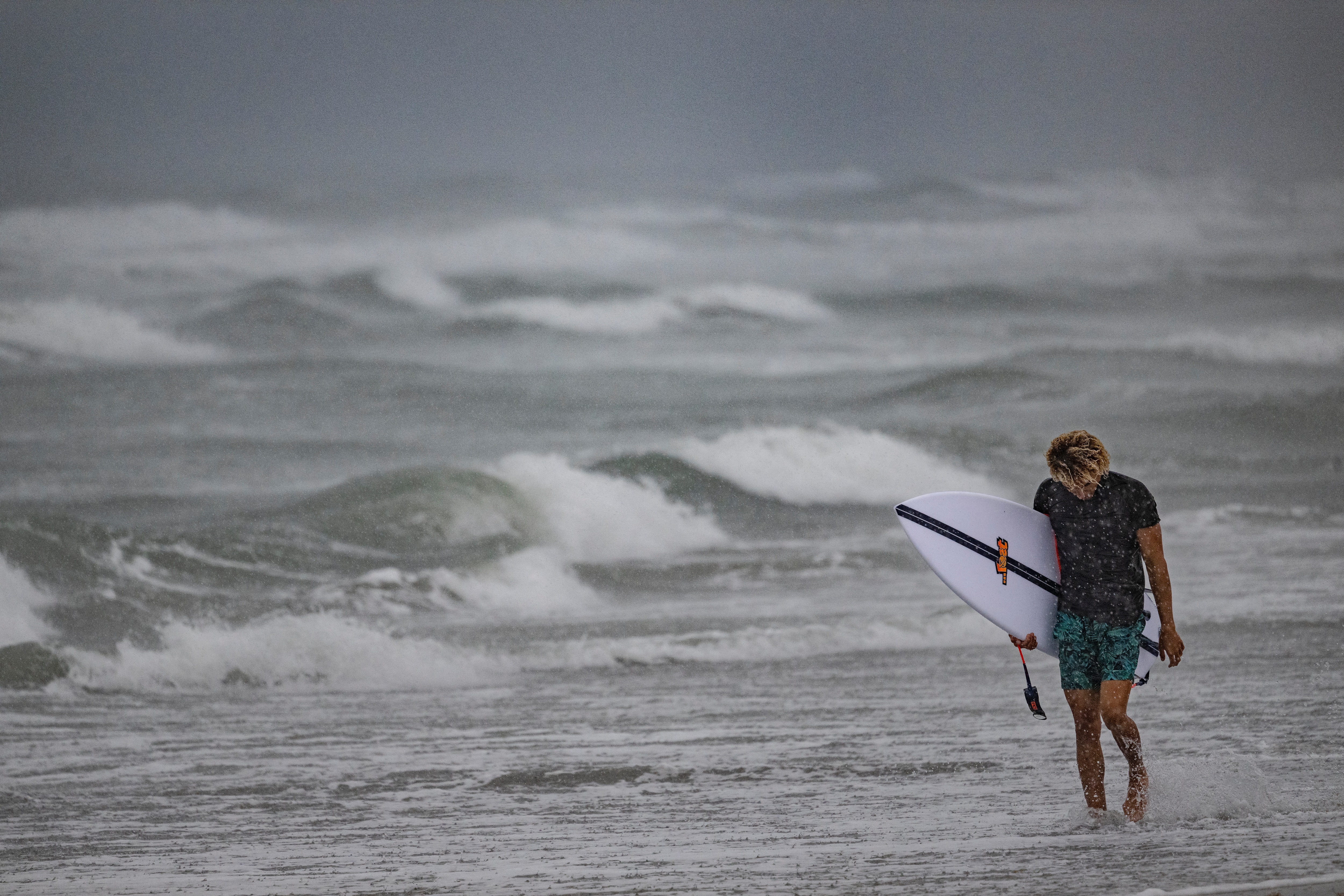 Ian is set to affect several million people across Florida and in the southeastern states of Georgia and South Carolina.

Children play with waves at the seafront in the aftermath of Hurricane Ian in Havana, Cuba

About 2.5 million people were under mandatory evacuation orders in a dozen coastal Florida counties, with several dozen shelters set up, and voluntary evacuation recommended in others. 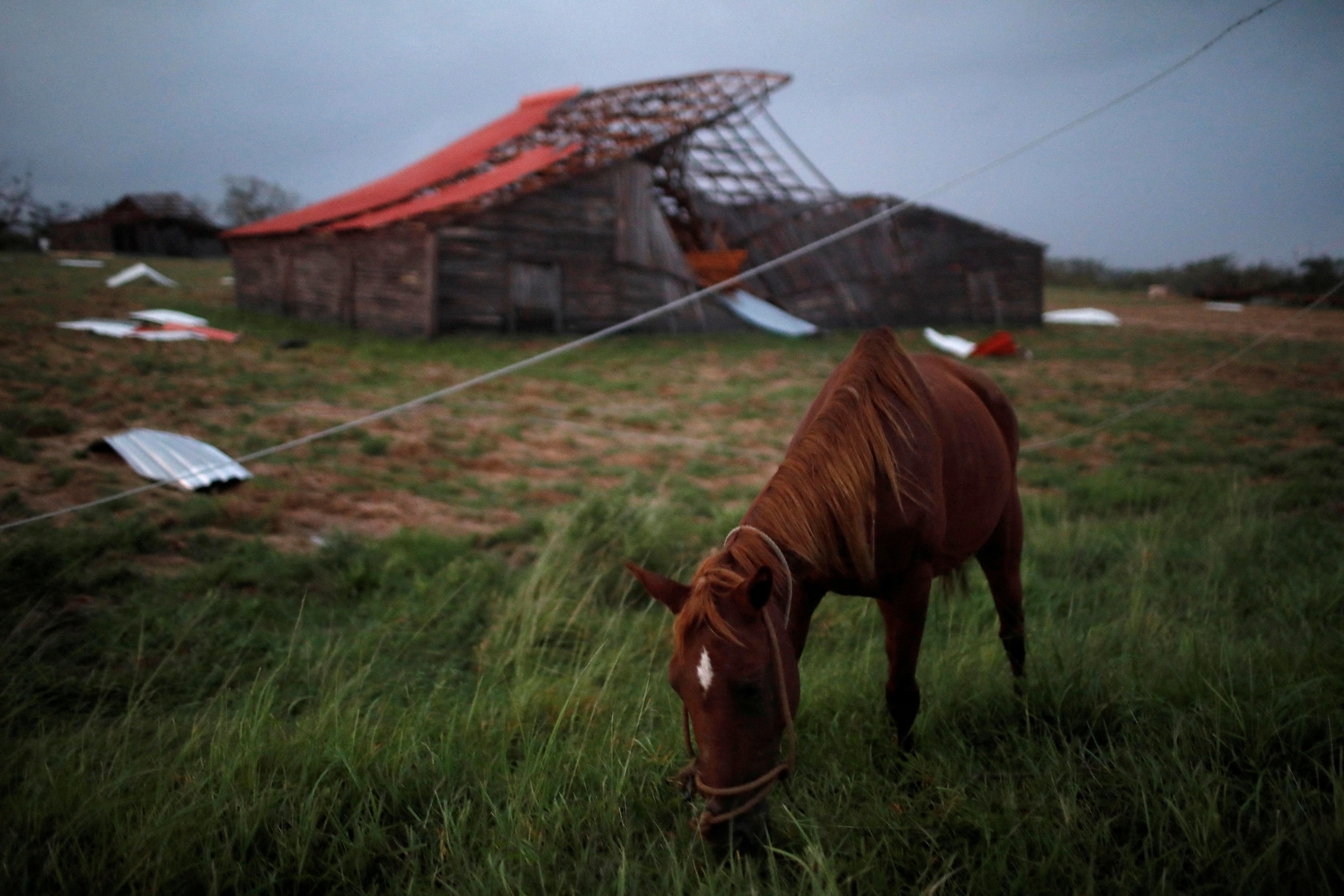 A horse is seen in front of a destroyed house in the aftermath of Hurricane Ian in Puerta de Golpe, Cuba

Ian had plunged all of Cuba into darkness a day earlier, after battering the country’s west as a Category 3 storm and downing the island’s power network. 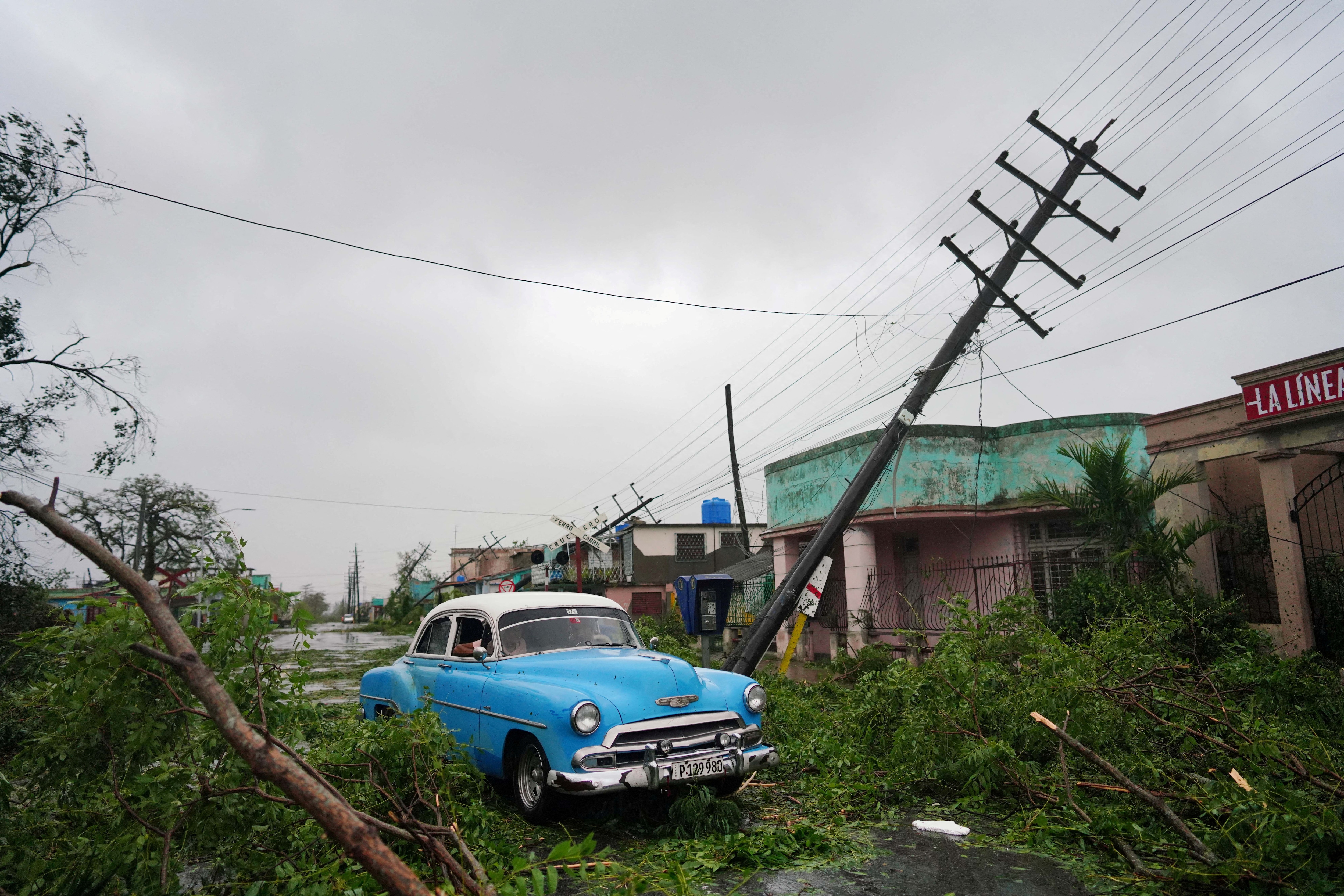 In the United States, the Pentagon said 3,200 national guard personnel were called up in Florida, with another 1,800 on the way. 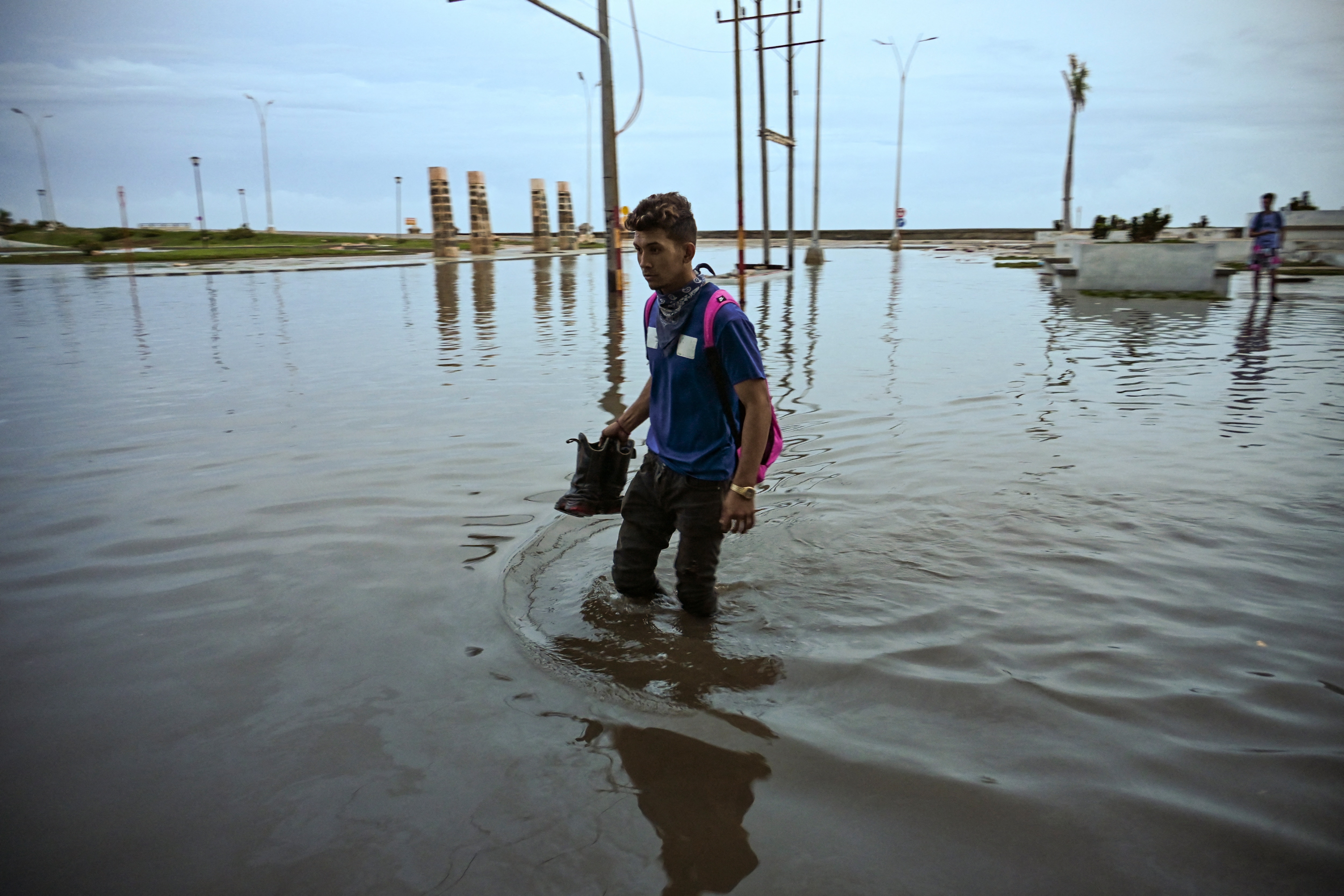 As climate change warms the ocean’s surface, the number of powerful tropical storms, or cyclones, with stronger winds and more precipitation is likely to increase.

(With inputs from AFP and Reuters)