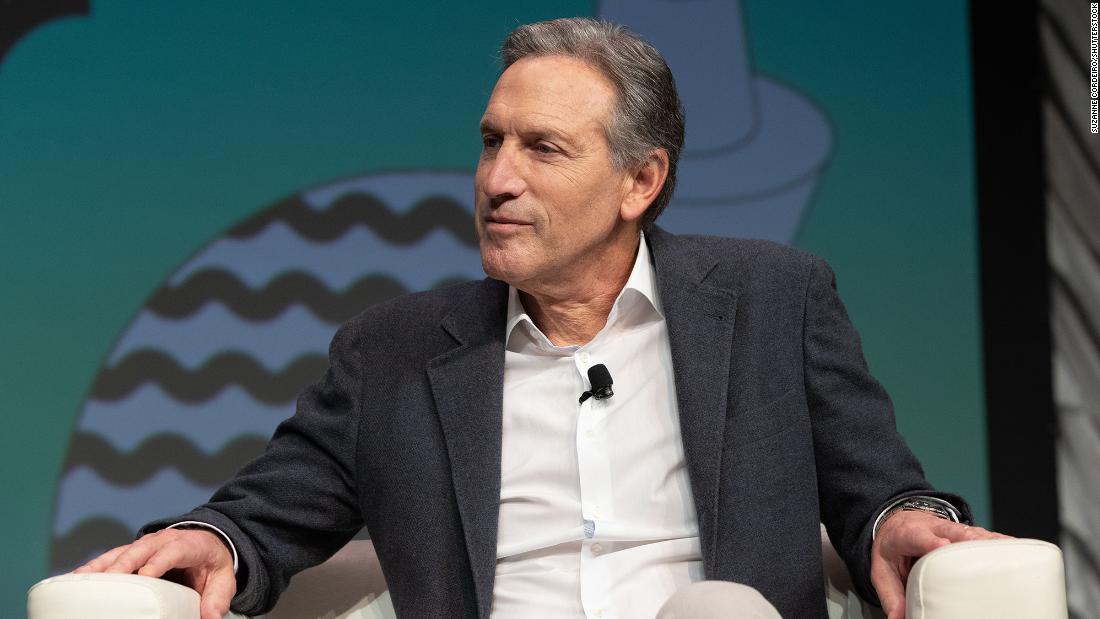 “I am never coming back again because we found the right person,” he said Wednesday on CNBC’s Squawk Box.
Last week, Starbucks announced that Laxman Narasimhan, outgoing head of the British Reckitt Benckiser Group, will become the company’s new CEO.
Schultz last year stepped into the CEO role for a third time, replacing Kevin Johnson, who retired in April after five years in the job. Since then, Schultz has served as the company’s interim CEO, at a salary of $1, helping leadership in its search for a permanent replacement and developing a plan to shake up the company.

But Schultz is not leaving the company entirely, or right away. He’s planning to stay on Starbucks’ board of directors, and the company said last week that Schultz will continue to advise Narasimhan through next year.

Although Narasimhan will join Starbucks (SBUX) in October, he won’t become CEO until April. In those first six months, his title will be “incoming CEO.”

On Squawk Box, Narasimhan described that interim period as a “structured immersion process,” as he spends time with Schultz and gets to know the company. “It’s a unique opportunity for me to apprentice very close to an iconic founder,” he said.

Schultz noted on the program that he is “here to support,” Narasimhan, calling him “the best possible candidate in the world to lead Starbucks.”

Narasimhan is stepping into the role at a pivotal moment for Starbucks, which is fighting a unionization effort that is gathering steam in the United States and continues its expansion in China, its major growth market.

The company will hold its annual investor day on September 13.