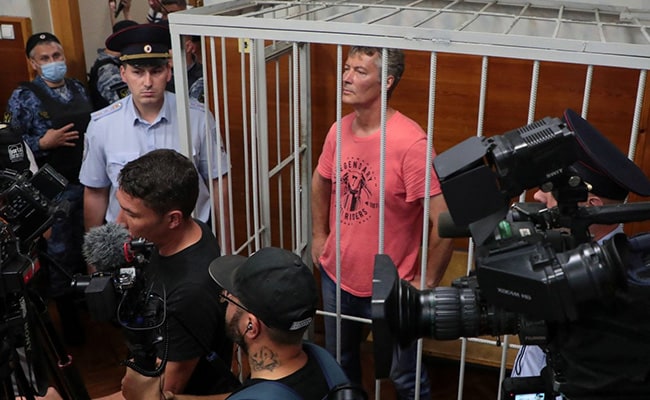 A growing number of Russians are being prosecuted under laws aimed at stamping out criticism of Moscow’s military actions in Ukraine.

Here is a look at the laws and how they are being applied laws.

What New Laws Did Russia Pass After Feb. 24?

Russia introduced important additions to two articles of the criminal code under a law passed on March 4.

Article 280.3 states that “public actions aimed at discrediting the use of the armed forces of the Russian Federation” are punishable by fines and prison terms of up to three years in lesser cases, or five years if there is resulting damage to life, property, public order and security.

Article 207.3 states that “public dissemination of deliberately false information about the use of the armed forces of the Russian Federation” is punishable by fines and prison sentences of up to three, five, 10 or 15 years, depending on the circumstances and on whether the offense had “serious consequences”.

What Is The Difference Between The Two Offences?

The Justice Ministry issued a manual for investigators and judges this month explaining how to differentiate between discrediting the army and the graver offense of spreading false information, Russian media reported.

Kommersant newspaper cited the manual as saying that making a “statement about a false fact”, as opposed to voicing an opinion, would amount to spreading false news.

How Many Cases And Prosecutions Are There?

Pavel Chikov, a human rights lawyer, said about 3,500 cases had been launched for discrediting the army and nearly all those involved had been found guilty. These are initially treated as “administrative offences”, leading only to fines, but anyone who then speaks out further against the war risks criminal prosecution, he said.

More than 85 criminal cases related to “false information” had been opened by early August, according to the Agora Legal Group, a human rights association.

The first such case, according to rights activists, was opened just a week and a half after the invasion began.

Following are some of the most prominent cases to come under investigation so far.

Yevgeny Roizman – former mayor of Yekaterinburg, Russia’s fourth-biggest city, who has repeatedly described Moscow’s actions in Ukraine as a war and an invasion, and has been charged with discrediting the armed forces. A court this week banned him from attending public events, using the internet or communicating without permission with anyone except his lawyer and relatives until Sept. 29.

Marina Ovsyannikova – former state TV journalist who protested live on air and on a Moscow street opposite the Kremlin. She has twice been fined, and earlier this month she was charged with spreading false information about the armed forces, for which she faces up to 10 years, her lawyer said. She is currently under house arrest.

Ilya Yashin – opposition politician who is lying accused, allegations to investigators, of the army in a YouTube post about Russian actions in Bucha, near Kyiv, where Moscow has denied that its forces committed atrocities. He has been in pre-trial detention since June and faces up to 10 years if convicted of spreading fake news.

Vladimir Kara-Murza– The opposition activist was detained on April 11. He had told the Arizona House of Representatives that President Vladimir Putin was “dropping cluster bombs on residential areas, mothers’ homes, hospitals, and schools”. He is also in pre-trial detention and facing up to 10 years for spreading false information.

Alexei Gorinov – The Moscow district councilor was jailed for seven years in July after being convicted of spreading false information under article 207.3. He had told a council meeting in March that children were “dying every day” in Ukraine.

Andrei Novashov – journalist for Siberia.Realities, a local project of US broadcaster Radio Free Europe. He reposted a text on his social media page about the Russian bombing of Mariupol. He is currently under house arrest and facing up to 10 years in prison.