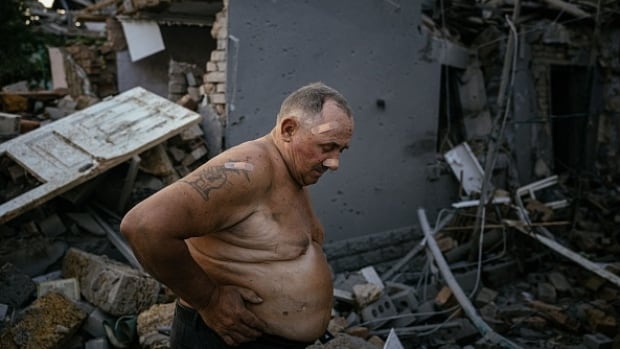 It’s a page ripped straight out of the Soviet-era political handbook — a script Moscow to be having trouble following now that occupation authorities in southern Ukraine have admitted that a so-called referndum on annexing part of the region to Russia is “on pause .”

Kirill Stremousov, deputy head of the Russian-appointed administration in the city of Kherson, told the Russian news agency TASS on Monday that the vote — which was expected to be held on Sept. 11 — would be postponed because of security concerns.

Similar votes were expected to be held throughout early September in other occupied southern Ukrainian communities. Now there’s nothing to indicate that they’ll proceed independently of the Kherson vote — or at all.

The weight of the Ukrainian military’s counter-offensive in the region — coupled with partisan activity targeting Russians with armed attacks and acts of assassination — now has experts asking whether Moscow will be able to hold the referendum at all.

They also say it’s another sign of how the war is upending the social and historical framework of Ukraine.

“I think the bottom line is it’s too fragile to do this,” said Melinda Haring, the deputy director of the Atlantic Council’s Eurasia Center, headquartered in Washington.

“So I don’t expect [Russia] to proceed with it. But, you know, if they were to decide to proceed with it, the side would be ready to try to disrupt it with partisan Ukrainian activity. I think [Ukraine is] going to make sure that the referendum cannot be held.”

The referendum tactic follows a playbook the Russians used after their troops seized the Crimean peninsula in 2014. The international community did not recognize that annexation.

But the process itself has its roots in the political thinking of the old Soviet Union and is meant in some respects to deliver a message for domestic consumption, said a Canadian expert on Ukraine.

‘People didn’t have a choice’

“It was very important for the [Soviet-Russian] regime to go through the pretense of legitimation,” said Dominique Arel, chair of Ukrainian studies at the University of Ottawa.

The Soviet authorities also used such referenda “to mobilize the population” in occupied regions of eastern Europe to keep them in line, Arel said.

“People didn’t have a choice. They had to vote, even if they had no choice on the ballot,” he said.

Arel said Ukraine and the international community both see the Kherson referendum as illegal.

“We all understand that the current exercise will be meaningless in terms of its validity. It will completely be manufactured, the same way that the referendum in Crimea was manufactured in 2014,” Arel said.

Roughly half of the people of Kherson and the surrounding region are Russian speakers and identify themselves as such.

Haring said that, before the war, sociologists in Ukraine feared that there was “a pro-Russian soft underbelly in Kherson that was developing before the war started.”

The invasion, she said, dispelled that fear. Arel agreed, pointing to the significant partisan activity in the region.

The partisan rises in the south

Arel is referring to the Ukrainian Insurgent Army, a Ukrainian nationalist paramilitary and (later) guerrilla group that fought an insurgent campaign against the Soviet Union, Communist Poland and Nazi Germany.

Traditionally, Ukrainian nationalism was “very, very weak in eastern and southern Ukraine and now it is very active,” Arel said.

Haring said she believes the hardship and heartache of the war is creating “a new civic identity in Ukraine,” one that can embrace anyone — whether they speak Russian or Ukrainian or are among the Crimean Tatars who call the Crimean peninsula home — as a patriotic citizen of Ukraine.

“The movement started in 2014 and it’s definitely changed now as a result of the war,” she said.