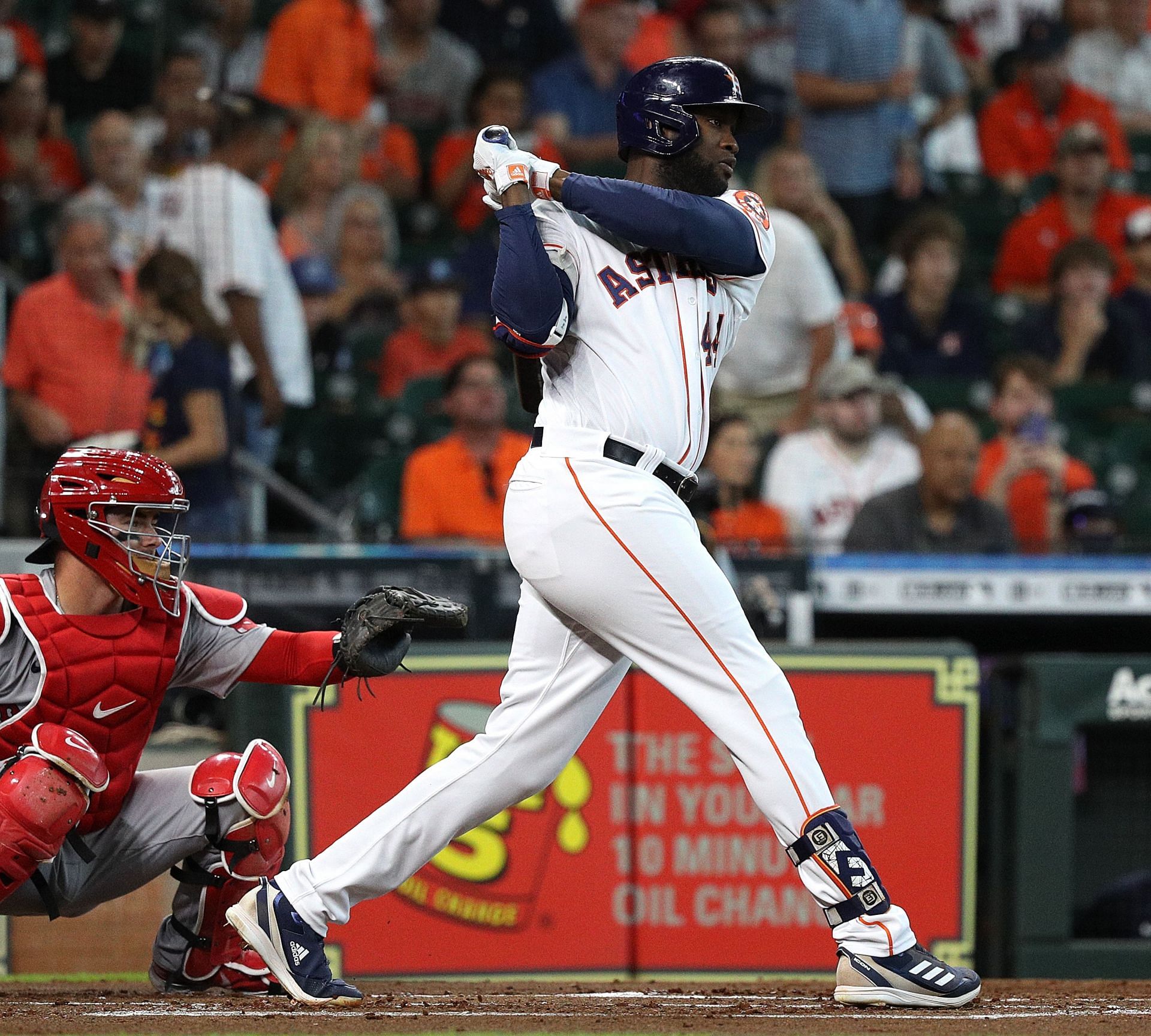 Houston Astros slugger Yordan Alvarez has completed one of the rarest feats in the MLB, getting four strikes in an at-bat instead of three. Most players would strike out after recording their third strike, but not Alvarez. It just goes to show how dominant of an offensive tear he has been on, even umpires have different rules for him!

The only possible explanation is that the umpire forgot one of the strike calls. The surprising part is that the pitcher, catcher, and even broadcasters also did not seem to notice. It’s impossible to say whether or not Alvarez noticed, because he probably wouldn’t say anything about it if he did.

A clip of the strange and unique play was posted to Twitter by jomboy media.

Yordan Alvarez got four strikes in an at-bat and simply nobody noticed?

Yordan Alvarez got four strikes in an at-bat and simply nobody noticed? https://t.co/w1Rt2HeLeH

“Yordan Alvarez got four strikes in an at-bat and simply nobody noticed?” – Jomboy Media

Thankfully, there was no real harm done, as Alvarez was thrown out at firstbase. This hilarious moment in the game between the Houston Astros and the Boston Red Sox will not be forgotten anytime soon.

The officially recorded statistics are also very fun to look at, and are not something that you will see very often.

This is one of the strangest, most unpredictable moments in recent game history, and it’s what makes baseball great. Almost anything can happen during the game; even changing the rules due to forgetfulness.

The Houston Astros’ use of a sign-stealing system may have led them to a World Series championship, but it also branded them as cheaters. Yordan Alvarez was not on the Astros in 2017, nor was he in the MLB. This did not stop the internet from making jokes about this at bat that took four strikes to resolve.

While this was clearly an accident, it would be impressive if the Astros could make it occur regularly, as it would give them a huge advantage. Yordan Alvarez, of course, does not need any more of an advantage. With a .307 batting average and 30 homers this year, he is one of the best offensive players in the league.

This mid-season highlight package from YouTube reaffirms how great Alvarez has been in 2022.

It may have taken four strikes to get Alvarez out, but the Red Sox managed to pull it off despite the unforeseen hurdle.