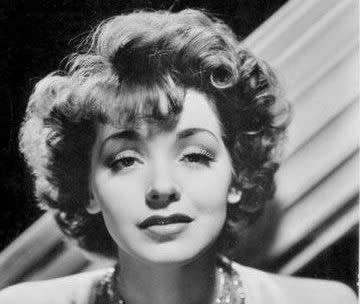 Marsha Hunt, a veteran actress of the Golden Age of film, radio and Broadway who later saw her career wither over her protests against the infamous House Un-American Activities Committee (HUAC), died of natural causes on Sept. 7 in Los Angeles.

Hunt starred in more than 60 films for Paramount, MGM and Republic, starting her career in 1935. She also appeared in more than 30 staged productions, including six on Broadway.

In television’s early days, Hunt appeared as Viola in Twelfth Night, the first Shakespeare play to be aired coast to coast. She hosted and guest starred twice on Your Show Of Shows, featuring Sid Caesar, Imogene Coca, and Carl Reiner. Numerable live and recorded guest appearances followed through the decades.

But her name appeared in Red Channels, an anti-communist pamphlet that was said to wield considerable influence over TV and film studios.

Red Channels accused Hunt’s membership in the Committee for the First Amendment, which included Humphrey Bogart and Lauren Bacall. The group went to Washington in 1947 to protest the imprisonment of 10 writers, directors and producers for contempt of Congress. They had refused to reveal their political allegiance to the House Un-American Activities Committee.

While Hunt was never jailed or charged with any crime, work became harder to find. The Washington Post reports that Hunt twice signed anti-communist loyalty oaths to look for jobs in film and TV, but that she drew the line at taking out an advertisement in trade papers.

Hunt worked periodically after the blacklist era, including a role as the mother a disfigured war veteran in 1971’s Johnny Got His Gun” (1971).

She instead threw her energies into activism, community, civic and national organizations dedicated to humanitarian causes.

A critically acclaimed documentary film of her remarkable life, Marsha Hunt’s Sweet Adversity, was released in 2015.

Hunt is survived by nieces and nephews. Donations in her memory dela may be made to LA Family Housing. lafh.org.