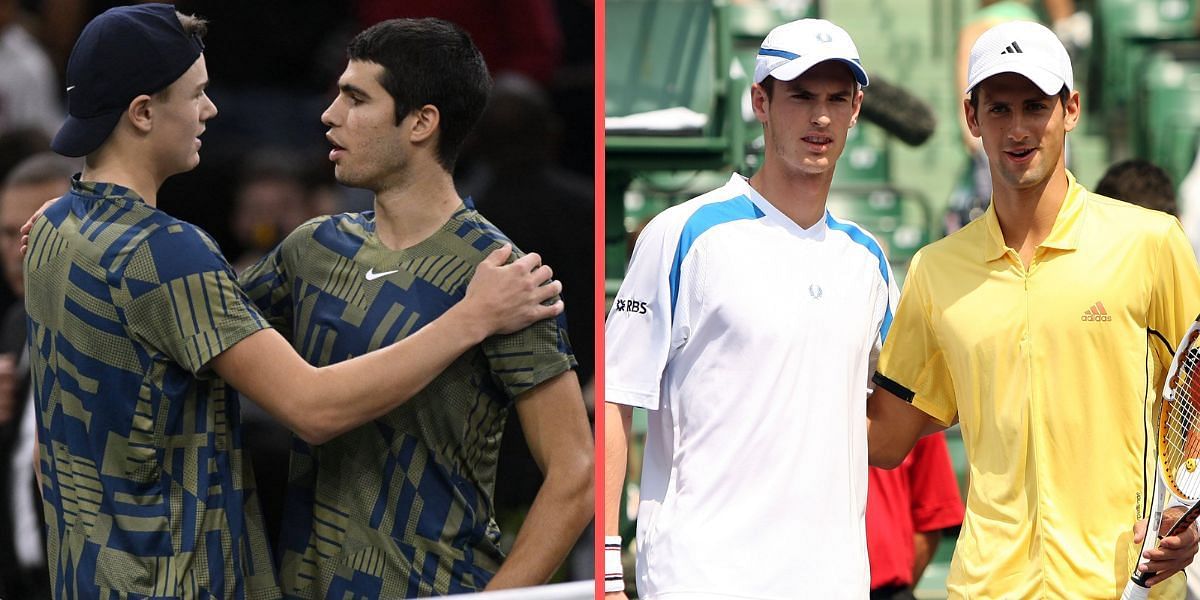 Holger Rune registered the biggest win of his career on Sunday, beating Novak Djokovic 3-6, 6-3, 7-5 to clinch his maiden Masters 1000 title at the 2022 Paris Masters.

With the title win, Rune will also break into the ATP Top-10 for the first time in his career. The Dane will be ranked World No. 10 when the new rankings are released on Monday. As such, the 19-year-old will be the second teenager in the Top-10, with the other member being World No. 1 Carlos Alcaraz.

This is the first time since May 2007 that two teenagers have simultaneously been in the ATP top 10. Interestingly, Rune’s legendary opponent from Sunday — Novak Djokovic — was one of the two teenagers in the Top-10 during that month, with the other being Andy Murray.

The Danish teenager was ranked No. 18 before the Paris Masters, climbing to the spot after finishing runner-up at the Swiss Indoors Open. Winning the title in Paris has now taken Rune to the 10th spot.

Rune began the year ranked outside the Top-100 (No. 103). He has won 39 of his 63 matches this year, claiming almost 3,000 ranking points in that process, to now find himself in the Top-10. In addition to his magnificent Paris Masters win, Rune also pocketed the title in Stockholm a couple of weeks ago, beating Stefanos Tsitsipas in the final.

Novak Djokovic was not the only big-name scalp in Holger Rune’s books at Paris-Bercy. The 19-year-old also accounted for three-time Slam champion Stan Wawrinka, World No. 9 Andrey Rublev, World No. 10 Hubert Hurkacz, World No. 1 Carlos Alcaraz (who retired midway through their match), and Felix Auger-Aliassime, who was on a 16-match winning streak.

Rune thus became the first player on record to beat five Top-10 players in a single tour event. He also managed all the victories within five days, making it an even more mind-boggling feat. Interestingly, the Dane faced three match points in his first match in Paris-Bercy. But he held his nerve to oust Stan Wawrinka 4-6, 7-5, 7-6(3) in a nail-biting three-setter.