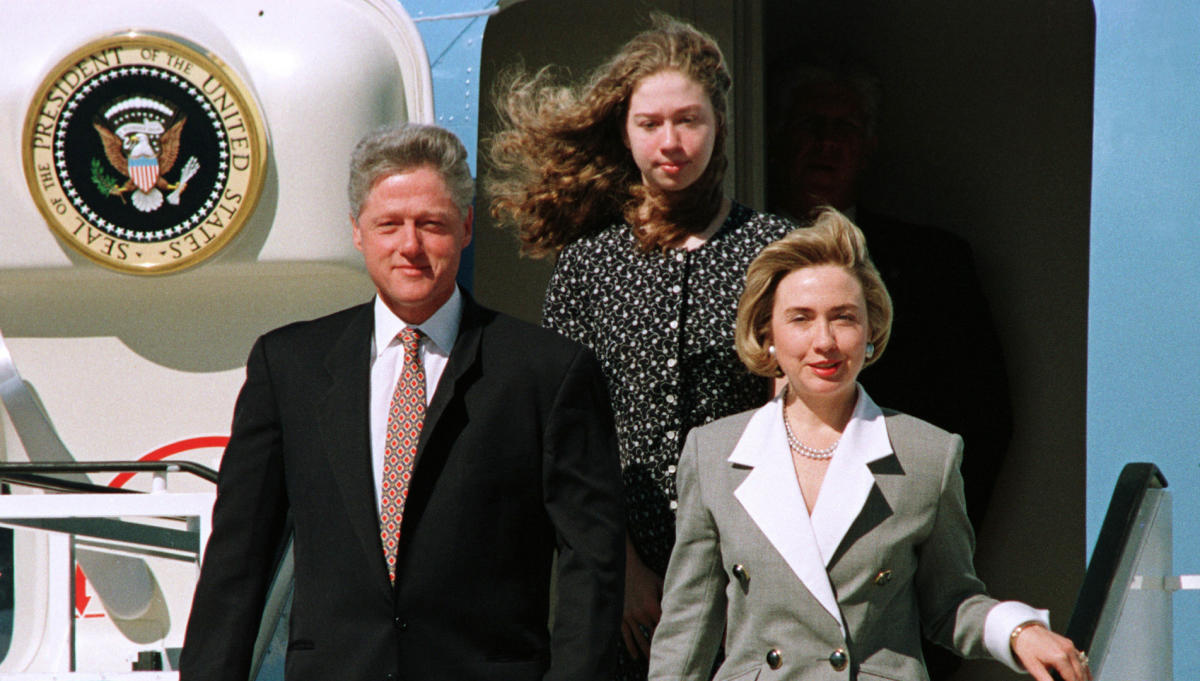 Hillary and Chelsea Clinton joined The Tonight Show Starring Jimmy Fallon on Tuesday to promote their new Apple TV+ show, Gutsy, and the two had the guts to take on the mother-daughter challenge. While Chelsea wore noise-canceling headphones, Fallon asked Hillary if they have any crazy vacation stories. For the Clintons, that meant a presidential trip to Russia, but amid all the pageantry, something sneaky the president and first lady’s minds.

“We had a lot of, kind of crazy times. I’ll tell you, I hope she doesn’t remember this because it was pretty traumatic. We took her to Russia — Russia — when we went on a state visit when Bill was president,” Hillary said. “You know, there’s the formal goodbye, so Bill and I were ushered into the beast, the big limousine, to head to the airport, not knowing that we had left her behind her.”

Fortunately for the Clintons, the United States government had better relations with Russia at the time than it does now.

“I mean, can you imagine leaving my only child in the Kremlin,” Hillary said, “especially with everything that has happened?”

But unfortunately for Hillary, Chelsea it hurts remember

Asked the same question, not knowing her mother’s answer, Chelsea said, “I feel like there’s a lot of shock over there.” “No shock,” Fallon replied, “it’s fun.” “No shock. It’s fun,” Chelsea said, before contemplating for a moment. Then it came to her, “When they left me in the Kremlin.”