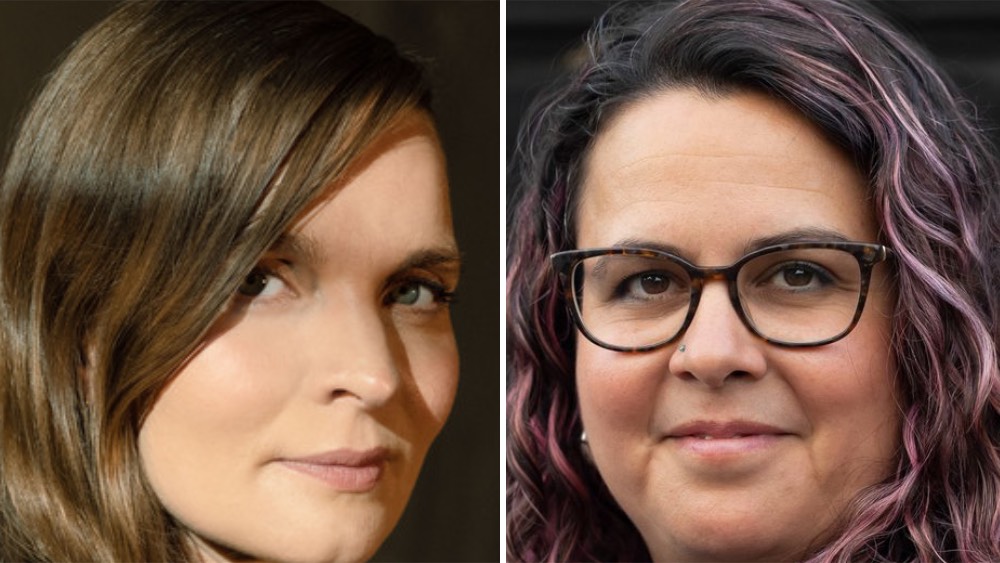 The Toronto Film Festival has named Oscar-winning Icelandic composer Hildur Guðnadóttir (women talking) and award-winning Welsh Egyptian filmmaker Sally El Hosaini (The Swimmers) as honorees of the 2022 TIFF Tribute Awards, which return to an in-person gala fundraiser for its fourth edition at the Fairmont Royal York Hotel on September 11th. The former will receive the TIFF Artisan Award, with the latter claiming the TIFF Emerging Talent Award.

The TIFF Artisan Award recognizes a distinguished creative who has excelled at their craft and made an outstanding contribution to cinema and entertainment. Previous recipients include Ari Wegner in 2021; Terence Blanchard in 2020; and Roger Deakins in 2019. The TIFF Emerging Talent Award, most recently bestowed on Danis Goulet, Tracey Deer and Mati Diop, is presented in the spirit of Torontonian Mary Pickford, the groundbreaking actor, producer and co-founder of United Artists, whose impact continue to be felt today.

Guðnadóttir won her first Oscar in 2020 for her work on Todd Phillips’ joker, becoming just the third woman in history to nab the Academy’s composer prize. She most recently penned the scores for a pair of buzzy awards prospects set to bow on this year’s festival circuit: Todd Field’s Cate Blanchett starrer TAR for Focus Features, which makes its world premiere in Venice, and Sarah Polley’s women talking for MGM’s Orion Pictures and United Artists Releasing, which will be unveiled in Toronto on September 13.

Set in the international world of classical music, the first film is an examination of Lydia Tár (Blanchett), the first-ever female chief conductor of a major German orchestra, who is widely considered one of the greatest living composer-conductors. The latter, starring Rooney Mara, Claire Foy, Jessie Buckley, Judith Ivey, Ben Whishaw and Frances McDormand, adapts Miriam Toews’ acclaimed novel set in 2010 rural America, where the women of an isolated religious community grapple with reconciling their reality with their faith .

Directed by El Hosaini, from her script written with Jack Thorne, The Swimmers follows two sisters who have left their home in war-torn Syria for a new life in Europe and the chance to compete in the 2016 Summer Olympics. Based on the true life story of Syrian refugees and competitive swimmers Yusra and Sara Mardini, the film was produced by Working Title and Netflix, with Stephen Daldry (Billy Elliot) as an executive producer, and will have its world premiere as TIFF’s Opening Night Gala Presentation on September 8, before going on to a release in theaters and on Netflix this fall. Past projects on the part of El Hosaini include the Sundance-premiering feature My Brother the Devil and the series Babylon for Channel 4 and Sundance TV.

“Both Hildur Guðnadóttir and Sally El Hosaini are singular artists who continue to expand the horizons of their disciplines,” said TIFF CEO Bailey. “We’re proud to present TIFF Tribute Awards to Guðnadóttir for her remarkable score for Sarah Polley’s women talkingand El Hosaini for directing one of the most urgent, moving films of the year in The Swimmers.”

The TIFF Tribute Awards, honoring the film industry’s outstanding contributors and their achievements, have often served as an awards-season bellwether, with such past honorees as Deakins, Jessica Chastain, Sir Anthony Hopkins, Joaquin Phoenix, Taika Waititi and Chloé Zhao going on to win awards on the international stage. The event serves as TIFF’s largest annual fundraiser to support its Every Story fund, which promotes diversity, equity, inclusion and belonging in film and TIFF’s core mission to transform the way people see the world through film. This year’s Toronto Film Festival will run from September 8-18.