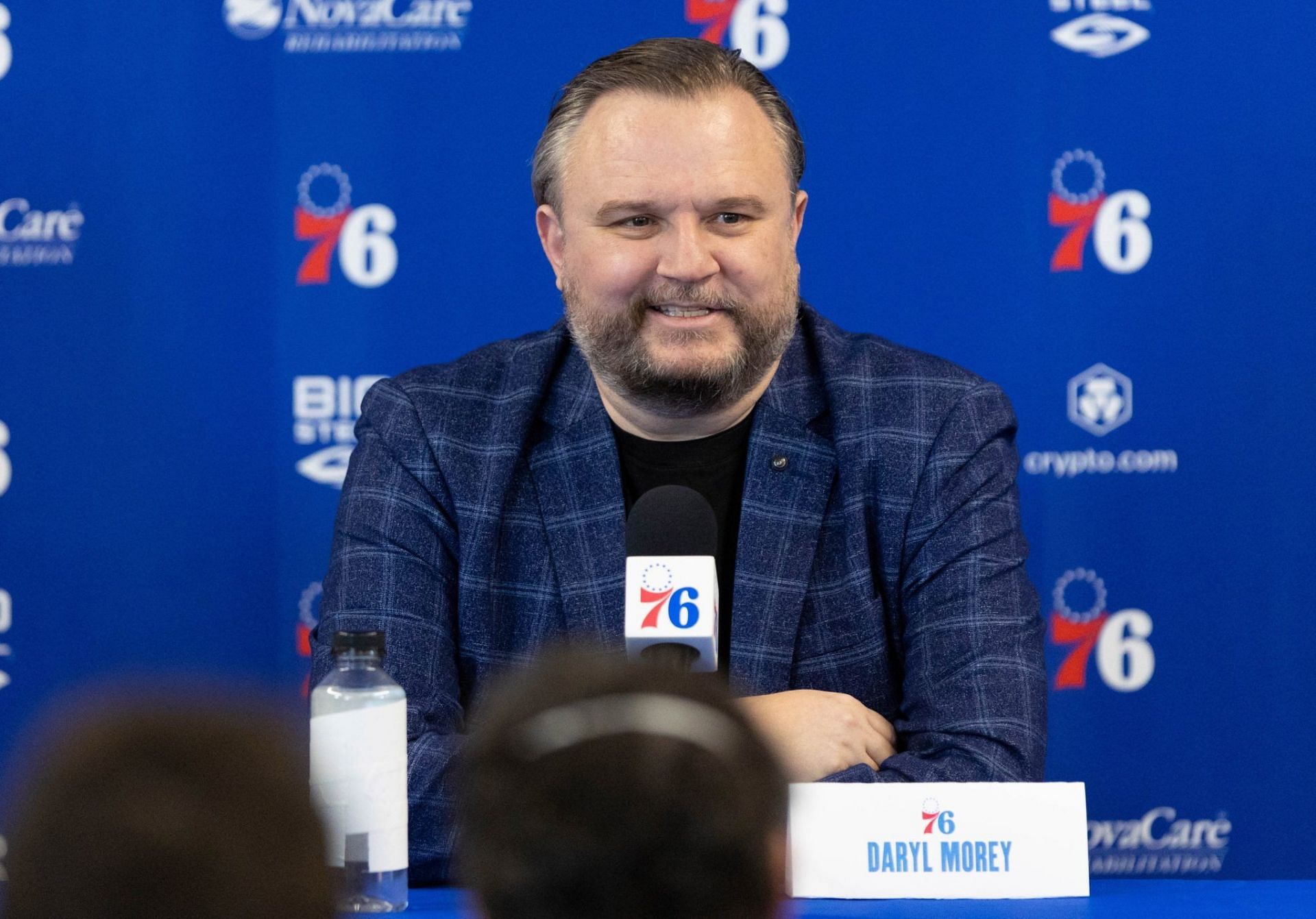 High-ranking members of the Philadelphia 76ers have interest in landing Brooklyn Nets forward Kevin Durant, according to a report from NBA insider Ian Bagley,

“Something worth noting: As of earlier this week, there were high-ranking members of the Sixers who’ve felt strongly about engaging with Brooklyn on a Durant trade,” Bagley wrote. “It is unknown if Brooklyn and Philadelphia have made any recent progress on a trade.”

So, Philadelphia has apparently joined the parade of teams reportedly lining up to acquire Durant, who has requested a trade. With four years remaining on KD’s contract, Brooklyn has remained patient with its aggressive asking price for the superstar.

As the days inch closer to the 2022-23 season, everyone is watching the situation between Kevin Durant and the Brooklyn Nets closely.

Durant has remained firm on his stance of wanting to trade. According to reports, Durant gave Brooklyn an ultimatum, telling the team to either trade him or fire general manager Sean Marks and coach Steve Nash.

A few notes on the Nets, Celtics, Kevin Durant, Marcus Smart and the Sixers’ interest in Durant here: on.sny.tv/I48lGWh

Time will tell whether Durant will be traded.

Although KD has dealt with numerous injuries in the past three seasons, he’s still one of the game’s most dangerous two-way stars. Last season, Durant averaged 29.9 points, 7.4 rebounds and 6.4 assists per game while shooting 51.8%.

Durant, who will turn 34 in September, has played in just 90 of 226 games in the regular season in his three seasons in Brooklyn. He missed the entirety of his first season, 2019-20, while recovering from an Achilles tendon injury. Hamstring and knee injuries sidelined him in the past two seasons. The Nets nosedived as he recovered from a January knee injury.

The mercurial personality came to Brooklyn to build his own super team, but he’s only produced one playoff series victory. Now, he’s demanding the team to ditch his hand-picked coach, someone he’s vouched for after getting swept by the Boston Celtics in the playoffs last season.

Brooklyn has remained patient in trade negotiations as the Nets realize what type of trade asset they have on their hands. If Durant ends up playing for a new team next season, it’s going to require a hefty haul of compensation to acquire him.