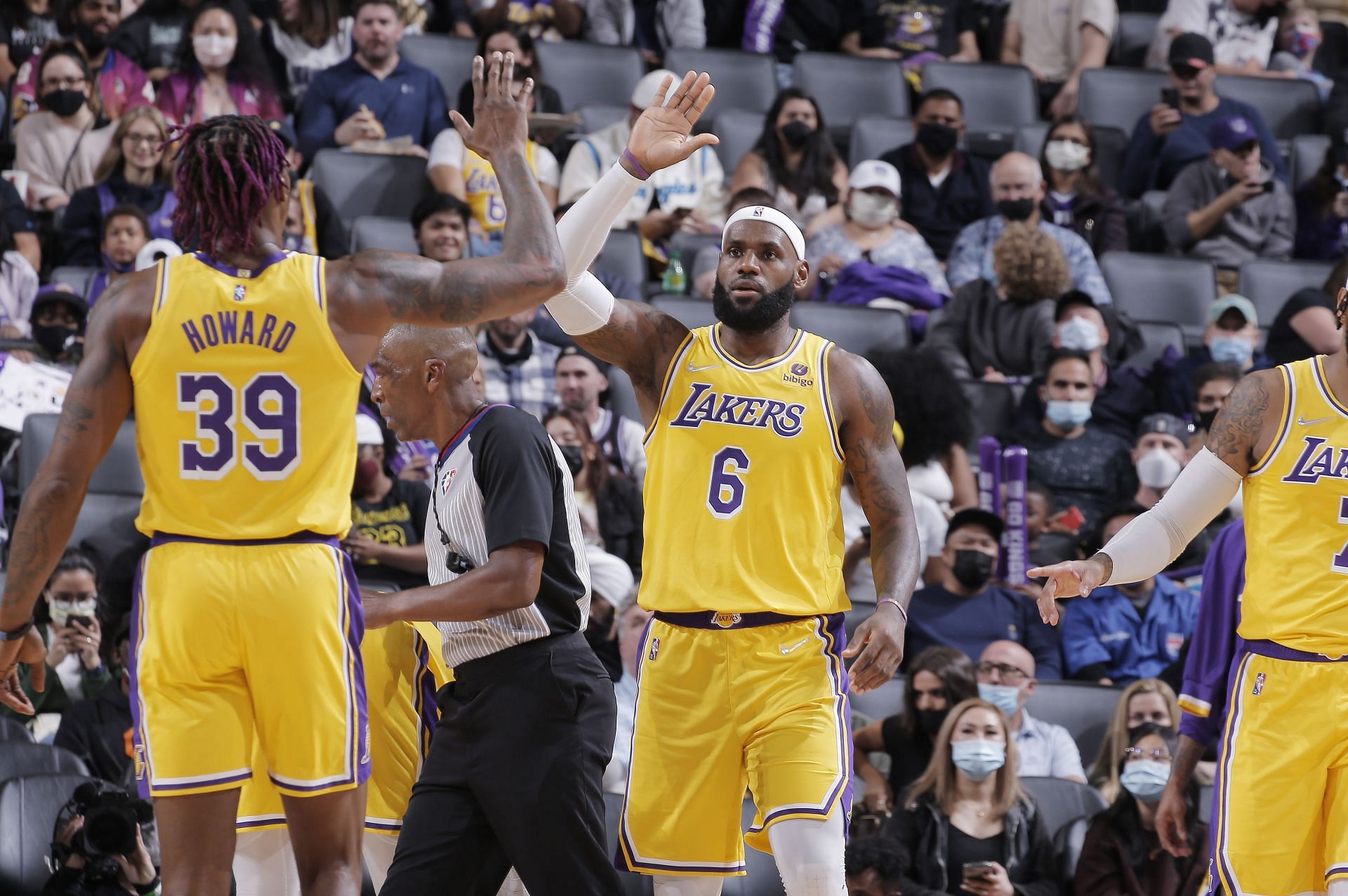 LeBron James and Dwight Howard helped the LA Lakers win the 2020 NBA championship. Both former No. 1 picks played on the same team for the first time in their careers that year.

Howard left the following year to play for the Philadelphia 76ers but came back last season for frontcourt depth on an aging Lakers team. In two years with “King James,” the former Orlando Magic franchise player shared on “The Knuckleheads” podcast what he learned most from the four-time MVP:

“He’s always watching the stat sheets. It’s not like he’s looking to pad stats. He’s looking to figure out with numbers how can he be more effective. ‘How can this player be more effective? I gotta get this guy shots here. I gotta do this for this guy.’ He’s just really keeping account of what’s going on. It’s like how he does his business. He do it the same way.”

The three-time NBA Defensive Player of the Year winner continued:

Howard provided a new perspective in a video involving James and Russell Westbrook that went viral this year.

In to Jan. 10 game when the Lakers hosted the emerging Memphis Grizzlies, Westbrook was horrible. He finished with six points, seven rebounds and six assists. The former MVP shot 2-for-12 in what was a recurring theme throughout the rest of the year. James, at one point, asked for the stat sheet with “Brodie” peering over almost with a worried look on his face.

“King James” was blasted on social media for trying to look at stats in a lopsided game. The Westbrick memes on Twitter went to overload after that game as well.

He really is out here playing chess

Based on Howard’s description, James may still be endlessly looking for ways to get the entire team better despite the obvious outcome.

After Russell Westbrook opted into his $47.1 million contract, the LA Lakers’ Big Three will be reunited. LA’s supporting cast, meanwhile, remains fluid, which may not include Dwight Howard, who is an unrestricted free agent.

Howard played 60 games this season but averaged a career-low in minutes with 16.2 per game. Former coach Frank Vogel pushed James to the starting center role on occasions even when “Superman” was healthy. New coach Darvin Ham may not bring Howard in at this time.

Although the rest of the roster is a work in progress, the Lakers will have the superstar trio of James, Westbrook and Anthony Davis as the core.

It’s an open secret that LA has been looking for ways to ship Westbrook via trade but hasn’t been able to find a willing partner. They only played 22 games together last season, going to disappointing 11-11.

For the Lakers to bounce back from their epic failure, several things have to go right. Davis has to stay healthy while James needs to maintain his performance. Westbrook simply has to keep his turnovers down, play defense and provide a scoring boost when needed.