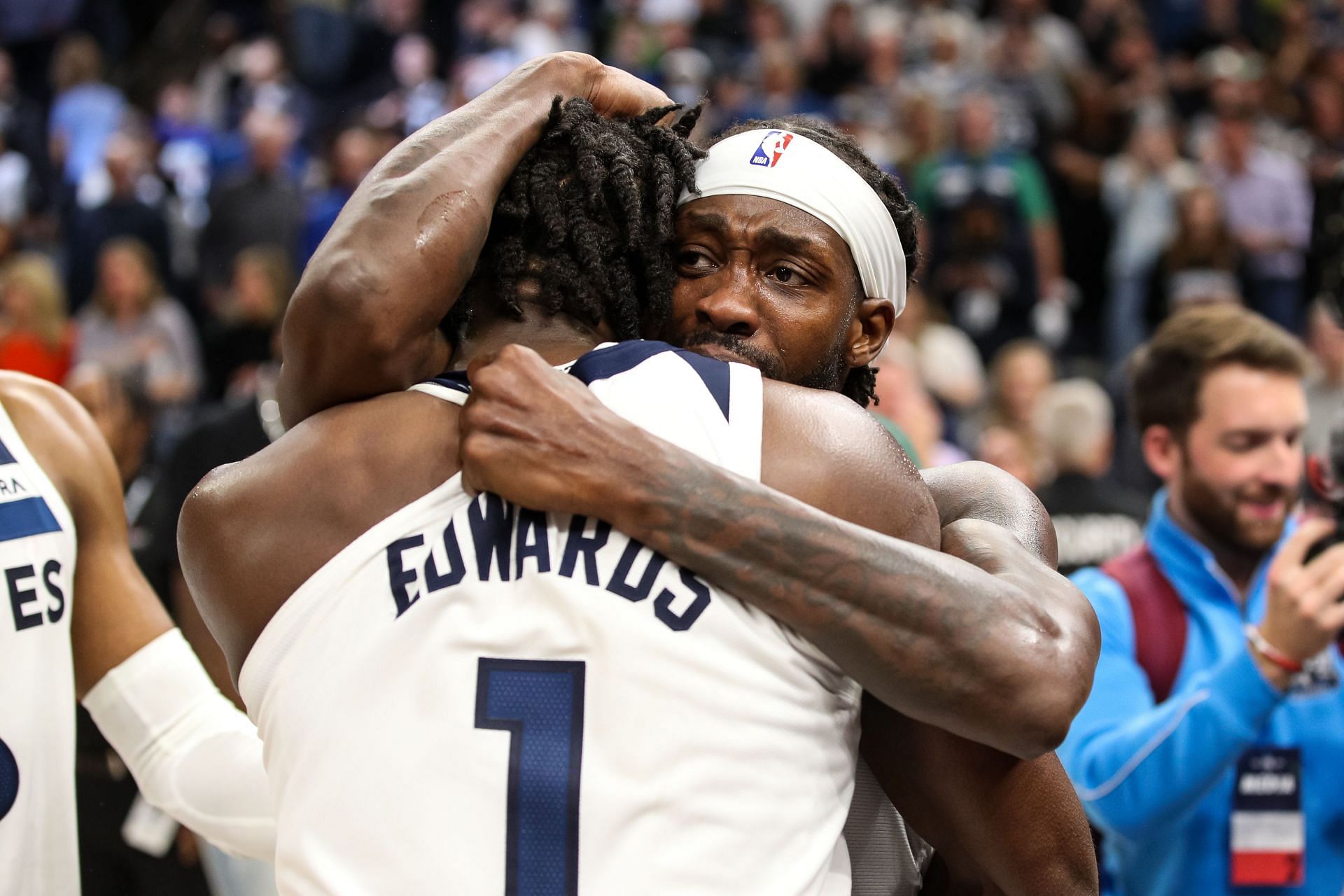 Patrick Beverley immediately lived up to his NBA reputation for ruffling feathers with his comments about LeBron James and Anthony Davis. Beverley insisted that AD and “King James” are playing with him instead of the other way around because his team went to the playoffs last season.

If “Pat Bev” wanted to take a hilarious dig at his new teammates, it didn’t turn out to be the way he expected it to be. One of those who thought the new Laker had gone overboard was Rich Eisen.

“He was the b**t of the joke of the ‘Inside the NBA,’ watching him cry making the play-in game, to make the playoffs. I know Pat Beverley has a chip on his shoulder, and I know so many athletes be a certain way and talk a certain way to be as good as they can be. But, at some point, a little bit of self-reflection is helpful and goes a long way!”

Eisen emphatically reminded a Beverley that there is most pecking order with the NBA’s covered franchise:

“When it all comes down to it, there’s LeBron and Anthony Davis and the rest of the Los Angeles Lakers. Russ (Westbrook) is the one that would have to adjust the most to that dynamic, and Patrick Beverley’s raising his hand and saying, ‘I’m just as good as these guys.’

“I understand that you got some game. You have to be in order to be an NBA player and you gotta have that dog in you and all that, but come on!”

There’s always an intense edge to Beverley that may never change. “Pat Bev” is certainly not changing his nature even if he’s now playing for arguably the NBA’s most storied franchise. He’s the newest Laker, and yet he is already poking and challenging the status quo of the team.

From the opening moments of his press conference, Patrick Beverley’s intense presence was felt.

On Beverley’s comfort with the uncomfortable, the importance of Russell Westbrook’s attendance, Darvin Ham’s vision for the backcourt, and LA needing an edge: theathletic.com/3571632/2022/0…

From the opening moments of his press conference, Patrick Beverley’s intense presence was felt.On Beverley’s comfort with the uncomfortable, the importance of Russell Westbrook’s attendance, Darvin Ham’s vision for the backcourt, and LA needing an edge: theathletic.com/3571632/2022 /0…

Russell Westbrook said at the start of last season that he had to make significant changes to his game. It looks like Beverley isn’t doing the same thing and will be expecting even James and Davis to follow him.

Right off the bat, Patrick Beverley made sure everyone knew any beef between him and Russell Westbrook was a thing of the past. The two acted like they were the best of friends instead of the heated rivals that they were for close to a decade.

In Beverley’s first news conference as a member of the LA Lakers, he answered questions about playing with Westbrook:

“A player with that competitive spirit, that fire, that will, that dog, that nastiness, that grit, to have a running mate like that, I’ve never had that, so I’m super excited. I’m super excited to see where it goes. Obviously, like any relationship, any marriage, we’ll have tough conversations, which also come with winning.”

Heading into last season, LeBron James also expressed his excitement to play with Westbrook. A season later, “King James” reportedly pushed the front office to get better by moving Westbrook.

How long “Pat Bev” stays super excited to play with Westbrook could have a huge impact on the Lakers’ season.