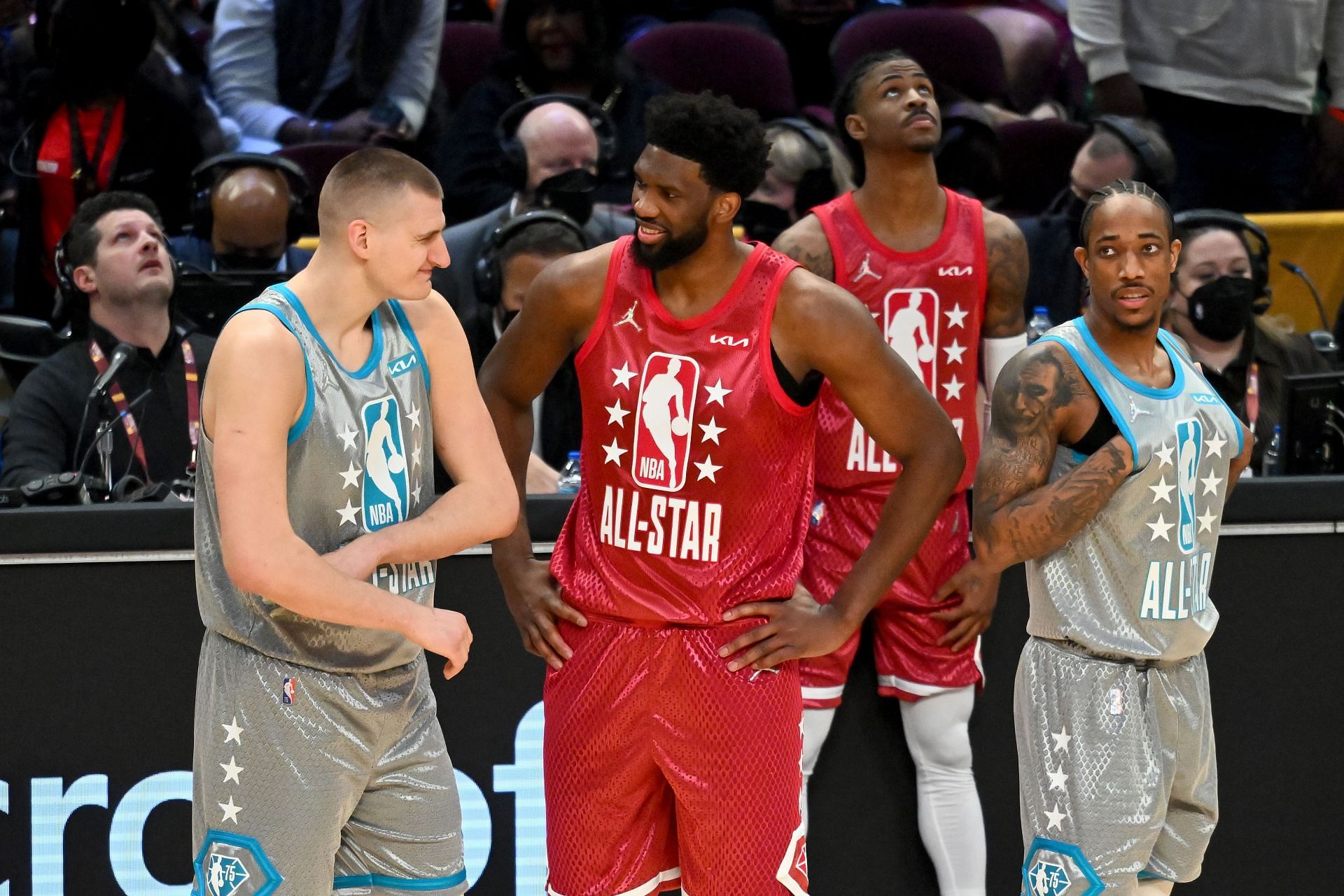 Joel Embiid and Nikola Jokic are among the best players in the league. It appears that the era of big men is back as the two of them have shown the world how amazing they can be.

Embiid is considered one of the best two-way players in the NBA, while Jokic has won two MVP awards in only seven seasons in the league. The two had a close race for the MVP award last season, but the Denver Nuggets big man ended up winning it.

Jason Williams, who spent 12 years in the NBA, recently compared the big men on “The Jason Williams Show.” Here’s what he said about the two-time MVP:

“I don’t know him, he just don’t look like he has that dawg like you know Joel Embiid has it, right?” Williams said. “I’m sure Jokic has it too, but when push comes to shove, is he really about that life or is he not?”

“I think he is, but I don’t know about Jokic, and I just think I mean Embiid has got more, but he just brings more.”

It’s clear that the former NBA champion does not believe in Jokic, despite him winning the most prestigious individual award twice.

Joel Embiid is better than Nikola Jokic, according to Williams

Nikola Jokic is one of the best all-around players in the entire league. He’s a triple-double machine who is a great scorer and rebounder, and he’s very creative in keeping his teammates involved.

Despite the Nuggets missing a few of their key players, Jokic made them one of the most dangerous teams in the west. Unfortunately, they couldn’t reach the NBA Finals.

Joel Embiid, on the other hand, is not as amazing a playmaker as Jokic, but his defense is incredible. The 7-footer is a defensive anchor for the Philadelphia 76ers and his impact ele is huge on both ends of the floor.

However, Embiid hasn’t achieved much success either. He’s had multiple All-Star and All-NBA selections and was also the league’s top scorer last season, but he’s never led his team past the second round.

Despite the two superstars being almost equal, Jason Williams believes that Joel Embiid is a better player.

Can Embiid win it all?

When it comes to individual accolades, Nikola Jokic has achieved more than Joel Embiid. After all, winning two MVP awards is not an easy task. However, Embiid could become an even better player next season.

The Philadelphia 76ers have added several new players during the offseason, including PJ Tucker. They convinced James Harden to take a pay cut so they can improve their roster, which could earn them a championship next season.

On the other player had more than 250.

The East still has many great teams, including the Boston Celtics and Milwaukee Bucks. However, Joel Embiid and James Harden are two amazing players who could make big things happen in Philly.

Jokic, on the other hand, will have another shot at the title with his Nuggets. The Nuggets have dealt with a lot of injury problems lately, but if they can stay healthy, they could have a deep playoff run.