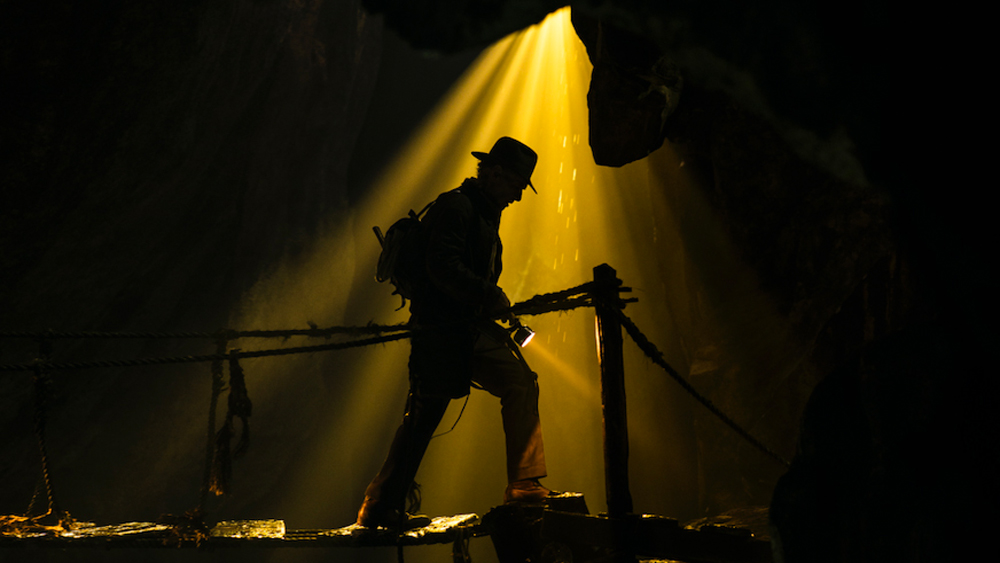 Ford appeared very emotional, saying, “I’m very proud to say that this one is fantastic, and this is one of the reasons,” before pointing to Waller-Bridge. “Indiana Jones movies are about mystery and adventure, but they’re also about heart, and I’m really, really happy that we have a really human story to tell, as well as a movie that will kick your ass.”

Ford later indicated that this will be his last film in the franchise. “This is it,” the octogenarian said. “I will not fall down for you again.”

Waller-Bridge went on to add that she had “the time of [her] life” making the film.

Mangold previously had spoken about his experience working with “a Mount Rushmore of creative greats” on the fifth Indiana Jones pic. “I was surrounded by tremendous talent and support, and such goodwill and advice,” he said, “and found myself living out a kind of fantasy from when I was in high school, wondering what it would be like to direct one of these pictures , and to honor what they mean to you and me.”

The director added that he is scoring the film alongside icon John Williams. While an official title for the film had been planned, the title card in the trailer simply read Indiana Jones. The new feature will have Ford reprise the titular role as everyone’s favorite whip-cracking archaeologist, with Waller-Bridge also starring along with Mads Mikkelsen, Boyd Holbrook and Shaunette Renée Wilson. And the best news yet: John Rhys Davies is returning as Sallah!

Jez Butterworth, John-Henry Butterworth and Mangold co-wrote the script. Kennedy, Steven Spielberg, Frank Marshall and Simon Emanuel are the producers. Williams returns as composers after working on every score in the 41-year-old franchise, as well as its iconic theme.

Through four movies, the Indiana Jones franchise has racked up close to $2 billion worldwide.