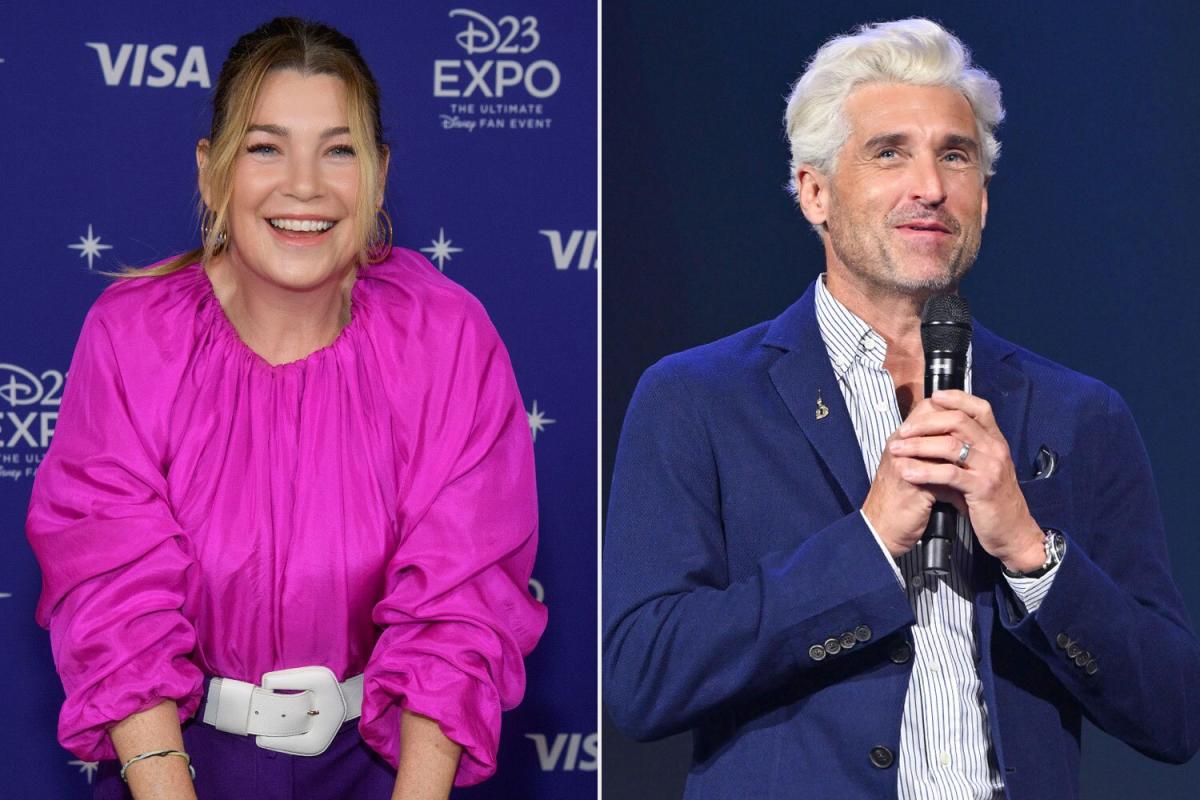 Patrick Dempsey’s blonde hair wasn’t even the most exciting part of the D23 Expo for Grey’s Anatomy fans this weekend.

As Dempsey walked the event’s red carpet in Anaheim Friday, he reunited with former costar Ellen Pompeo, and even jacked the microphone from Yahoo’s Kevin Plowly to ask his friend some questions.

While Dempsey might’ve been cosplaying as a journalist, he was mostly there to be recognized as a Legend at the Ultimate Disney Fan Event, an honor that Pompeo was also receiving. The pair were recognized for their roles in the iconic series, and Dempsey was as well for the 2007 film Enchanted and upcoming sequel disenchanted.

RELATED: ‘Grey’s Anatomy’ Welcomes Back Kate Walsh in Recurring Role for Season 19: ‘You Asked, We Listened!’

Dempsey responded with “Justin Chambers,” and the banter continued for a few moments. Pompeo also told Extra TV that she’s down to appear onscreen Dempsey sometime in the future and that they may have even texted about it at one point.

“We’ve done some of our greatest work together,” Pompeo shared. “Both of us are very proud of the work we did. We had a great time doing it, and we created something really iconic.”

As for Dempsey, he confirmed he has a “couple ideas” for reuniting with Pompeo on screen and for the material they could work on.

“I’ll tell her first and then we’ll see if we can realize it,” Dempsey said. “It’s always been a really special relationship Ellen and I have had together in front of the screen and behind it as well. I remember the first time I met her, she had a Boston accent, and I’m from Maine originally, so it was very endearing and had that connection right away.”

Dempsey elaborated, adding that he thinks much of the show’s success was a result of their chemistry. “People want to believe in love and all of that,” he said. “People around the world, too, were wishing we were actually together. But she she’s got Christopher [Ivery] and I have Jillian [Fink]and they’re incredible people, so fortunately they have that with us.”

Time will tell if the two will see their names together on a script again, but for now, Season 19 of Grey’s Anatomy kicks off on Oct. 6. Pompeo will only be appearing in eight episodes throughout the season, telling Deadline that the show is “going to be just fine without me.” New faces in Adelaide Kane, Alexis Floyd, Niko Terho, Midori Francis and Harry Shum Jr. will be joining the cast. And it should get fans of the early seasons excited.

“We have a few scenes that I think are going to [call back to] some of the original episodes,” Francis told PEOPLE. “Anyone who’s feeling nostalgic, I think they’re going to feel it get played in. Everything that everyone has ever loved about Grey’s will still be there.”