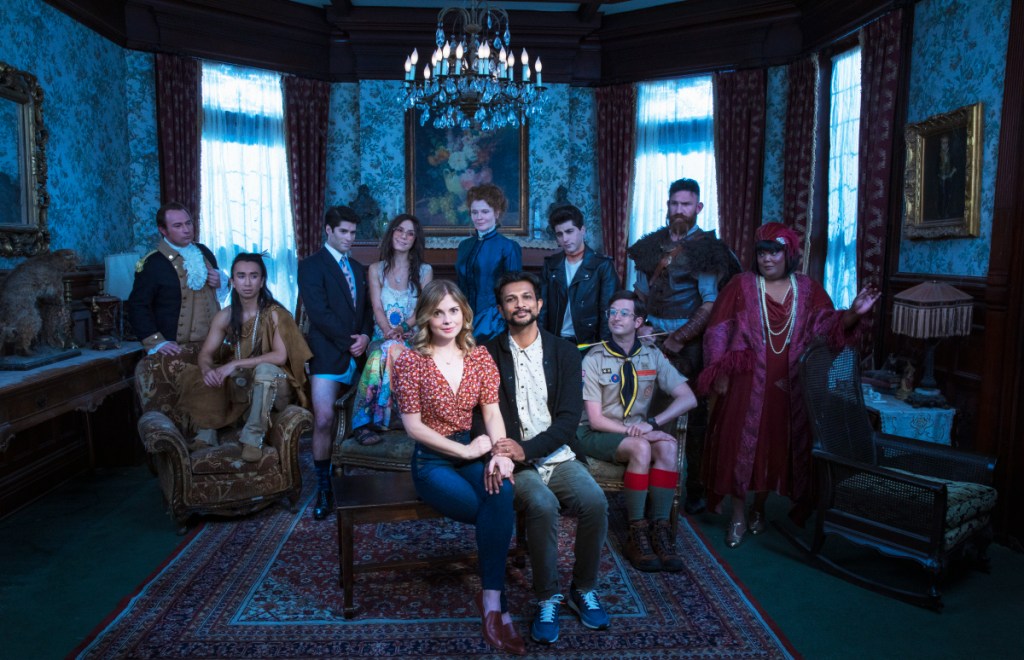 The CBS/Paramount+ breakout comedy is bringing its full cast to the confab, including “livings” Rose McIver and Utkarsh Ambudkar, as well as “ghosts” Brandon Scott Jones, Richie Moriarty, Danielle Pinnock, Asher Grodman, Román Zaragoza, Sheila Carrasco, Rebecca Wisocky and Devan Chandler Long. Executive producers Joe Port and Joe Wiseman will join them for a panel discussion on Thursday, July 21 from 1-2 PM in Ballroom 20 at the San Diego Convention Center. Series guest star Matt Walsh will moderate the panel, which will include some never-before-seen footage.

Ghosts’ appearance at Comic Con will include a marketing activation and a Web3 Metaverse experience.

CBS’ “Summer of Ghosts” marketing campaign will feature Pinecone Trooper Pete’s “Friend Zone,” an activation with a campsite feel in honor of scout leader ghost Pete, whose unfortunate archery accident left him with an arrow through his neck for eternity. The activation will be set up at the Interactive Zone at Petco Park on ‘the lawn’ of The Woodstone Mansion from July 21-24, and will feature a “scare-free” archery activation. Fans can connect with Ghosts and ‘the other side’ through psychic mediums and programming that’ll give attendees insight into their past, present, and future lives, organizers say.

season two of ghosts will premiere Thursday, Sept. 29 in its new time slot at 8:30 PM on CBS. The entire first season is available to stream on demand on Paramount+.

Based on the BBC series, ghosts is produced by CBS Studios in association with Lionsgate Television and BBC Studios Los Angeles Productions. McIver and Utkarsh Ambudkar star as Samantha and Jay, a young couple who move into a very old house inhabited by lively spirits.

CBS parent company Paramount is bringing a plethora of other shows to Comic Con including its Star Trek franchise, the recently renewed evil and more.