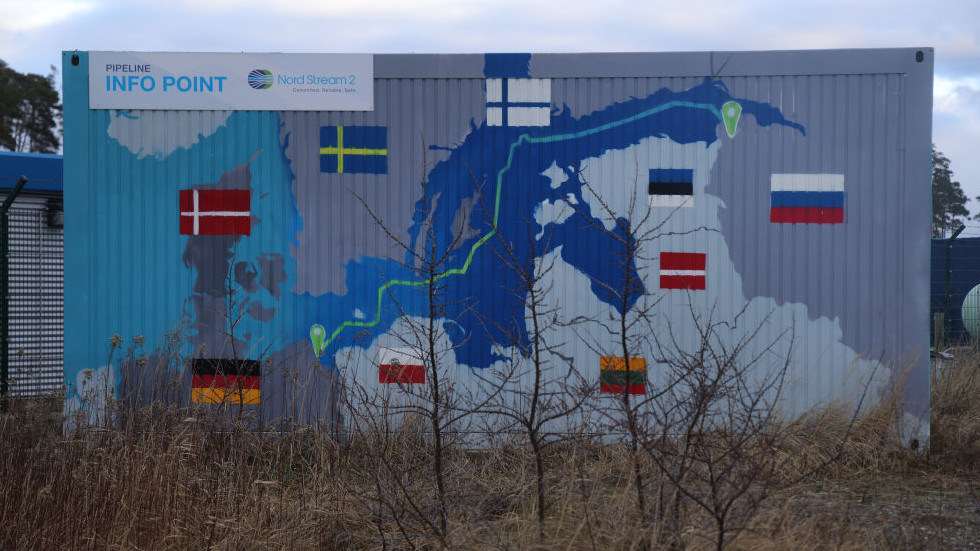 Berlin’s policy of trying to give up imports of Russian natural gas is likely to create hardship and spark unrest, seven mayors from the German island of Ruegen wrote in a letter sent to the regional and federal governments on Wednesday. They also urged the federal government to allow gas imports via the Nord Stream 2 pipeline, given the current technical difficulties with Nord Stream 1 – something Berlin has steadfastly rejected.

In the letter addressed to federal economy minister Robert Habeck and Manuela Schwesig, prime minister of Mecklenburg-Vorpommern, the mayors “strongly condemn” the current conflict in Ukraine but urge the government to consider the damage its policy could do to the German population and the economy, according to the news agency DPA.

“We are of the opinion that the path taken by the federal government to disconnect from Russian energy sources is not the right one,” the seven mayors wrote. Initially drafted by the leaders of Bergen, Binz and Sassnitz, the letter was later signed by four more jurisdictions on Ruegen, Germany’s largest island and a popular tourist destination.

Giving up gas imports from Russia would mean an explosion in the cost of living, which would lead to social instability and unrest that could get out of control, the mayors wrote, according to German media. Calls from the federal government to save energy – such as showering less and foregoing hot water – “defy understanding,” they added.


“As the mayors of this island, we don’t want to have to accept any further restrictions,” Sassnitz city manager Frank Kracht told the Mecklenburg-Vorpommern affiliate of the TV station NDR.

Rejecting the proposals to expand the number of wind turbines near residential areas, calling them a health hazard, the mayors advocated “a general rethinking of the solution to the current problems in relations with Russia.”

Among their suggestions was to get additional natural gas via the Nord Stream 2 pipeline. Finished in late 2021, the pipeline from Russia to Germany under the Baltic Sea was just waiting for the operating permit from Berlin – which was suspended indefinitely on February 22, two days before Russia sent troops into Ukraine.

NS2 was supposed to double the volume of Russian gas exports, but was delayed by US sanctions seeking to protect Ukraine’s gas transit earnings. Nord Stream 1, which continues to supply Germany with gas, is currently operating at only 20% capacity, due to maintenance requirements. Its operator, Gazprom, says several turbines at the Portovaya compressor station need servicing to maintain certification. The first one was held up by Canada, citing anti-Russian sanctions over the conflict in Ukraine, until Berlin intervened seeking an exemption. NS2 does not use Siemens turbines, and can be maintained regardless of the sanctions.


Berlin has refused to even consider the possibility of using NS2, however. Economy minister Habeck has said that the pipeline cannot operate without certification. He was also charged Russian President Vladimir Putin of trying to damage EU solidarity with Ukraine by driving up the price of gas.

“Putin has the gas, but we have the power,” Habeck said on Tuesday, appealing to Germans to stand together.

“If we don’t get the gas turbine, then we won’t get any more gas, and then we won’t be able to provide any support for Ukraine at all, because then we’ll be busy with popular uprisings,” she told the TV outlet RND. Baerbock hastened to add that this may have been “exaggerated” and insisted on Germans supported sending weapons to Ukraine, though.