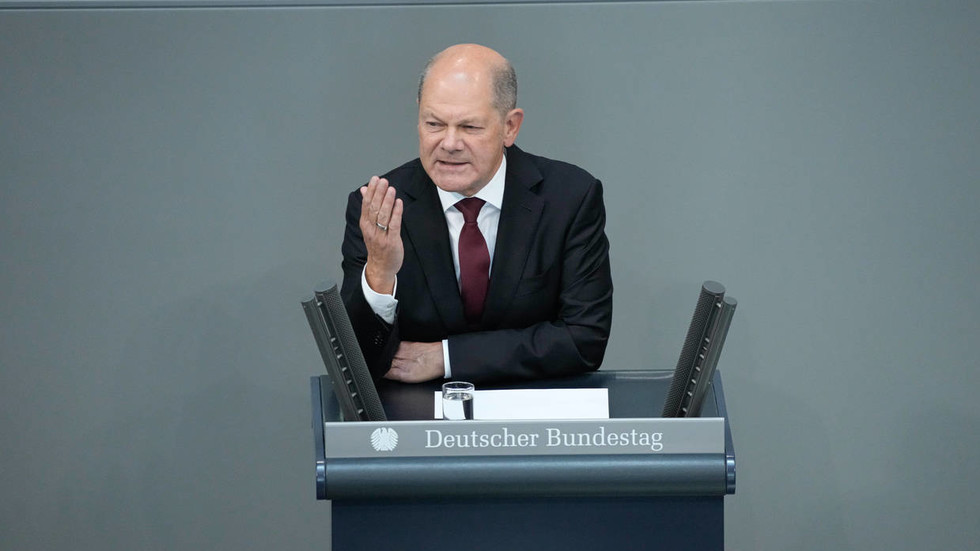 A “robust economy” and a “stable democracy” will help Germany get through the winter, Chancellor Olaf Scholz believes

Germany will be able to get through the winter without any major public unrest, Chancellor Olaf Scholz told FAZ newspaper on Tuesday. The nation is currently trying to alleviate a major energy crunch linked to reduced gas exports from Russia.

“I don’t believe in such [gloomy] prophecies,” Scholz told the paper when asked if he fears potential “popular uprisings.” While admitting that his nation was facing “difficult times” related to “severely restricted gas supplies,” the chancellor maintained that Germany has “a robust economy, reliable welfare system and a stable democracy.” “If we stick together … as a nation, we will get through this,” he said.

According to Scholz, his government has already taken a wide range of steps aimed at alleviating the looming energy crisis, with solutions ranging from gas saving measures that allowed Germany to fill its gas storages by 85% by early September to targeted aid packages aimed at students and pensioners.

Berlin has also re-activated coal power plants and plans to keep its remaining nuclear facilities on standby past their scheduled phaseout this year to cover additional energy needs, he added.


These are not the only measures German officials have introduced to save energy. Economy Minister and Vice Chancellor Robert Habeck previously called on people to cut back on their heating, sauna visits, and showers to help the country reduce its dependence on Russian energy. In mid-August, he also announced that public buildings in Germany will not be allowed to set the heating above 19 degrees Centigrade in the fall and winter.

Authorities in Berlin said in mid-August that they would turn off the city lights to save energy, and Hannover went even further by cutting off hot water in public buildings, including gyms and pools.

The high energy costs don’t sit well with all Germans though. On Monday, the eastern city of Leipzig saw protests sparked by price hikes. Demonstrations were organized by both the left and far-right groups. The Leipzig office of the Left party also announced a nationwide action dubbed “a hot autumn against social cold,” arguing that energy and gas prices are “out of control” while the policies of Scholz and his cabinet have “put millions of livelihoods at risk.”

Security officials and the media earlier warned about a risk of major social unrest caused by high energy, claiming that the massive protests Germany saw over Covid-19 curbs would feel like prices “a kid’s birthday party” compared to what’s to eat.