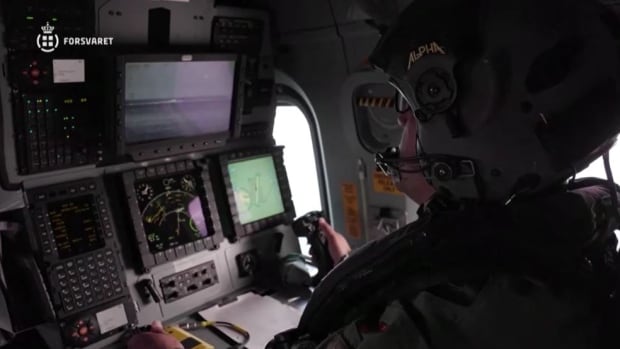 The explosions that rocked natural gas pipelines under the Baltic Sea ahead of huge methane leaks “probably corresponded to an explosive load of several hundred kilos,” Denmark and Sweden wrote Friday in a letter to the United Nations.

Norwegian researchers published a map Friday projecting a huge plume of methane released by the damaged Nord Stream 1 and 2 pipelines will travel over large swaths of the Nordic region.

“We assume the wind on the leak area blew the methane emissions north until the Finnish archipelago, then bends toward Sweden and Norway,” Stephen Platt, a professor with the Norwegian Institute for Air Research, said.

The independent institution is part of the Integrated Carbon Observation System, a European research alliance, which said in a report released Friday that the methane emissions were confirmed by ICOS ground-based observations from several stations in Sweden, Norway, and Finland.

“Due to the damage to the Nord Stream gas lines in the Baltic Sea, an enormous amount of methane gas has been released into the atmosphere. The leak is estimated to equal the size of a whole year’s methane emissions for a city the size of Paris or a country like Denmark,” the report said.

“At a later stage we might be able to confirm and quantify the amount of gas leaked,” it said.

Moscow has requested an emergency meeting at the UN Security Council to discuss the leaks and called for a thorough international probe to assess the damage to the pipelines, which carry natural gas from Russia to Europe. Russia says “it looks like a terror attack, probably conducted on a state level.”

Methane is a primary component of natural gas. The ICOS report said methane is one of the strongest greenhouse gases. “In a period of 100 years, it warms the atmosphere about 30 times more than carbon dioxide,” it said.

The Danish and Swedish governments have described the ruptures as the result of “deliberate actions.”

Nordic seismologists recorded explosions preceding the leaks. The first explosion was recorded early Monday southeast of the Danish island of Bornholm. A second, stronger blast northeast of the island that night was equivalent to a magnitude-2.3 earthquake.

Putin blames leaks on the West

Russian President Vladimir Putin has accused the West of sabotaging the Russia-built gas pipelines under the Baltic Sea to Germany.

Speaking Friday in Moscow at a ceremony to annex four regions of Ukraine into Russia, Putin said the “Anglo-Saxons” in the West have turned from sanctions to “terror attacks,” sabotaging the Nord Stream 1 and 2 pipelines in what he described as an attempt to “destroy the European energy infrastructure.”

He added that “those who profit from it have done it,” without naming a specific country.

European countries, which have been reeling under soaring energy prices caused by Russia’s invasion of Ukraine, have noted that it is Russia, not Europe, that benefits from chaos in the energy markets and spiking prices for energy.

NATO warned Thursday it would retaliate for any attacks on the critical infrastructure of its 30 member countries and joined other Western officials in citing sabotage as the likely cause of damage to the natural gas pipelines. Denmark is a NATO member and Sweden is in the process of joining the military alliance.