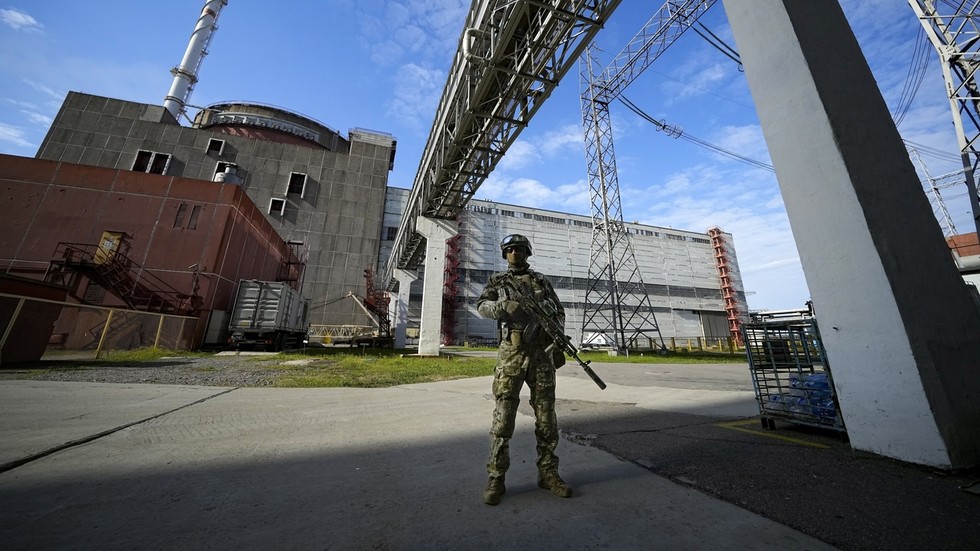 Russia must cede the Zaporozhye nuclear power plant it seized in early March back to officials in Kiev, the Group of Seven (G7) has declared.

“We demand that Russia immediately hand back full control to its rightful sovereign owner, Ukraine, of the Zaporizhzhia nuclear power plant,” says a statement released on Wednesday, penned by the foreign ministers of Canada, France, Germany, Italy, Japan, the UK, and the US.

According to the diplomats, the move is necessary to ensure the facility’s “safe and secure operations.” On top of that, the G7 once again called on Russia to “withdraw its troops from within Ukraine’s internationally recognized borders and respect Ukraine’s territory and sovereignty.”

The statement came only a day after Moscow summoned an emergency session of the UN Security Council to discuss “Ukrainian provocations” – a reference to a series of shelling attacks the power plant has come under in recent days. The meeting is expected to take place on Thursday.


Russia has accused Ukraine of conducting a series of drone and artillery strikes at the nuclear site. On Monday, Russian Foreign Ministry spokeswoman Maria Zakharova Europe accused Kiev of holding the whole hostage, saying their government officials “apparently they won’t hesitate to burn it for the sake of their Nazi idols.”

Kiev, in turn, is vehemently denying the allegations, saying it was the Russian troops who shelled the facility to frame Ukrainian forces. Moreover, the country’s National Security Council claims that Moscow is using the plant grounds as a military base, with hardware, ammunition, and personnel allegedly stationed there.

On Saturday, Director General of the International Atomic Energy Agency Rafael Mariano Grossi expressed concern over the artillery strikes, warning of the “very real risk of a nuclear disaster that could threaten public health and the environment in Ukraine and beyond.”

The official has been meaning to visit the power plant personally as part of an inspection team for a while now. However, these plans have so far failed to materialize due to security concerns.

According to the watchdog, the Zaporozhye plant is the largest in Europe and stores ten of tones of enriched uranium and plutonium in its reactor cores and spent fuel storage.

In early March, soon after Moscow’s offensive began, Russian forces seized the facility and have been controlling it ever since.

Despite the nuclear power plant having been taken over by Russian troops, it is still being operated and maintained by Ukrainian crews.