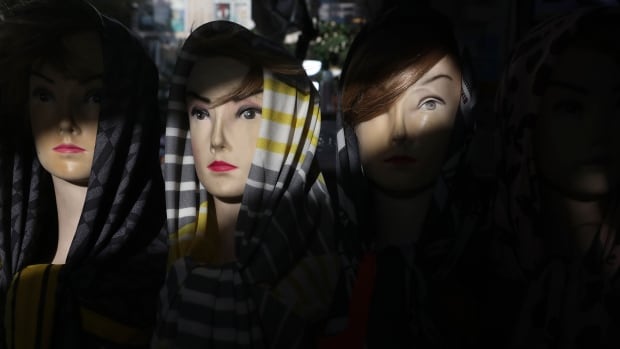 Iran’s president has ordered a case of a young woman who entered a coma while in custody in Tehran and died, state media reported on Friday. The police have said she suffered a heart attack.

According to the state-run IRNA news agency, President Ebrahim Raisi asked Interior Minister Ahmad Vahidi to “investigate the cause of the incident with urgency and special attention.”

According to reports on social media, Mahsa Amini, 22, was detained earlier this week by the so-called “morality police” after officers apparently found fault with her headscarf, or hijab.

The headscarf has been compulsory for women in Iran since after the 1979 Islamic Revolution and members of the morality police enforce the strict dress code.

Police said on Thursday that Amini, who was arrested on Tuesday, was taken to a hospital after she allegedly had a heart attack while in custody. Pro-reform news websites quoted her uncles as saying she had in the history of heart disease.

On Friday, police said there was no violence toward or physical contact between officers and Amini while she was in custody. Police also showed closed-circuit footage appearing to show Amini inside a police station with other detainees.

Iran’s ‘morality police’ in the spotlight

At one point she stands up from a chair, goes to speak to another woman, then holds her head with both hands, stumbles against a chair and collapses. In the next segment of the footage she is being carried away on a stretcher.

The official website of Iran’s judiciary, Mizan.news, said that Tehran’s chief prosecutor, Ali Salehi, ordered a police team of forensic pathologists to examine the medical aspects of the case.

Mahsa Amini’s death after injuries sustained in custody for an “improper” hijab is appalling. Our thoughts are with her family. Iran must end its violence against women for exercising their fundamental rights. Those responsible for her death by her should be held accountable # مهسا_امینی

Morality police officers in Iran have been criticized in recent years over their treatment of people, especially young women, and videos uploaded to social media have shown officers forcing women into police vehicles.

Iran’s supreme leader, Ayatollah Ali Khamenei, has supported a softer attitude toward women who do not comply with the official dress code.

But hard-liners have called for harsh punishment and even lashes, arguing that allowing women to show their hair leads to moral decay and the disintegration of families. The judiciary has, in recent years, urged people to inform on women who do not wear the hijab.

Since 2017, after dozens of women publicly took off their head scarves in a wave of protests, authorities adopted tougher measures.

Amini’s case has drawn condemnation from Iranian celebrities, athletes and other public figures.

Former pro-reform President Mohammad Khatami said the behavior of the morality police was a “disaster” while outspoken politician and former lawmaker Mahmoud Sadeghi called on Khamenei to speak publicly about Amini’s case.

Popular former soccer player, Ali Karimi, tweeted that while children of high-ranking officials are leaving the country, “our children are dying.”

Hossein Mahini, another former soccer player, addressed the morality police in a tweet, saying: “We hate you.”

The US special envoy for Iran, Robert Malley, tweeted that Amini’s death “in custody for an ‘improper’ hijab is appalling.” He added: “Those responsible for her death of her should be held accountable.”