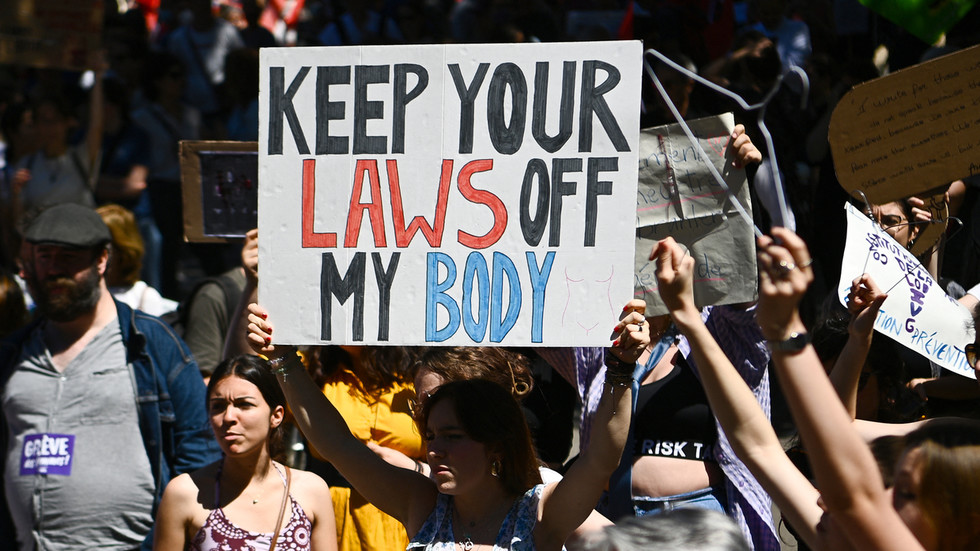 The National Assembly, the lower house of the French parliament, voted on Thursday to enshrine abortion rights in the country’s constitution.

French women have had the right to voluntarily terminate their pregnancies since 1974, but lawmakers are worried that access to abortion could be potentially curtailed in the future, especially following the introduction of additional restrictions in some US states and EU countries.

The bill, which now has to pass the conservative-dominated Senate, would amend the constitution in order to “guarantee the effectiveness and equal access to the right of the voluntary interruption of a pregnancy.”

“Our country is speaking to the world,” Mathilde Panot, an MP from the left-wing La France Insoumise (France Unbowed) party, said, arguing that the measure was necessary to “prevent the regression” of women’s rights.


“We don’t want to give any chance to people hostile to abortion and contraception rights,” she said. Justice Minister Eric Dupond-Moretti also backed the move, saying it was “more than necessary in these turbulent times.”

Marine Le Pen, the leader of the right-wing National Rally party, questioned the urgency of the bill last week.

“We are not in the United States. No political party in France is calling for the abolition of [abortion] rights. I don’t really understand what danger this request for an amendment is supposed to address,” she said.

In June, the US Supreme Court struck down its landmark 1973 Roe v. Wade decision, upon which the constitutional protection of abortion rights was based. In Poland, which already had one of the strictest abortion laws in the EU, most cases for the procedure were outlawed in 2020. Both countries saw rallies held in opposition and in support of the rulings.