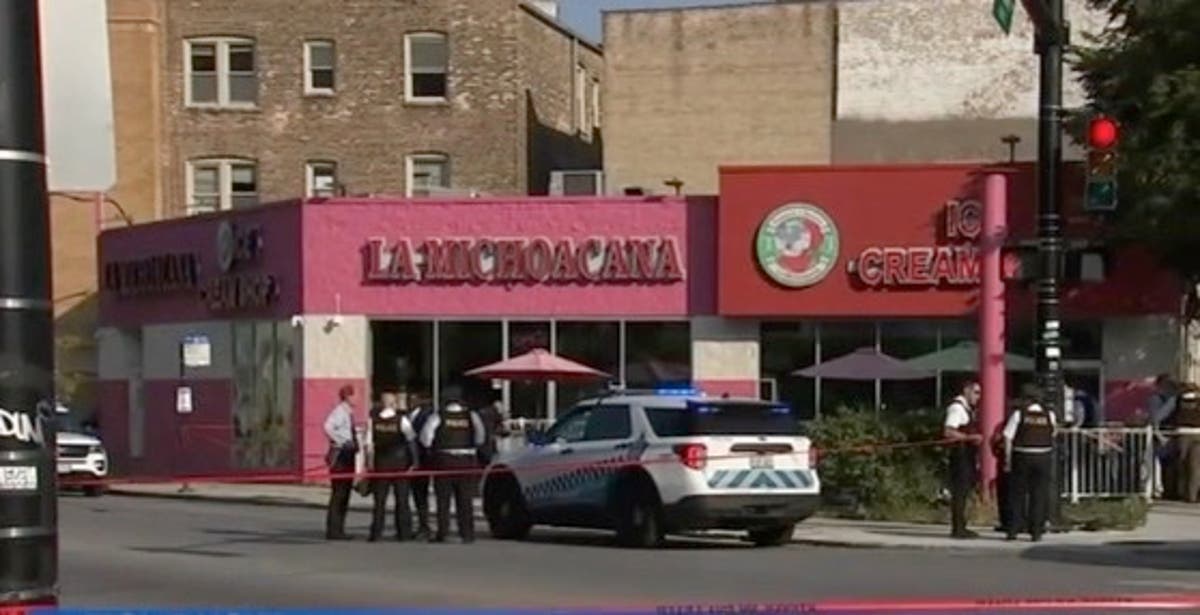 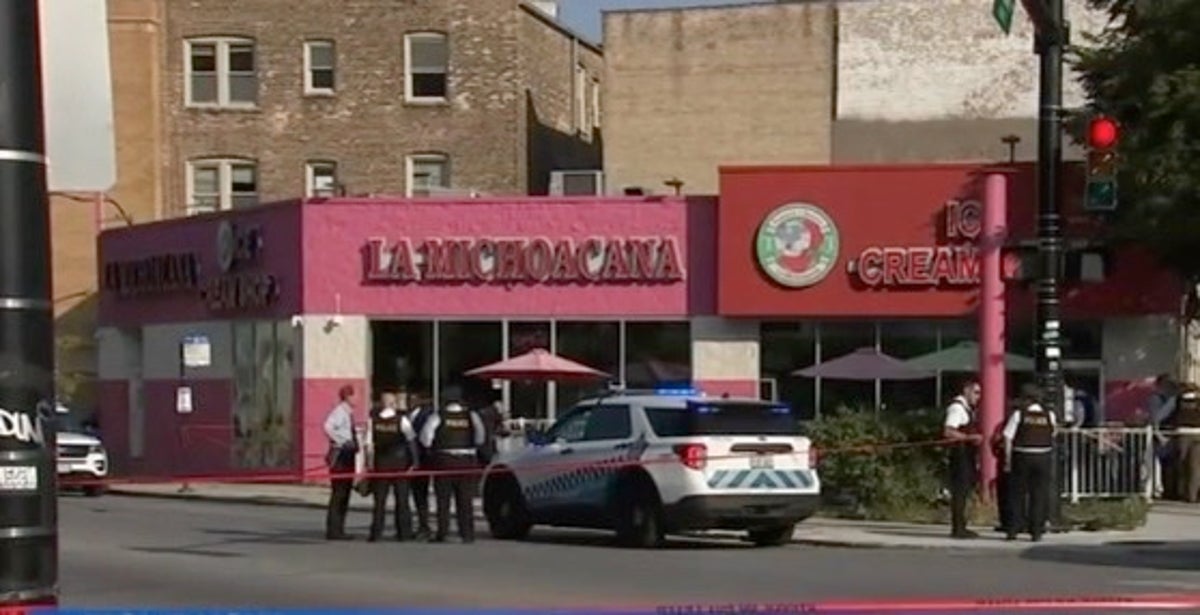 A 15-year-old boy has been left in a critical condition after he and three other students were ambushed in a drive-by shooting outside an ice cream shop close to a Chicago high school.

The shooting unfolded near Carl Schurz High School in Irving Park on the northwest side of the Windy City at around 2.45pm on Wednesday afternoon – just 10 minutes before some classes ended for the day.

Chicago Police said that a group of students were on the patio in front of the ice cream at the intersection of Milwaukee Avenue and Addison Street when a dark-coloured SUV pulled up.

A gunman opened fire from the car on the group of teenagers in the street before the vehicle sped away from the scene.

Four teenage boys were shot and injured in the ambush-style attack, including one 15-year-old boy who remains in a critical condition in hospital after suffering gunshot wounds to the face and neck.

The identities of the victims have not been released but authorities confirmed that two are students at Chicago Public Schools, one is a student at an alternative school while it is unclear if the 18-year-old is a student.

No arrests have been made, no suspects identified and the motive remains unclear.

Law enforcement officials planned to step up patrols around the school on Thursday, with the shooting coming on just the third day of the new school year.

Students had only returned to Chicago Public Schools from the summer recess on Monday.

In a press conference on Wednesday afternoon, Chicago Police Deputy Chief Robert Nieves said that most students were still in nearby Carl Schurz High School at the time of day the shooting unfolded but that the school does have staggered finish times so some students had finished classes and already left the building.

He described the situation as “very upsetting” and “frustrating” as he sought to reassure the community that the safety of children is “our number one priority”.

Students and parents who were collecting their children from school at the time of the shooting described the terrifying moment they heard gunfire erupt in broad daylight.

One student Eric Estrada told ABC7 that he was sat in class when he heard gunfire ring out.

“So I was in class, and right behind me I heard about four or five gunshots, and a few of us kind of ducked down when we heard that,” he said.

“A couple people were freaking out, and a couple others did cry. Not many people knew exactly what to do.”

When he looked out the window to see what was happening, he said he saw one victim on the sidewalk and another being taken to an ambulance in a wheelchair.

Investigators are asking anyone who was in the area and who saw anything to come forward with information.